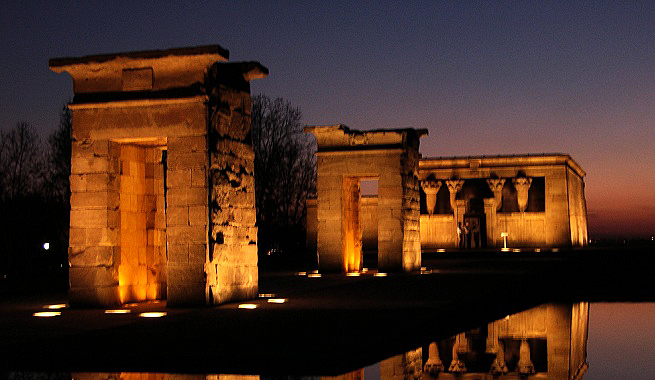 Madrid is a city full of places to discover. One of them is the Temple of Debod, an Egyptian temple that was moved to this Spanish city in 1968 as a gift from the Egyptian Government. This construction, which belongs to the Second Millennium BC, is open to the public in its current location: the Gardens of the Temple of Debod , on Ferraz street. The chapel that was initially built for the veneration of the gods Amun and Isis, is decorated with various reliefs. It consists of several rooms located around a central and original nucleus.

From the esplanade of this park , you can also enjoy unique views of the Casa de Campo, as well as the Almudena Cathedral and the Royal Palace . It is an ideal place now that this spring time arrives to sit and rest under a shade on a sunny day, read a book or simply spend an afternoon with friends.

📖  The best beaches and coves of Tenerife