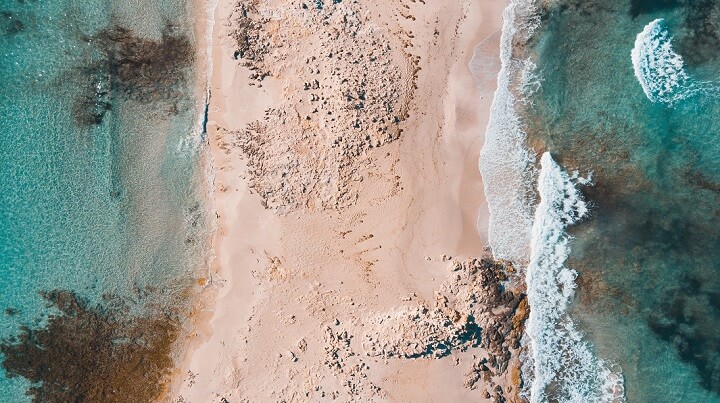 Spain is one of the countries with the best beaches in the world. It is true that it is not in an area as famous as the Caribbean, but that does not mean that its coast is spectacular. The millions of tourists who visit it year after year in search of sun rays know it, and so do those of us who live in any part of the Spanish geography.

There are so many beautiful beaches that it is appreciated to know the opinion of other people to visit the best in the country. This is exactly what TripAdvisor does, which collects the comments and scores of its users to develop a ranking like this one, which follows the one of the best beaches in Spain in 2017 with the odd change in the Top 10 . 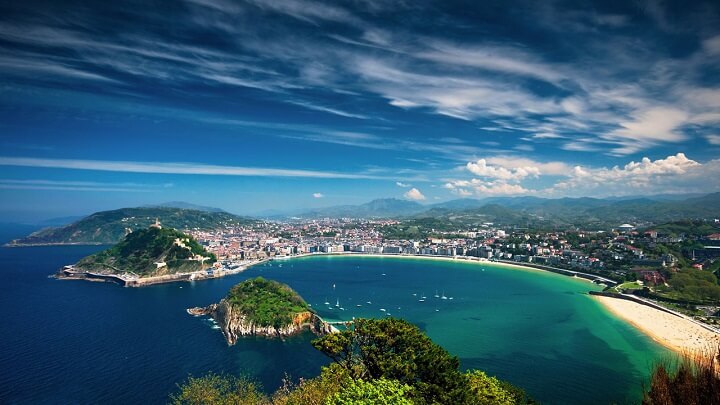 The Atlantic Ocean makes its waters colder than those of the Mediterranean Sea, but despite this the beauty of La Concha beach means that one does not want to miss the opportunity to take a dip or walk along the 1,350 meters in length. that measures its shore. It is a popular urban beach between June and September that has a couple of attractions that attract the attention of any visitor: Mount Urgull and the island of Santa Clara. 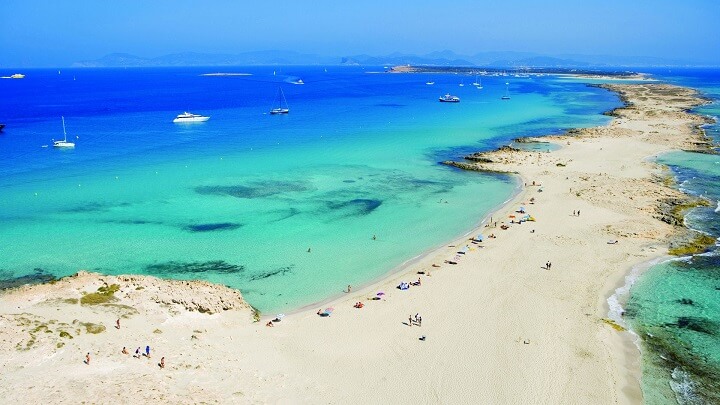 Formentera is the closest thing to paradise thanks to the vast majority of its beaches, but there is one that stands out above the rest and that allows it to be in the main beach rankings on a continental level. Ses Illetes, with its transparent waters and sand that tends to have a curious pinkish hue, is a 450-meter-long sandy area located in the Las Salinas Natural Park. We could say that it is a kind of natural pool. 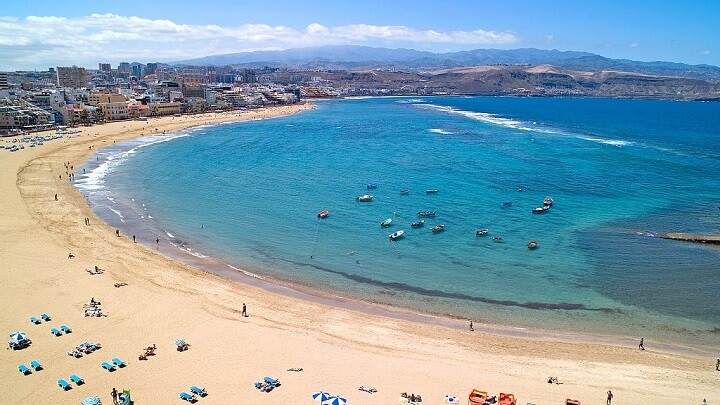 It is one of the best in the Canary Islands without a doubt. Las Canteras is an urban beach several kilometers long where you can enjoy good weather for much of the year. Of that and of a spectacular seabed that makes it ideal for snorkeling. In addition, it is quite common for people to surf at its southern end, which does not mean that the waves are weak on the shore and children can play safely.

📖  The Royal Palace of Aranjuez 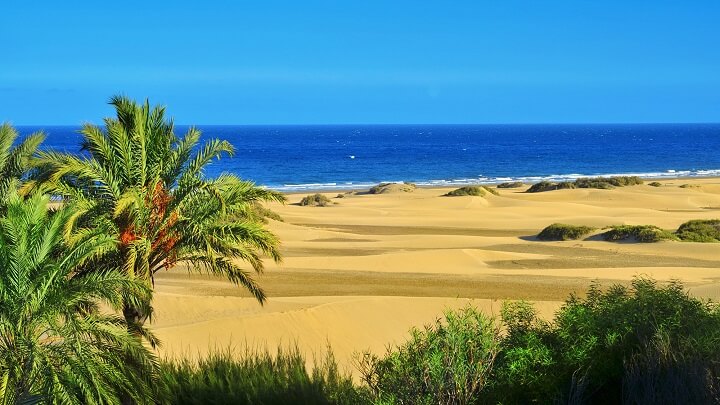 There are many reasons to visit Maspalomas, such as its beautiful old town or its lighthouse, which is located a few meters from its huge beach with dunes, where one can take refuge in the most solitary areas to practice nudism. You can also practice water sports and party in Maspalomas and Playa del Inglés, where it is not difficult to find nightlife venues. 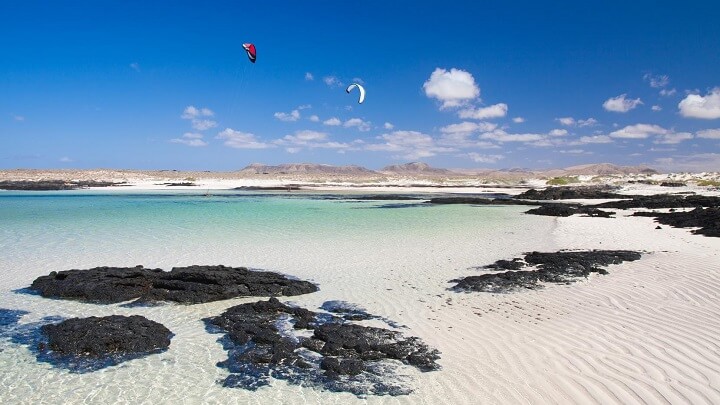 From Gran Canaria we are going to Fuerteventura to talk about a beautiful piece of coastline, the one that belongs to El Cotillo. It is a fishing village where everyone goes asking about its natural lagoons, which are well protected from the waves and have crystal clear waters to the limit. That, added to the white sand, makes it an ideal place for families, although it must be borne in mind that there are no services, so you have to be well equipped. 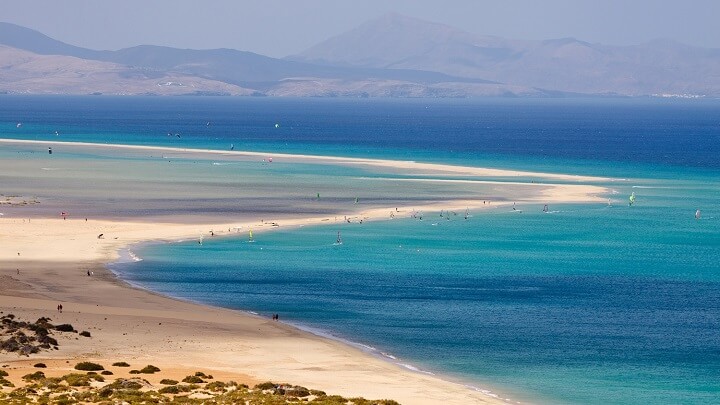 This other beach in Fuerteventura deserves to be in the ranking of the best in Spain for being quite unspoilt (there are not many hotels in the area) and for offering perfect conditions for swimming. We could say that it is divided into three areas: Playa Barca, Risco del Paso and «Mirador» . These are the three accesses to this beach where some go to get started in the world of windsurfing and kiteboarding. 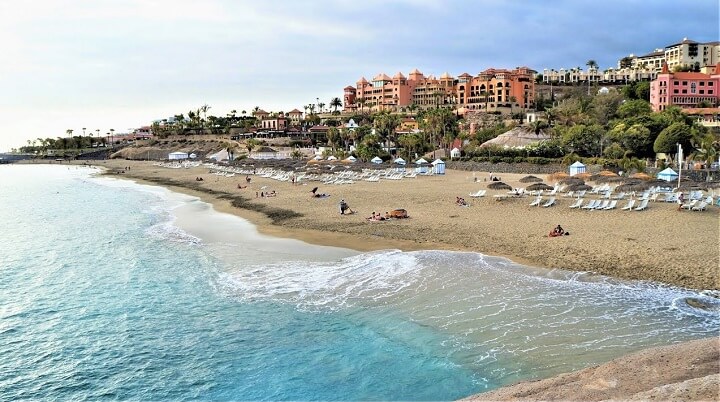 It measures 390 meters in length by 60 meters in width and is the best beach in Tenerife, which by the way does not enjoy a very good reputation when it comes to talking about sandy areas, since they have nothing to do with what we are used to seeing in travel agencies. If it succeeds, it is because in this case the sand is clear , something that is not repeated many times on the Tenerife coast. In addition, it is an urban beach that does not lack services such as hammocks and umbrellas, parking, restaurants … 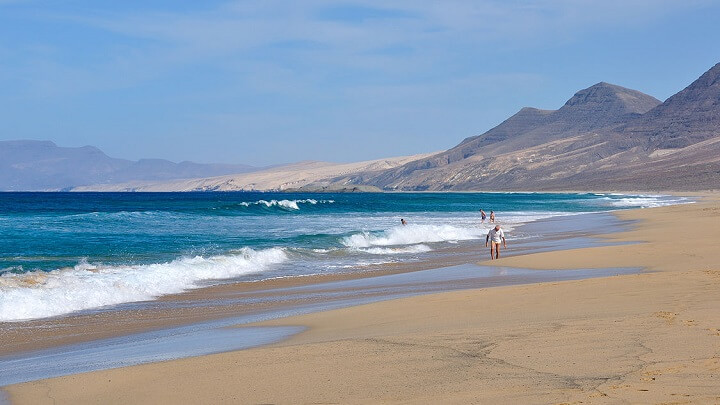 We return to Fuerteventura to talk about the Cofete beach, which is undoubtedly the most famous virgin beach in the Canary Islands. It has a length of more than 12 kilometers and is very popular for the landscape, of which we can highlight the Massif Montañoso de Jandía. Of course, you have to be prudent when bathing, since the ocean currents make it dangerous at times. That is why it is not a recommended beach to go with children. 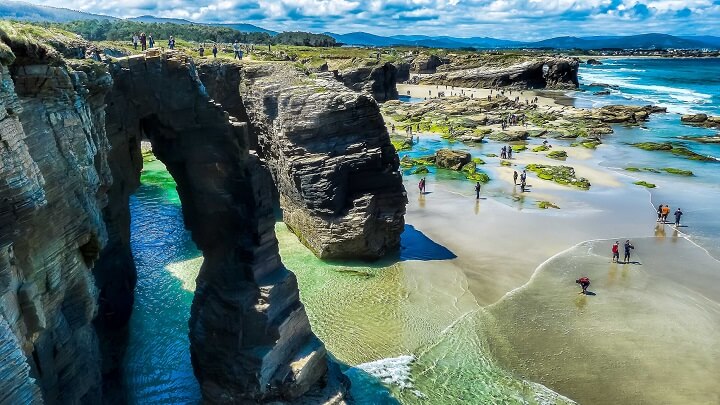 It is one of the most beautiful beaches in the north of Spain. In Ribadeo, which by the way is a beautiful town, almost all eyes are on this beautiful sandy area in the province of Lugo. Although its original name is Playa de Augas Santas , it has adopted the name Playa de las Catedrales because the rock formations that characterize it have the same shape as the exterior arches of Gothic cathedrals. 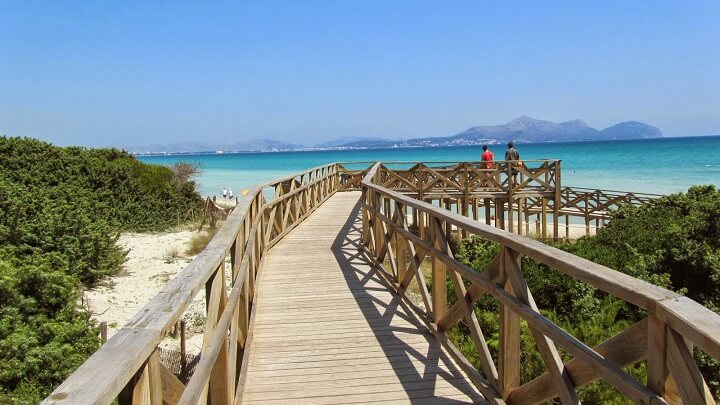 On an island as complete as Mallorca there are incredible beaches, as is the case of Playa de Muro, which by the way is the longest in the place. It is about six kilometers long and has white sand, although there are also some dunes. It is easily accessible, there are services of all kinds and its waters are of a turquoise color that makes you fall in love. In addition, to cover it, you have to take quite a few steps towards the sea, which is why it is very frequented by families with children. It is very close to the beach of Port d’Alcudia, a very touristy area where it is not difficult to find accommodation.

Recommended article: 10 islands where you would spend the rest of your life