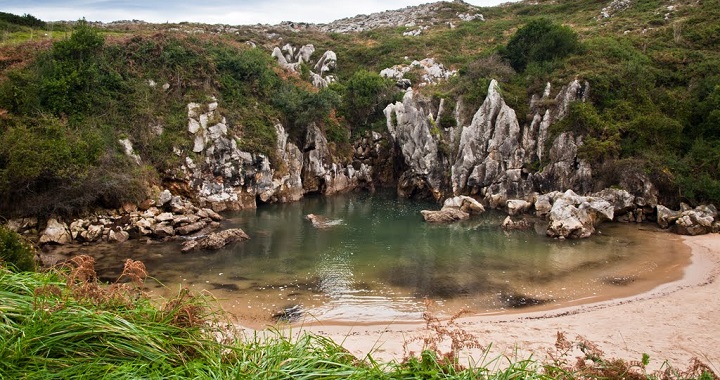 Spain is one of the best countries to spend summer holidays, since in addition to having one of the most spectacular coastlines in all of Europe, it offers many other alternatives to cool off during the hottest days of the year. And without having to go to the coast! We are referring to the many rivers, river beaches, lakes, swamps, reservoirs, natural pools and pools that exist throughout the territory.

As we have just mentioned, there are many places to cool off in the interior of the peninsula. However, today we want to show you a natural pool that is very close to the sea. It is Gulpiyuri , in Asturias, one of the most spectacular natural corners of Spain. And, as you can see in the images, it is a real beach without a sea. Do you want to know more details about this impressive place? Well, do not miss anything that we tell you below!

As we were telling you, Gulpiyuri is a natural pool located in Asturias, specifically between the coast of Llanes and Ribadesella. Despite being less than 50 meters long, it is a really beautiful enclave, since the sea water reaches here through a set of underground caves forming a beach in the shape of a semicircle. In addition, over the centuries the fine golden sand has been reaching the place, so its appearance, despite being 100 meters away from the coast, is of an authentic beach. So much is its beauty and its peculiarity, that it has been declared a Natural Monument. The only bad thing is that in high season it gets very crowded. 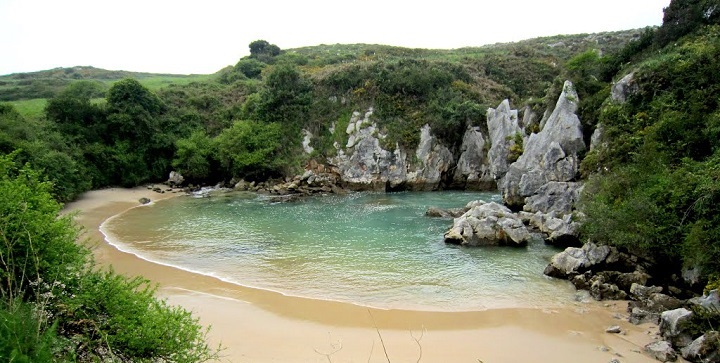 Far from being a typical beach

It is important that you keep in mind if you want to go to Gulpiyuri that you can bathe depending on the tides. Therefore, we recommend that you inform yourself before going. On the other hand, at high tide the water touches the grass. Thus, you must be clear that on this beach you will not be able to place a towel or an umbrella, nor lie in the sun to get dark or play paddles. In addition, due to the shallowness of the water, the only option is to do it lying bathing. Of course, there is no beach bar or showers either. Of course, contemplating this wonderful spectacle of nature is worth it. 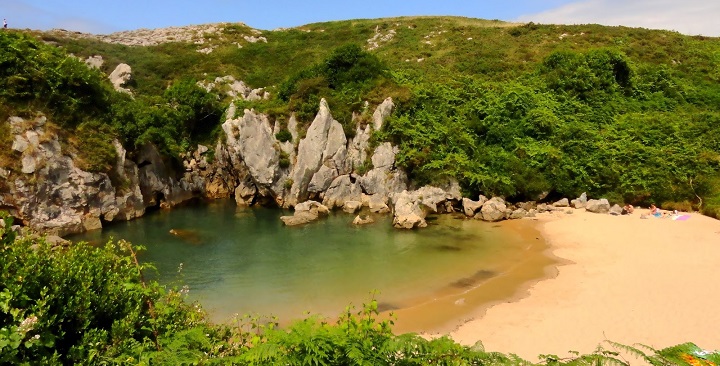 As we have mentioned before, the main drawback of this beach is that in high season it is usually too crowded. In fact, due to word of mouth and the fact that many national and international tourist publications consider it an authentic spectacle of nature, visitors in the last five years have multiplied, being the most visited beach in the entire municipality of Llanes and one of the most frequented in Asturias. Fortunately, thanks to its isolation and despite the influx of people, the place remains quite well preserved.

📖  What to see in Calpe, Alicante 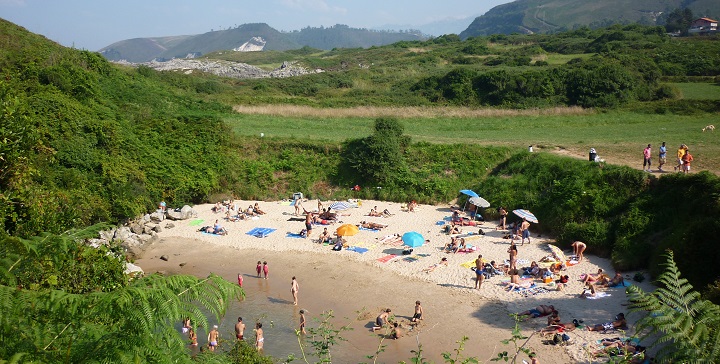 Llanes is not only the Asturian municipality with the largest number of beaches, but it is also a monumental and marine town with a lot of places of interest: its port, the stately colored houses, the cobbled streets, the historic center, the so-called Cubos de la Memoria, the coastal path that passes through areas of buffoons … Of course, we cannot ignore its exquisite cuisine and the fact that it is a place where many films have been shot. In fact, there is a cinematic route.