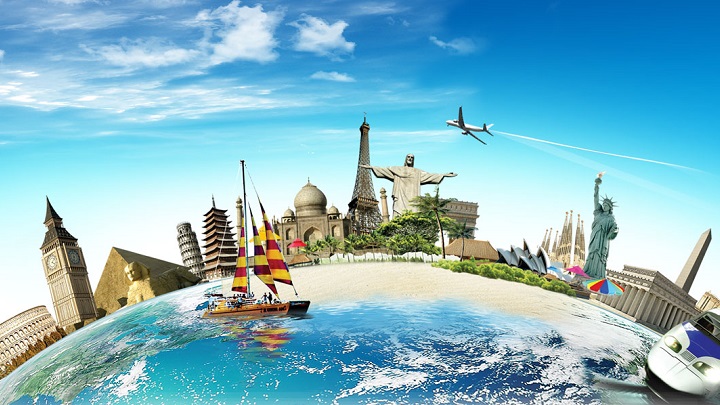 Are you already thinking about the destination for your next vacation? Well, if you are still not sure which corner of the world you want to travel to this time, the best thing you can do is inform yourself well about those places you have in mind in order to know which of them can really offer you what you want. In Vuela Viajes you will find a lot of super useful information about a lot of places.

The tourist videos that we are going to show you today can also be very practical. They are the winners of a contest organized by the 21st General Assembly of the World Tourism Organization ( UNWTO ), which has just been held in Medellín, Colombia. The contest awards the best tourism promotional videos from the member states. On this occasion, 51 films have been presented. Do you want to discover the winning videos? Well, do not miss anything that we tell you below!

The winning video for the Africa zone was Tunisia: “Tunisia: I Feel Like”. In less than 4 minutes, we can see how this country is ideal for adventure sports, whether in the middle of the desert or the ocean, enjoy its beautiful beaches , ride a camel, contemplate spectacular landscapes, visit typical markets and discover its rich historical heritage.

📖  The best Natural Parks in the world

The video from Ecuador has been the winner of the American zone, something that does not surprise us, since the images are most evocative. "All You Need is Ecuador" ("All you need is Ecuador"), is the country’s tourism promotion campaign that was activated simultaneously in 19 cities around the world (seven of them Ecuadorian) on April 1. The objective was clear: to promote the country as a world-class tourist destination. Without a doubt, seeing the images makes you really want to visit it.

“Think Hungary – More than expected” is the winning video in the European category. Published in November 2013, it shows all the faces of Hungary, a country that receives more and more tourists. Thus, they tell us about its romantic culture, its inspiring cities, the Héviz thermal lake, its spectacular Balaton lake, its medicinal baths, its ingenious innovations and its gastronomy.

The promotional video for Macau, China, has been the winner of the Pacific and East Asia. Published by the Macau Government Tourism Office, "Vibrant Moments Experience Macau" shows everything that can be found in this Chinese corner. According to Lonely Planet’s authoritative travel guide, Macau is one of the top 10 regions in the world in 2015.

📖  The best destinations in South America in 2015

The best video from the Middle East has been the one presented by Palestine, entitled “Spirituality of Palestine”. As you may have imagined from the title, the images are intended to show the spirituality that can be lived in this intense country that, despite the conflicts, is visited by thousands of tourists every year.

The award for the best promotional video in Southeast Asia went to “Maldives MMPRC 30s 29 04 15”, a video that shows the best of the Maldives in just 32 seconds. Thus, we can see its impressive beaches, its beautiful crystalline sea, its impressive resorts and its rich marine life, among other things.

Finally, we have to talk about Colombia, whose video has been the winner in the “ People’s Choice ” category thanks to the votes cast on social networks and on the organization’s websites. The video, entitled “Colombia is Magical Realism Ad”, shows us some of the many wonders that we can find in the South American country.