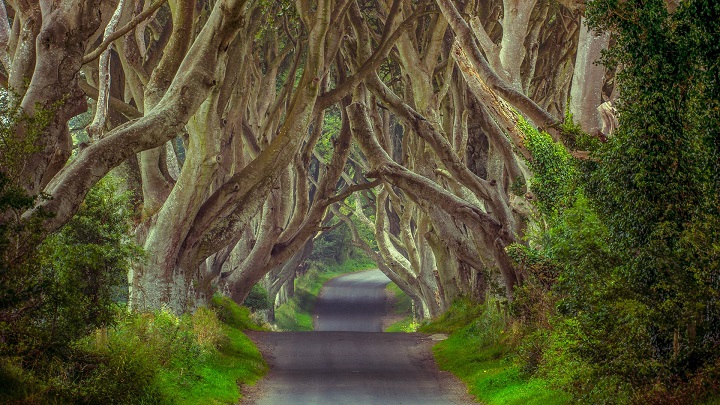 Are you a fan of " Game of Thrones "? Well, surely you are waiting like crazy for the premiere of the new season! However, there is still much left for us to discover the fate of the most iconic characters in the series. To make the wait more enjoyable, what you can do in the meantime is discover some of the most iconic settings of the series.

A few weeks ago we already told you about the places in Spain where the sixth season of HBO fiction will be shot. Without a doubt, visiting these scenarios can be a great plan for lovers of the series in our country, since they are accessible places. Of course, if you do not mind taking a plane to discover the corners where the series has been recorded, then it will be better not to miss anything that we tell you below, since we are going to talk to you about the corner where one was filmed. of the most emblematic scenes of the plot: the escape of Arya Stark along the Royal Road after the execution of her father. We refer to The Dark Hedges , a mysterious journey located in Northern Ireland. Do you want to discover it?

The place that we are going to show you today came out at the end of the first season of "Game of Thrones." As we have just told you, it is about the path by which the little Stark fled after the execution of her father in King’s Landing. The Dark Hedges is located in Ballymoney, a town in Northern Ireland that has seen many people coming to this Irish area in recent times. In fact, this corner is so popular nowadays that it is practically impossible to enjoy a moment of solitude. In the following image you can see the scene we are telling you about. 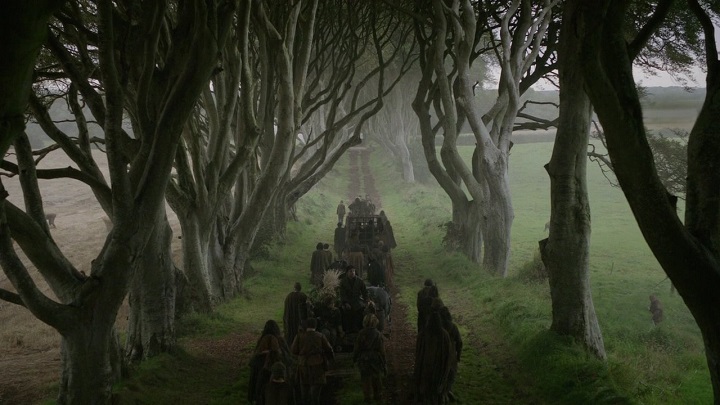 The Dark Hedges is actually a stretch of the Bregagh Road. However, it has little to do with the roads that we are used to seeing, as it is tremendously beautiful. The path is surrounded by beech trees whose branches intertwine, forming a kind of tunnel. Thanks to the shadows and lights, the place acquires a mysterious and even gloomy tone, which amazes all those who have the opportunity to enjoy it. The best thing is that the place offers a different landscape depending on the time of day or year in which you visit it.

Although this stretch of road has become popular after its appearance in "Game of Thrones", the truth is that it was created in the 18th century by order of the Stuarts , one of the richest families in the country, who wanted all those who visiting his Georgian mansion Gracehill House will be truly impressed. Today, the magnificent Stuart home is a golf club, but the path remains largely intact.

📖  Private islands with cheap rent for this summer 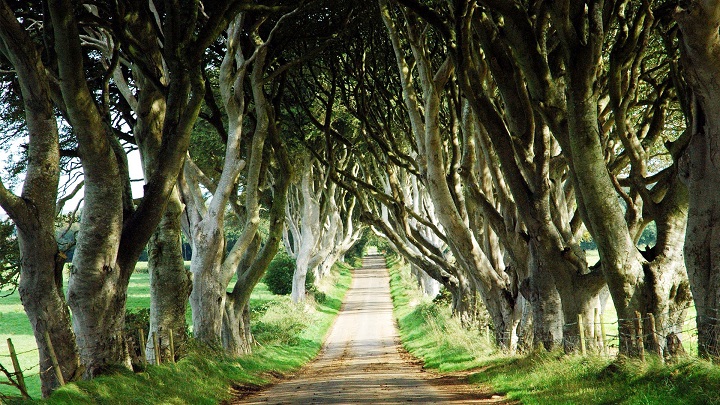 How could it be otherwise, this dark path is linked to some legends. The best known has to do with Lady Gray ( Gray Lady), a supposed servant of the Stuarts who died more than 150 years ago whose spirit wanders under the trees. However, some say that the legend was invented by the lord of the house so that his daughters would not be tempted to walk through this place. Of course, others say that during the night of Halloween Lady Gray and other tormented souls wander among the dark hedges of the road. Taking these stories into account, would you dare to visit this wonderful stretch of road?