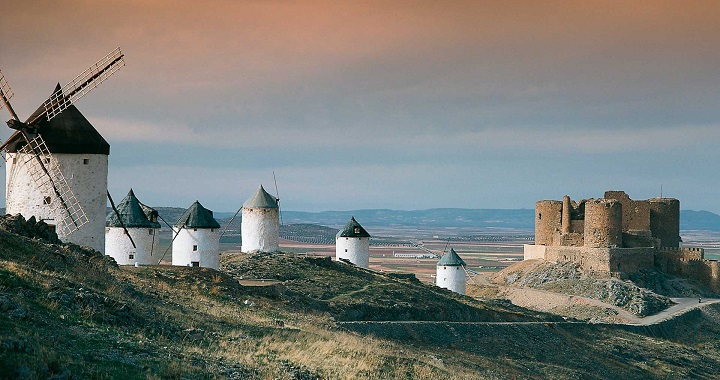 Located in the heart of the Iberian Peninsula, Castilla-La Mancha can boast of having 32,000 hectares of natural surroundings, so enjoying the surroundings is one of the best things to do in this autonomous community, although not the only one. In fact, you have to take into account both its gastronomy, based mainly on cheeses, oils and marzipan; like its vineyards, which offer some of the best wines in the country. Of course, we cannot forget the Literary Route of Don Quixote de la Mancha.

As you can see, Castilla-La Mancha has a lot to offer, although today we want to focus on its beautiful towns , showing you some of the most beautiful. Would you like to join us? 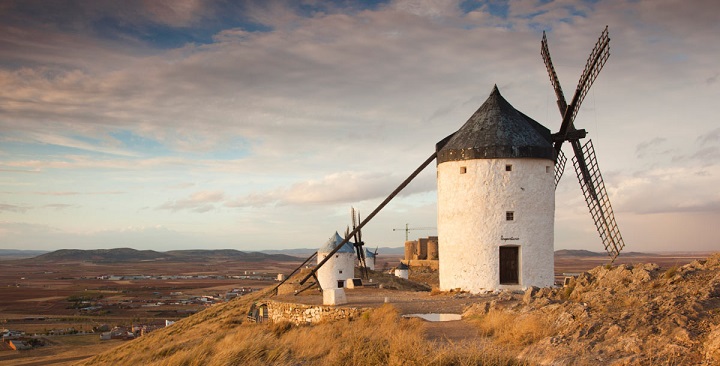 The first place we want to talk about is Consuegra, known as "the last town in La Mancha." Its windmills stand out, which are perfectly preserved, in addition to its monumental heritage made up of churches, hermitages, squares and quiet streets. In addition, we cannot forget the Cerro Caldérico, which is crowned by a medieval castle. 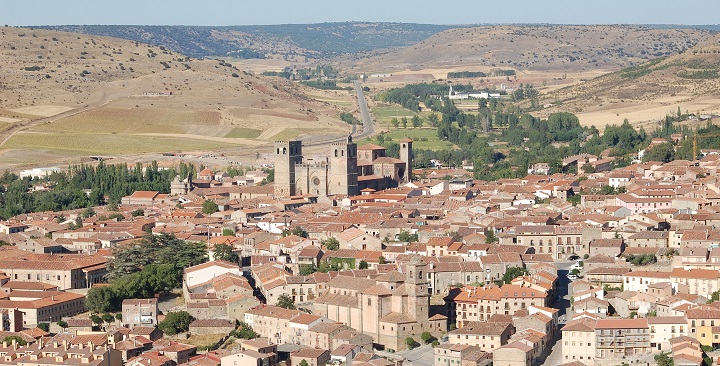 Sigüenza could not be missing from this list, a municipality located in the north of the province of Guadalajara that has a rich architectural heritage, which was declared a Historic-Artistic Site in the 1960s. Its castle, currently a Parador de Turismo, stands out. the cathedral and the Plaza Mayor. 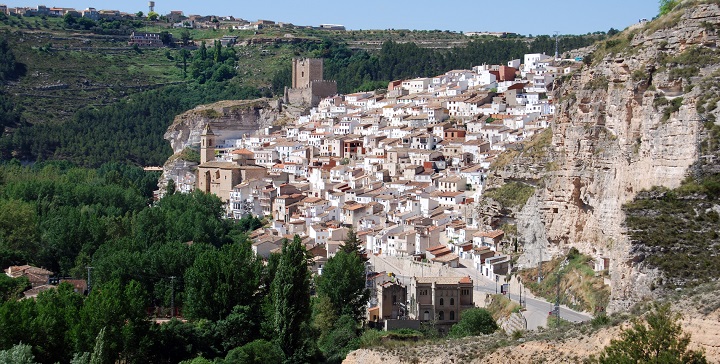 Located on a hill that has a gorge formed by the Júcar river at its feet, Alcalá del Júcar surprises with its narrow streets and its old but well-preserved houses. Of course, what most attracts the attention of this beautiful town is its castle , from where you get magnificent views. Also noteworthy is the Roman bridge over the river, the parish church of San Andrés, the natural caves and the curious bullring.

📖  Tour of the Black Architecture of Guadalajara 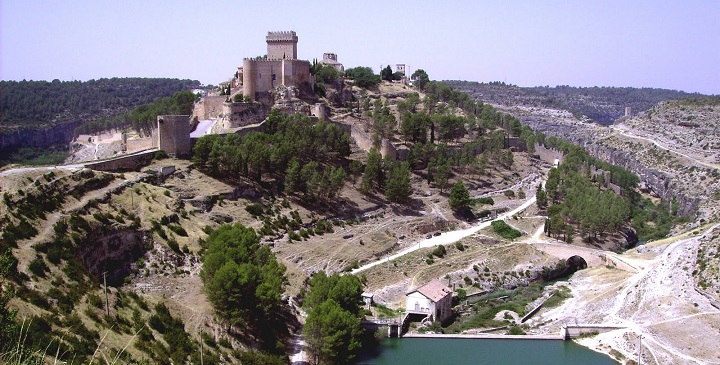 The next town on our list is Alarcón, located in the province of Cuenca, specifically between the Júcar gorges. Also declared a Historic-Artistic Site, this town preserves the walled enclosure that surrounds much of the town practically perfect. Its castle stands out, the scene of important historical moments during the Reconquest; and its Plaza Mayor. 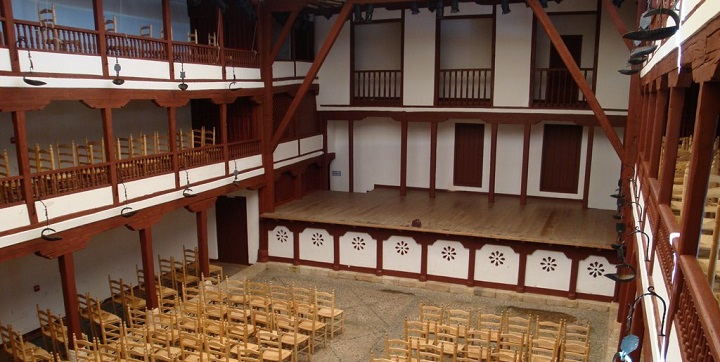 Declared a Historic-Artistic Site, the town of Almagro is closely linked to the history of the theater . In fact, here you can enjoy the National Theater Museum, the International Festival and the Corral de Comedias. 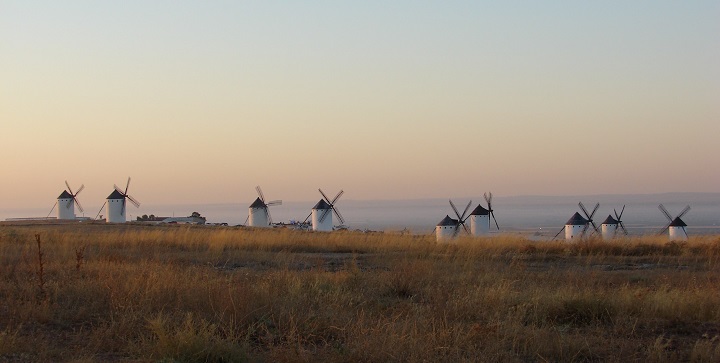 Another town that could not be missing from this list is Campo de Critpana, in Ciudad Real, which preserves the image that Cervantes gave us with Don Quixote. In fact, three of the "giants" that the author described are preserved. These are Los Molinos, which have been declared a Site of Cultural Interest. The best thing about this place is that it combines culture, tradition , landscape and literature, being essential visits to Cerro de la Paz and the old quarter of the town, the Albaicín Criptano.

📖  The most beautiful towns in Ávila 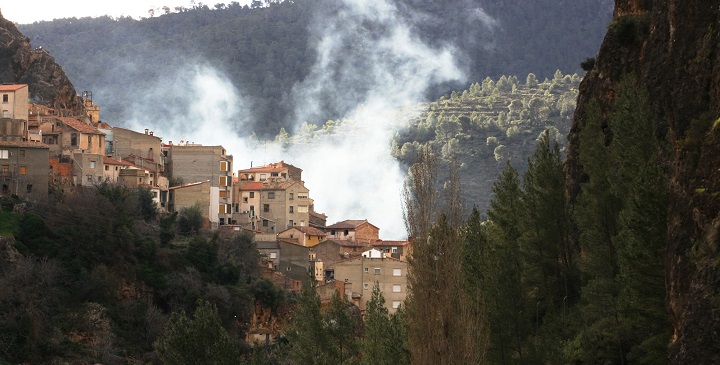 We return to Albacete to tell you about Ayna, a picturesque town located in the gorge of the Mundo River. Of its rich artistic heritage, the hermitage of Nuestra Señora de los Remedios stands out, covered by a coffered ceiling in the Mudejar tradition; the Castillo de la Yedra, which is of Islamic origin and the Mirador del Diablo. 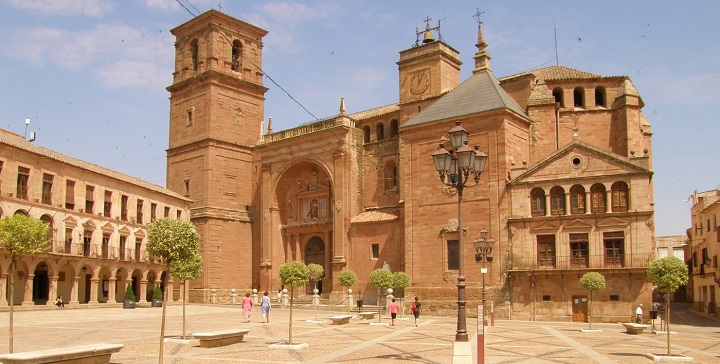 In Ciudad Real we find Villanueva de los Infantiles, which stands out for its important architectural heritage, being able to find numerous religious buildings, palaces and mansions from the 16th and 17th centuries. 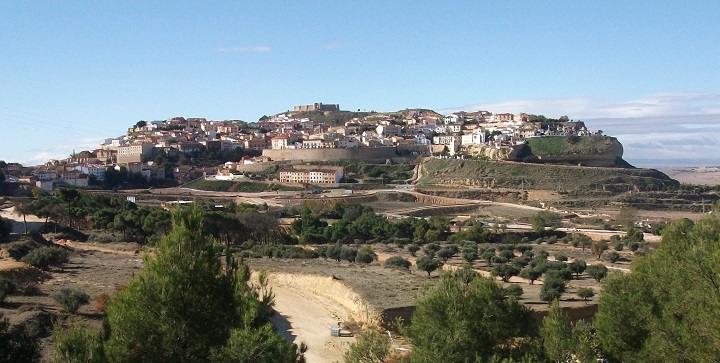 We also want to talk to you about Chinchilla de Montearagón, a town located on a hill in Albacete where we can find a 15th century castle and a beautiful medieval urban complex, where you can find large houses, patios, Arab baths, houses with coats of arms and important buildings. religious. 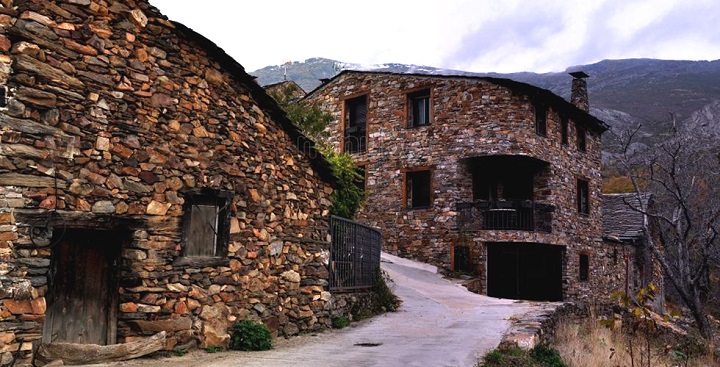 Finally, we are going to tell you about Valverde de los Arroyos, which is one of the greatest exponents of what is known as black architecture. Located in the province of Guadalajara, in the valley where the stream of the Chorreras is located, it has a main square surrounded by popular buildings of great beauty.