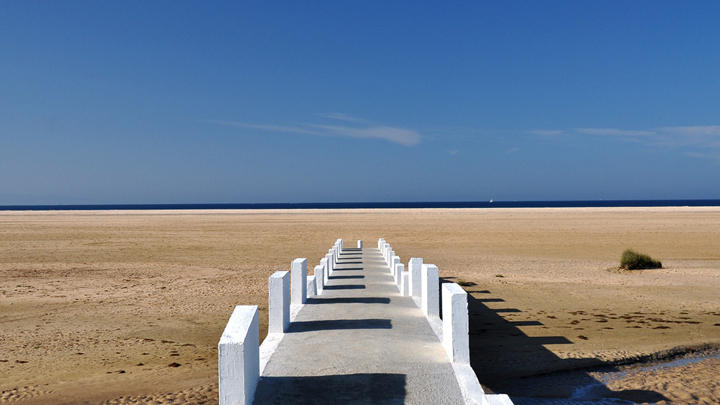 Cádiz is one of the beach destinations that attracts a large number of tourists every year. And, this year, with the pandemic, it has become one of the areas of Spain that appears in the Top of the favorite destinations for Spaniards. Reasons are not lacking. It is a province with great tourist possibilities and to enjoy a summer from the cultural point of view, to visit towns and municipalities … and also to the beach . An option the latter in which we focus on this occasion so that you know different proposals that you will surely like to spend days of sun and beach and, even, water sports. And, one of the favorite destinations within Cádiz, is Tarifa . Specifically, this town is chosen by all those who are fans or lovers of water sports such as surfing or windsurfing, among others, due to the characteristics of its beaches. But the beaches of Tarifa are much more.

Among the most beautiful not only in Cádiz, but in Spain, is Bolonia Beach, which is about 20 minutes from this town. Upon arrival, the first thing that catches your eye is its crystal clear waters .

It is one of the last virgin beaches on the Cadiz coast, which is also characterized by being large , since the beach is shaped like a crescent, almost four kilometers long, with fine white sand and 70 meters in width.

And all this under a dune , which is of great beauty, which reaches 30 meters in height, seeing impressive views from it. And, of course, you must not forget to see the Bolonia pine forests where the pinyon forests are found. Not surprisingly, it is located in the municipality of Tarifa and the Estrecho Natural Park. 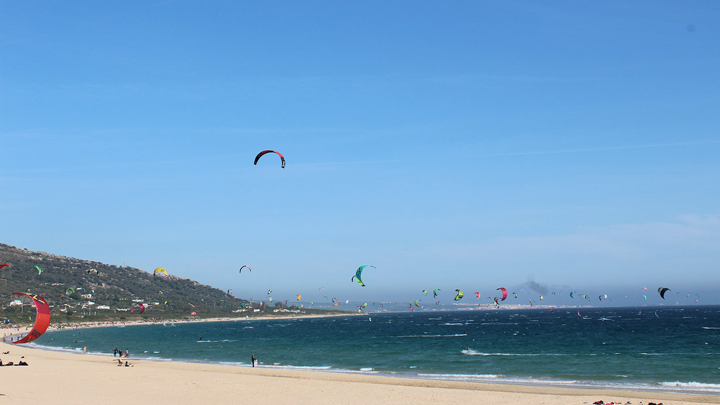 Another option in Cádiz is the Valdevaqueros Beach, which is also very large, although this time it is more oriented to water sports , which are enjoyed a lot in its blue waters and by the wind that blows for, for example, windsurfing.

Its length is just over four kilometers and its average width is 120 meters. It is a little urbanized place that is far from the large population centers , but it has a lot of charm because in the west is the mouth of the Valle River , which forms a wide estuary that runs along the beach.

You can also see, in the western part, the extensive dune , which was formed during the 1940s by the stationed military authorities and which was later fixed by a repopulation of pines , among other species present in this ecosystem.