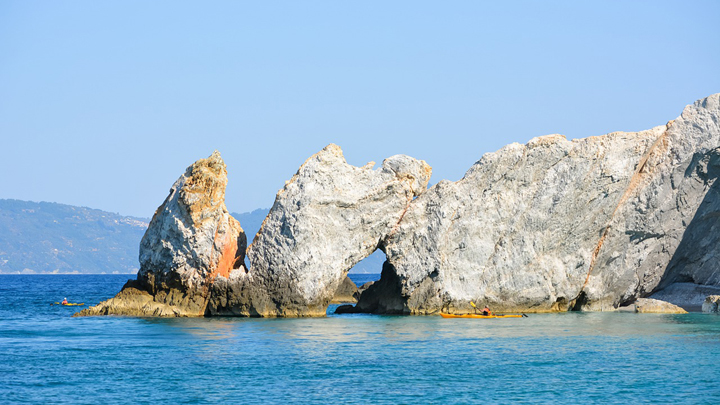 Greece is one of the countries that receives the most tourists every year. It is a destination that, in addition, tends to repeat itself because there are many places to see both in its interior and its islands. In addition to the most touristic points, there are also other places in the country that are less known , but of great beauty and that are another way to visit and learn about the Greek essence .

The Greek islands are well known, but you always tend to go to them. On this occasion, the trip takes us to the Sporades Islands , among which Skiathos and Skopelos stand out .

They are islands that receive a lower influx of tourists compared to the Cyclades or the Ionians, but they have many attractions . Not surprisingly, they have been the chosen setting for filming films like ‘ Mamma Mia ‘.

These islands are located within the Marine Park , which is a national reserve for the protection of endangered species such as, for example, the caretta turtle or Eleanor’s hawk, among others. 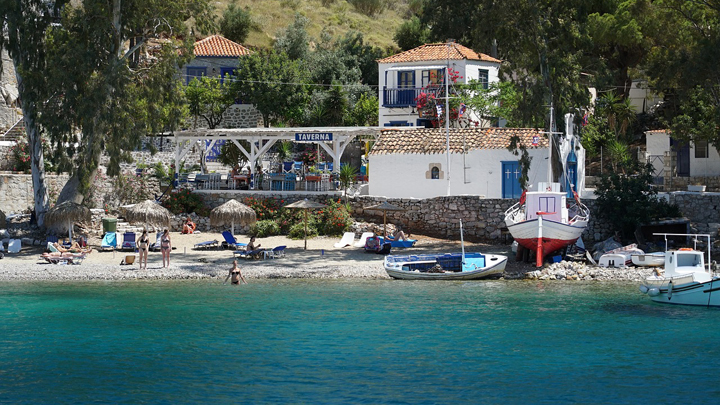 Within Skiathos, one of the must-sees is Koukounariés beach , which is considered the best in Greece, being one of the busiest during the summer months, although it can be visited outside of the high season.

Skopelos is another good destination for tourism. This island stands out for its monuments such as the church and the Venetian fortress , whose appeal is enhanced by the landscape. And it is that they are in an area of vineyards and olive trees .

And, continuing with islands, another good option is Hydra . The peculiarity, and in part there also lies its charm, is that the use of cars is not allowed. It is a totally prohibited vehicle.

To move around the island, you have to use other alternatives such as the donkey ride or bicycle or the curious water taxi . There is, of course, also walking .

Whatever the means to travel, the route has to include stone houses whitewashed, the historic harbor where moored sailboats and caiques and the port of Hydra, which is shaped like a crescent around which are the beach, the few commercial establishments and the noble houses built by Genoese and Venetian architects . Another alternative is the places that famous people who were attracted to her like Leonard Cohen lived in.