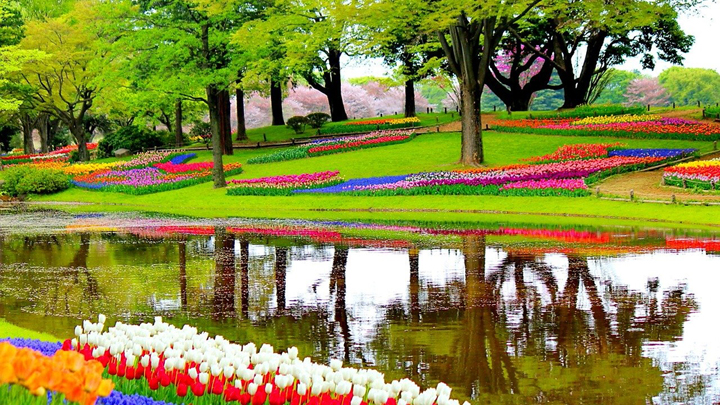 Enjoying nature while traveling does not imply going only to rural or mountain destinations … Within the different countries, there are environments that are truly dreamy and in which you are surrounded by nature, even close to cities. They are the gardens . Some of them are very famous, one of the most popular and visited being those of Versailles, in France. However, the options are multiple. A tour of them allows us, practically, to go around the world. Here we propose some of the most beautiful and curious , which can be taken into account to visit when going to the country or to do a garden route.

Although the gardens seem rather that they are more typical of European countries and located in the surroundings of the castles, the truth is that this is not always the case. In the American continent , there are some proposals that are among the most beautiful.

One of them is located in Mexico . Specifically, we are talking about the garden of the Pozas de Xilitla , which is characterized by being located in the middle of the jungle . The tour of these gardens, which date back to the 60s , makes users enjoy a walk through plants and nature , which is interspersed with beautiful pools of water, waterfalls …

Also within America, we have to talk about the Butchart Gardens , which are located on Vancouver Island, in Canada . These gardens, recognized worldwide and considered a National Historic Site of the country, are home to more than a million plants of more than 700 different varieties. This allows the gardens to always have flowers from March to October without interruption. 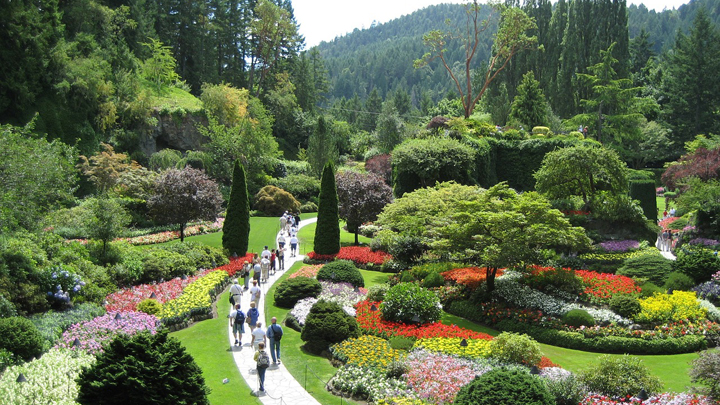 It is a garden that, in addition, was progressively carried out and that includes areas of the Japanese garden , the Italian garden or the rose garden , among other many attractions.

Europe is one of the continents with the most gardens. In addition to the well-known and most popular, there are others that are well worth a visit, although they may be somewhat less popular. For example, the tour takes us to France and to Claude Monet’s gardens , which are divided into two parts or zones. One of them is Le Clos Normand, while the other is the water garden, which has Japanese inspiration.

Le Clos Normand, you can see parterres with flower beds of different heights with a volume set is created, as well as fruit or climbing roses and other species in which varieties are as common as daisies and more special and difficult to see.

The water garden is characterized by its curves and its aesthetics that evokes the gardens of Japan , one of the main attractions being the Japanese bridge covered with wisteria . Nor should you miss the bamboo forest or the water lilies .

In Holland , you also have to make a stop to visit the Keukenhof gardens , which is not far from Amsterdam and is characterized by being one of the largest tulips , which are accompanied by mills and fountains. It is an impressive sight of more than 7 million bulbs in bloom.

📖  Stay in a jail during your vacation

In Italy , the stop is in the gardens of the Villa d’Este , in Tivoli. These gardens are reminiscent of those of Boboli in Florence , which are another good destination. Among its attractions are the musical fountains , as well as the marble sculptures and the water jets. A garden that is a UNESCO World Heritage Site.

On the Asian continent, we also find very attractive destinations such as the Nong Nooch Tropical Botanical Garden , in Thailand , which occupies an area of ​​more than 200 hectares and more than 15,800 accessions of plants distributed in four different areas . In addition, inside, shows are held.

And, finally, we must talk about China , where the Yuyuan Gardens are located, within which you should not miss the great rockery to see the best views of the garden from the heights, as well as the Jade stone of 3.3 meters high. There is also the interior garden with rocks, towers, ornamental ponds and flower walls.

And, since we are in China, you can also tour the Suzhou gardens (actually there are several gardens), which are a World Heritage Site. Its main characteristic is the harmonious combination of water , rock , plants and pavilions .