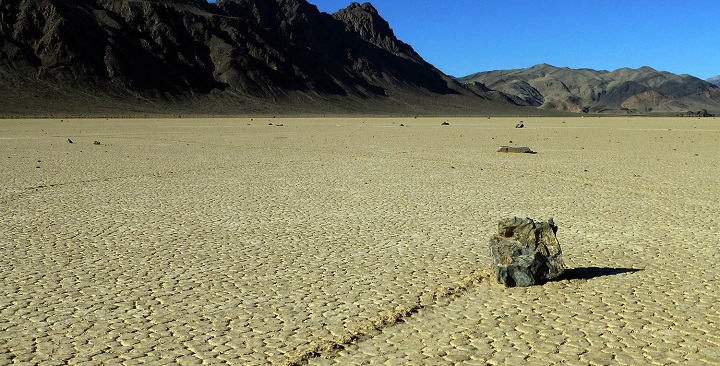 What do you think if today we cross the pond to discover one of the most mysterious corners of the planet? We are referring to the Death Valley of California, United States, an inhospitable area that lives up to its name, since the living conditions here are really harsh. Of course, this place has become world famous for the mysterious phenomenon that occurs here: rocks that move on their own. It was discovered in the late 1940s, although it wasn’t until a few months ago that the mystery has been solved.

Do you want to know more about Death Valley? Would you like to know the reason why the stones move by themselves in this place? Well, do not miss anything that we tell you below!

A place protected by mountains

Death Valley National Park is located about 330 kilometers northeast of Los Angeles, specifically within a desert that receives very little humidity. In fact, one of the peculiarities of this place is that the sky is clear during practically the whole year. About 100 miles long and 15 miles wide, the valley is protected by high mountains to the east and west. All these characteristics cause the temperatures of the place to be tremendously high. Thus, in July and August it is possible to reach 50º C and it rarely goes below 38º C at night. Therefore, the best time to visit this place is in winter (December and January), since the temperatures are more pleasant (about 20º C). 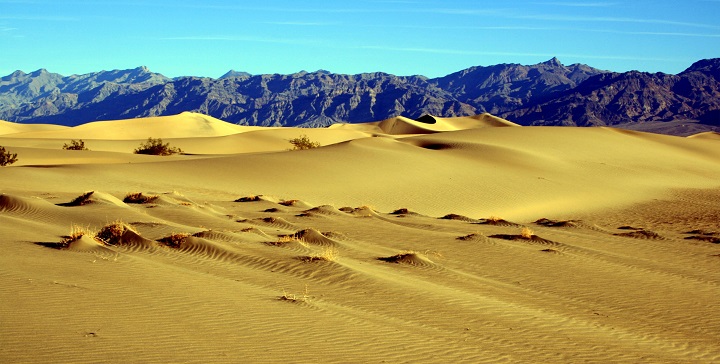 Beautiful landscapes despite the heat

Although it is a tremendously hot place, the truth is that it is also a very beautiful area, being able to find from the classic desert landscapes, to immense plains of white salt, passing through deposits of mineral layers on the canyon walls. Of course, we have to talk about the Arroyo Furnace, an area of ​​green bushes and palm trees with dates. Yes, it is a true oasis in the middle of the desert. If you have the possibility of visiting the area, you cannot stop contemplating the valley from Pico de Dante. Also, you should keep in mind that there are several routes and trails available to all explorers.

The mystery of the stones that walk alone

As we mentioned at the beginning, what made this place famous was the mystery of the stones that moved by themselves, a phenomenon that was discovered in 1948. The events took place in Racetrack Playa , a flat and dry lake located at 1,130 meters above sea level where you could see how the stones left their trace of movement. The funny thing is that the tracks were both straight and curved and could stretch for several dozen meters. 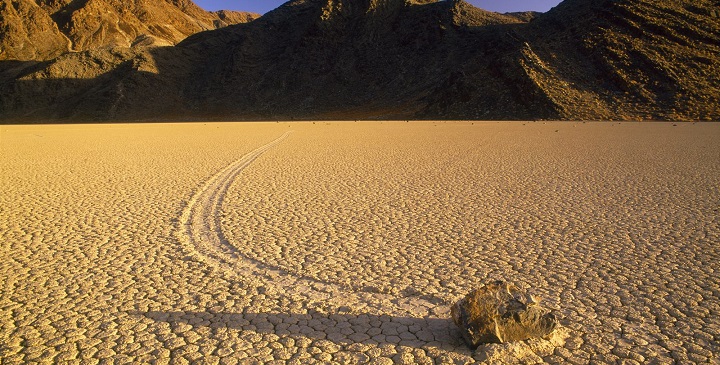 After decades of speculation (paranormal phenomena, alien interventions, strong winds, different geological theories….), Last summer a group of scientists managed to solve the mystery. In fact, they were the first witnesses of this phenomenon, since until now nobody had seen how the stones were moved live. In addition, they were able to take some images thanks to time-lapse cameras and other instruments, such as a weather station and a GPS. What the scientists discovered was that when it rained, a layer of water remained on the dry surface of the area, creating a very fine surface lake. At dusk, when temperatures drop, the water freezes forming a super thin layer of ice, like glass. When the ice begins to melt and crack in the morning, the icy plates move even though there are light winds, moving the trapped rocks in turn.