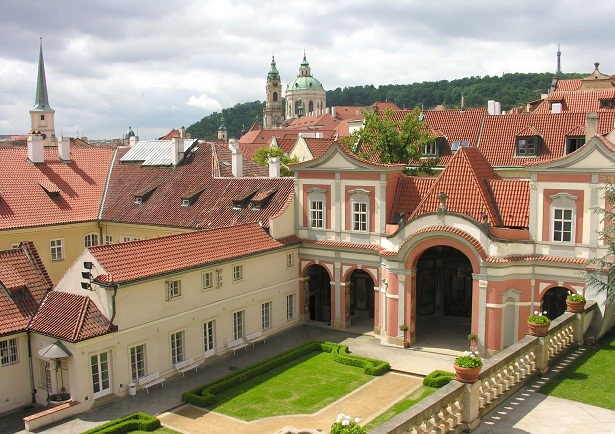 Prague is one of the most beautiful tourist destinations in Europe, a charming city that mixes architecture with greenery, historical buildings with modern parks, ancient history with all current modernity. Here we have told you on occasion what are the places of interest in Prague , which are many by the way. So today I will focus on one that I love and that when I travel to this beautiful city will undoubtedly be one of my first visits: the Prague Castle, which together with the historic city center was declared a World Heritage Site by UNESCO.

Called Prazsky Hrad , it is about 1,100 years old and is the place where different Kings , Emperors lived and even the Presidents of Czechoslovakia and the Czech Republic have had their offices there. It is in the Guinness Book of Records for being the largest castle complex in the world, with an area of ​​70,000 m2 and 570 m in length and 130 in width. Spectacular. There the Church of the Virgin Mary was built first, and later the Basilica of San Jorge and San Vito, as well as a convent. Later a Romanesque palace arrived until Carlos IV had this spectacular fortification built.

📖  The most attractive castles in the world

It has almost all the architectural styles since it was rebuilt on many occasions in all the centuries, so if you like architecture you will enjoy it a lot. Inside you can see an old Benedictine monastery that houses the world’s largest collection of 10th century paintings, as well as several palaces, defense towers and gardens, impressive gardens . There are also several museums, such as the National Gallery of Art of Bohemia, the Toy Museum and even a gallery of photos of the castle itself belonging to the collection of Rudolph II.

📖  The most famous cemeteries in Europe