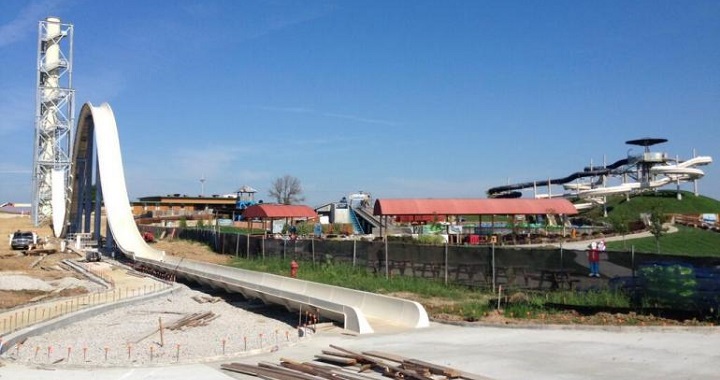 It’s called Verrückt and it’s located in the Schlitterbahn water park in Kansas City, USA. Yes, we mean the tallest and fastest waterslide in the world that is currently under construction and will open in the spring.

Verrückt is a German word that could be translated as " crazy ", a very appropriate name for a slide like this, which allows you to jump into the void from a height of about 52 meters (equivalent to 17 floors, according to official company data), pretty much the same as Niagara Falls. Impressive, don’t you think? Well, it seems even more amazing in the video that we offer you below, and that is neither finished nor can you see anyone throw it off.

📖  The most visited tourist attractions in the world

Four on each tire

Passengers who accept the challenge of tackling the slide (four on each tire) will descend at about 104 kilometers per hour down a staggeringly vertical incline. And is that according to a spokesman for the park, although they have always been a family park, this attraction will attract adrenaline addicts, who are always in search of the greatest, the freshest emotion ”. 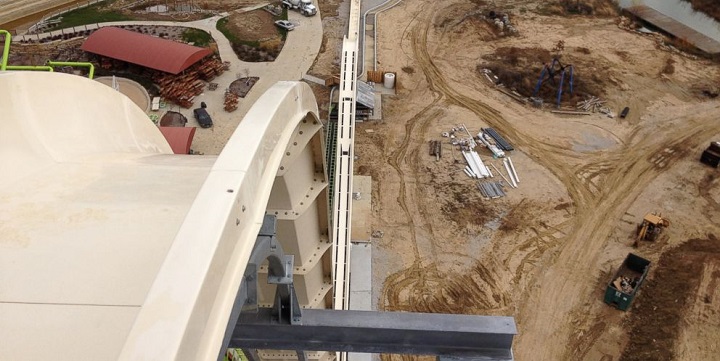 Verrückt will beat the current record for the largest slide, the Kilimanjaro , which is located in the Brazilian park Águas Quentes in Barra do Piraí (Rio de Janeiro, Brazil), and which has a height of 49.9 meters. However, official measurements will be released when it opens to secure the record.

Here we leave you with the video that he published on the Schlitterbahn Waterparks and Resorts channel on YouTube, which shows the details of the construction and reveals the viewer’s point of view.

Would you dare to try it?