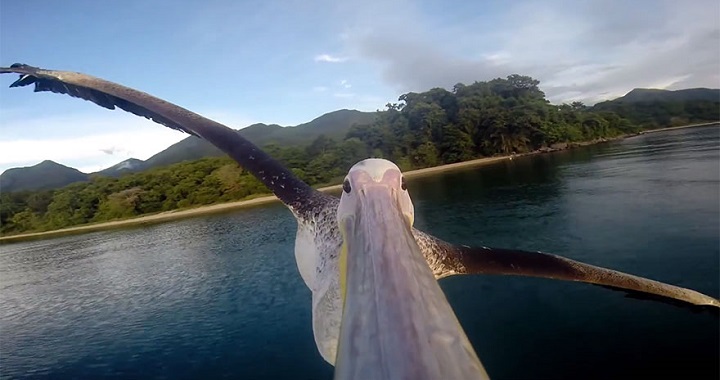 Nowadays, really amazing things can be done with a camera. If not ask the employees of a hotel in Tanzania, who picked up a lost pelican , cured it and recorded its first flight with a GoPro camera.

Do you want to discover more details about this fantastic story? Would you like to know what the world looks like from the perspective of a pelican? Then don’t miss out on anything that comes next!

One day, the aforementioned pelican came to Greystoke Mahale, a holiday hotel in western Tanzania, next to Lake Tanganyika. From the first moment they realized that the animal was sick and lost, since the group of white pelicans in the area is in the Katavi National Park, about 150 kilometers in a straight line. 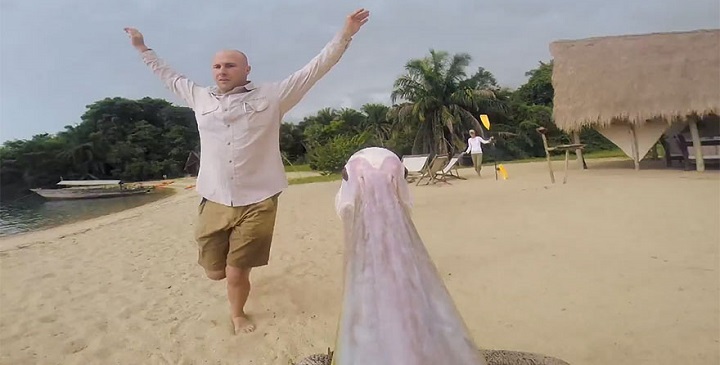 One of the largest birds on the planet

The hotel staff christened him Big Bird, and spent three or four months taking care of him. It is important to note that the animal was about three months old when it was picked up, and it did not know how to fish. It is a species that does not dive , but cornered fish between several pelicans, something impossible when a specimen loses its group.

Later they found out that it was a male that, in adulthood, can weigh between 12 and 15 kilos, with a wingspan of 3.6 meters. In fact, it is one of the largest birds on the planet.

A GoPro camera at the peak

Big Bird didn’t fly for weeks, until his "adoptive parents" managed to get him back . And one day, at last, he flew again. That day he had a GoPro camera on his beak. Here you have the result.

The resource of the new cameras shows nature in a different way. In fact, it’s not the only amazing video we’ve seen lately. Recently, a BBC team installed a video camera in a fake egg to collect different images of a penguin colony in the Falkland Islands.