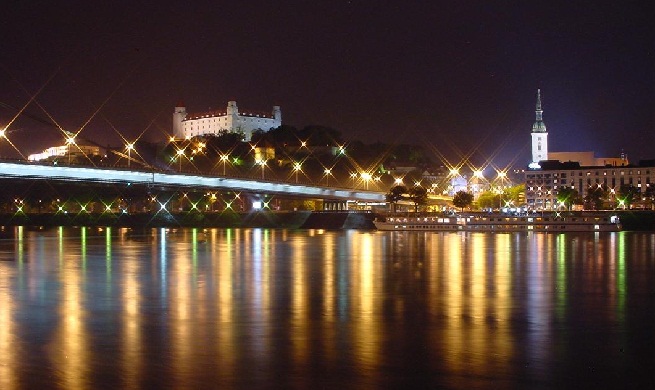 Slovakia is one of those European countries that are still largely unknown to most tourists, especially since it is now a division of what was once one country and which has become two: the Czech Republic and Slovakia. The first of them has probably gained more fame thanks to Prague, its capital and one of the most interesting European cities. However, in Slovakia there are also many interesting places and really surprising cities.

The greatest attraction of this country, in my opinion, are its spectacular landscapes and impressive architecture, which are sometimes mixed thanks to many castles that make everyone who visits them fall in love. The population of the entire country does not reach 6 million inhabitants and the most important city is Bratislava, the capital with almost half a million inhabitants. Other major cities in the country are Košice, Prešov, Žilina, Žehra, Nitra, Banská Bystrica and Trnava.

📖  Space tourism is already a reality

Among the most spectacular castles is the Spis Castle , one of the most famous in the whole country and which is in an area of ​​impressive ruins, achieving a landscape without equal. It is said that it is the largest castle in Europe although it is not known for sure. Very close to the castle is the city of Žehra , which has a spectacular viewpoint from which you can enjoy the best view of the castle.

In the town of Vlkolínec , declared a World Heritage Site, you can discover one of the most traditional places in the country, with a typical architecture of this country that will turn your walk through the city into a fantastic experience. In Bratislava you find the most complete city and probably the one that has the most to offer tourists thanks to having several castles, parks, lakes, monuments and places of interest.

If you like nature tourism, in Slovakia you will also have spectacular places to visit. The most famous of them is the Slovak Paradise National Park , located in an enviable natural environment and where you can see a lot of species of trees, plants and animals. The butterflies are the most striking in the park since there is a large number and variety, all of them very colorful, being the European park in which you can find the most variety of them.