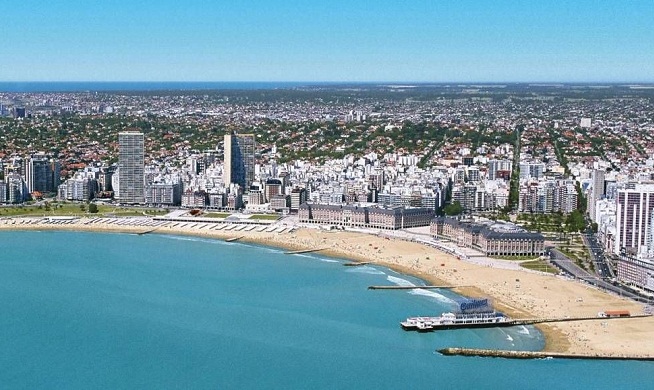 Argentina is a country where you will find all kinds of tourism offers, with very cosmopolitan cities, other smaller ones, natural environments and spectacular beaches where you can enjoy the good weather during your holidays. The country’s Atlantic coast is plagued with beaches of different characteristics so that you can find the perfect one according to your tastes and needs. In the province of Buenos Aires you find one of the most famous beaches in the country: the Mar del Plata .

Formerly called Playa de los Ingleses, now Varese Beach , its waters are not as warm as those of other beaches in the region but its landscape and its characteristics make it like an open-air spa where you can relax throughout the day. Not only is it perfect to spend the day, but at night there is a lot of animation thanks to various street plays, concerts and various outdoor activities . In addition, near that area there are several theaters so the leisure offer is very complete.

📖  The 6 most beautiful cities in Argentina

The beach has an artificial bay called Bahía de Varese that is between two breakwaters and flanked by Cabo Corrientes and Torreón del Monje, two places that are also very interesting to visit. Until the year 1890, more or less, it was a private beach where members of Argentine high society used to spend the summer, but fortunately it was opened to the public and today anyone can visit it. Its name is due to the Varese Family, who owned the Centenario Hotel , which was on the hillside and which was one of the most spectacular. When its owner passed away, the name of the beach was changed and it was renamed Playa Varese.