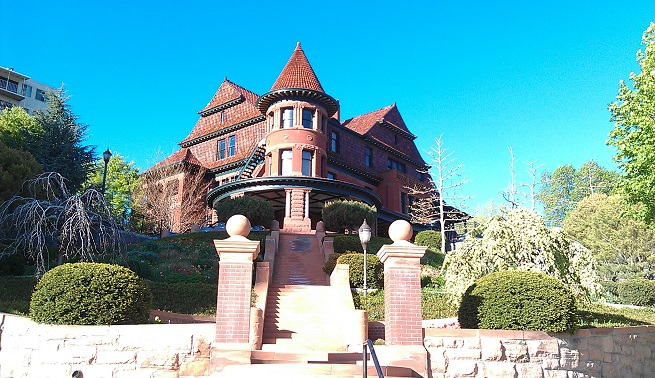 The McCune Mansion is located on a hill near downtown Salt Lake City. From the highest point of the hill you can see the Utah State Capitol Building and the Mormon Temple, although to visit this mansion you must organize a visit . The house has 3 floors and 21 rooms. It was one of the first mansions built in Salt Lake City. On the third floor there is a wonderful ballroom, with large mirrors and large balconies.

Hidden inside the grand staircase is a small room where musicians played during parties and special occasions. Guests could hear the music, but could not see the musicians. The mansion was built in 1900 by an American businessman who was born in India and came to Utah as a child. Alfred McCune made a fortune in the mining and rail business, which was also very profitable for him.

Alfred and his wife, Elizabeth, moved into the mansion in 1901. The McCunes had a separate bedroom as one preferred to face the Mormon Temple and the other to the Capitol building. After raising their family in the mansion, Alfred and Elizabeth donated it to the Mormon Church in 1920 and moved to Los Angeles.

The Mormon Church established the McCune School of Music in the house, which operated until 1953. In that year, the mansion became the new home of Brigham Young University in Salt Lake Center. Then in 1973 it was a modern dance school . While in 1999 Phil McCarthey and his family "rescued" her and used her to celebrate special events. Ghost stories surround this impressive house.