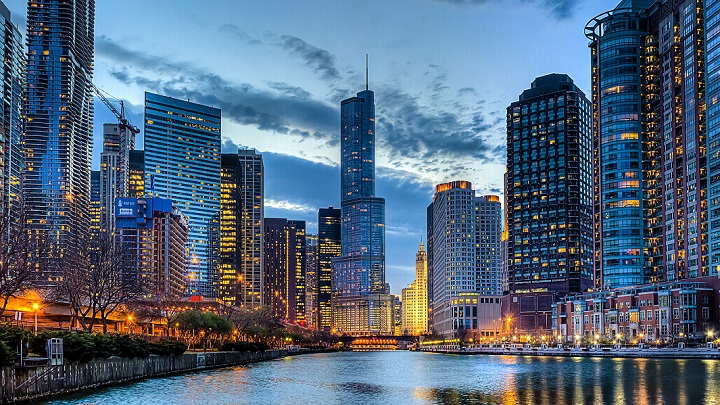 Chicago is not only one of the most important cities in the United States, but it has been recognized as the most fun city in the world. That is why today we want to move to this corner of North America that is known worldwide as the Windy City .

Despite its large size, Chicago is an easy city to visit. In fact, in just three days you will be able to visit its most important tourist spots, especially thanks to its excellent public transport system. If you plan to travel to this place soon, we recommend that you take a look at what we tell you below, since today we are going to talk to you about 10 places that you should visit yes or yes if you are going to visit this city in the state of Illinois. Would you like to join us? 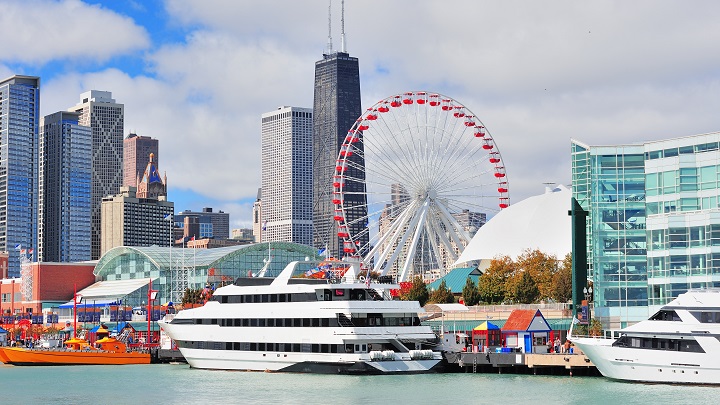 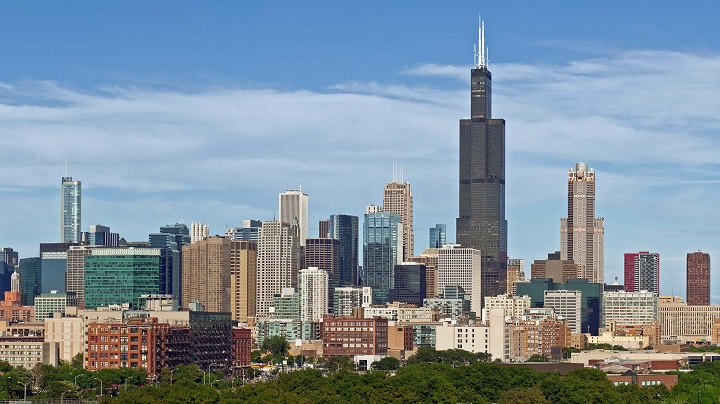 Second, we want to talk about the Willis Tower, formerly known as the Sears Tower. It is a skyscraper of 442 meters for 20 years was the tallest building in the world. From its viewpoint you get spectacular views of the city. 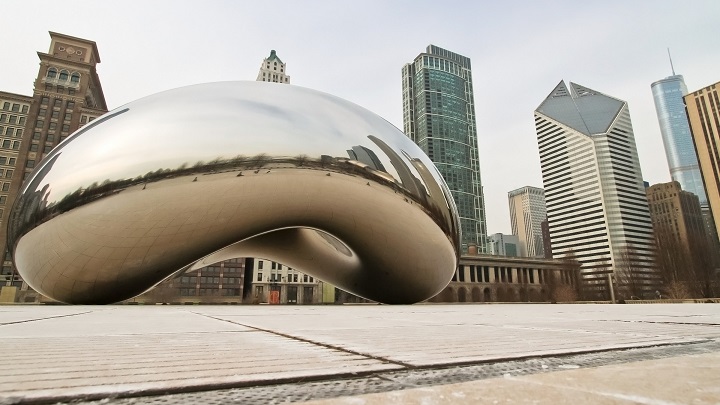 Another place in Chicago that you must visit is Millennium Park, which houses important public works of art , as well as gardens, a boardwalk, a pedestrian bridge, an ice skating rink … It is important to note that much of the park It was designed by the prestigious architect Fank Gehry. 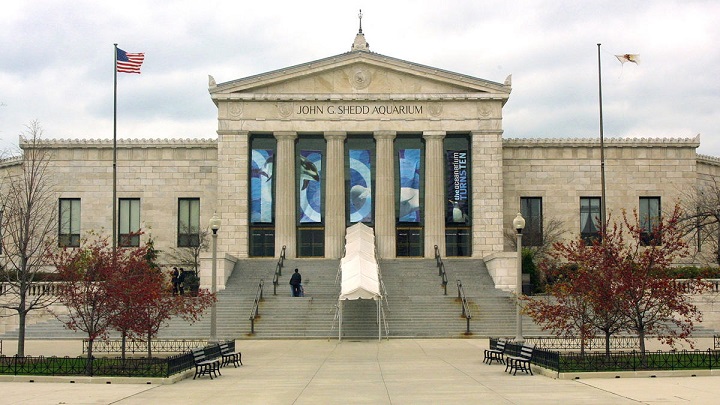 It is also worth visiting the Shedd Aquarium, an aquarium that houses more than 8,000 animals, among which you can find 750 different species . It offers, among other things, interactive presentations and functions in the oceanarium. In addition, it has an amphitheater to see different animals in action. 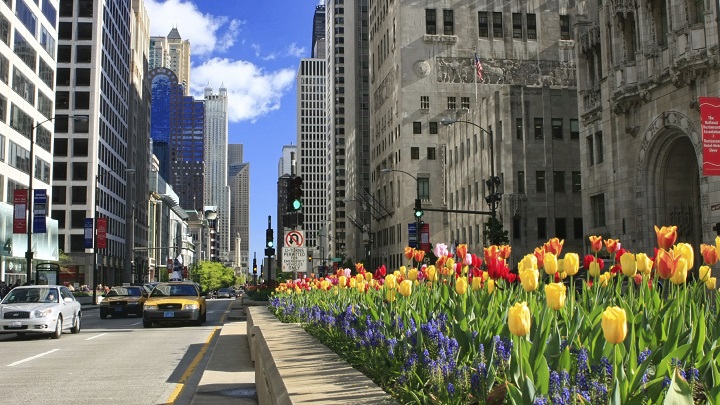 One of the main streets in the city is Magnificient Mile, the equivalent of Fifth Avenue in New York. Here are the shops of the most recognized brands, as well as the most famous restaurants in the city. 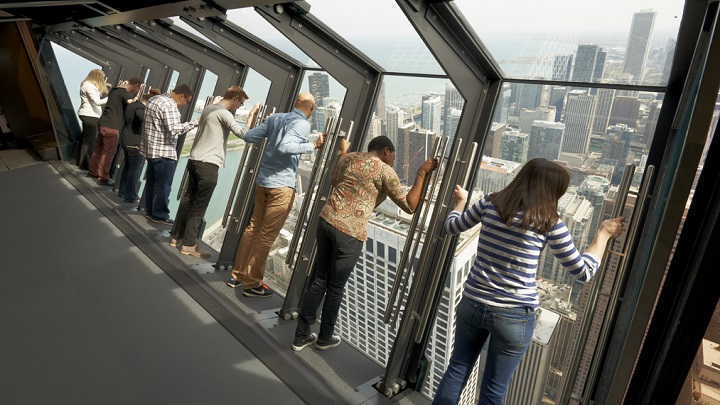 How could it be otherwise, we also want to talk about the viewpoint of the 360 ​​Chicago building, which includes one of the most impressive attractions in the entire city. It is Tilt !, a glass platform that slowly tilts out. Of course, from here you can get magnificent views. 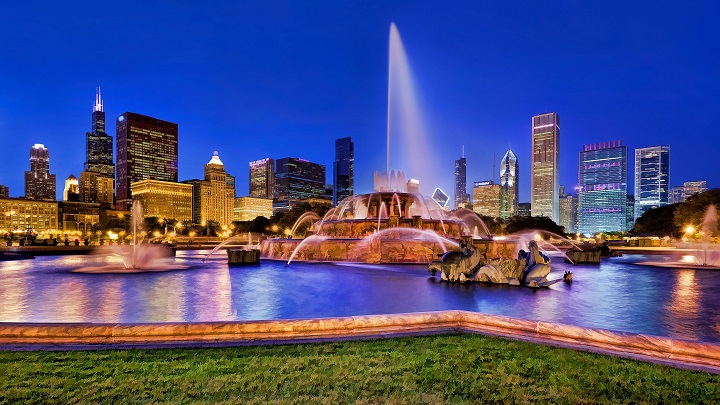 At the heart of Grant Park we find the Buckingham Fountain, a fountain designed by Edward H. Bennett, who was inspired by Louis XIV’s Gardens of Versailles. Every afternoon, the fountain performs a wonderful choreography of lights, music and color, with jets of water that reach 50 meters high. 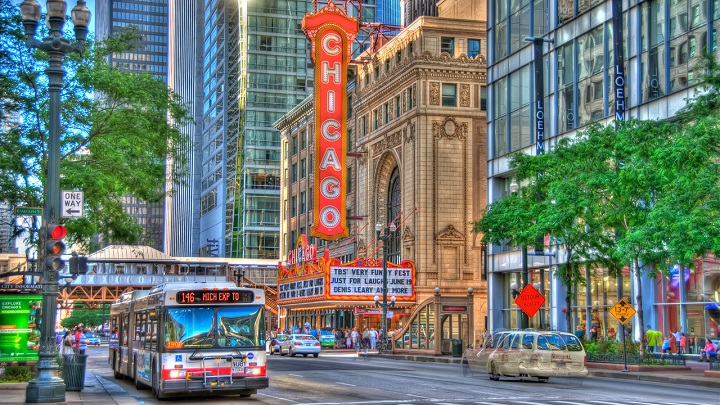 The Chicago Theater, which was originally called Balaban and Katz Chicago Theather, could not be missing from this list. Its vertical poster stands out, which is about 6 stories high. Both the poster and the building in its entirety have been declared historical and, therefore, are protected by the administration. 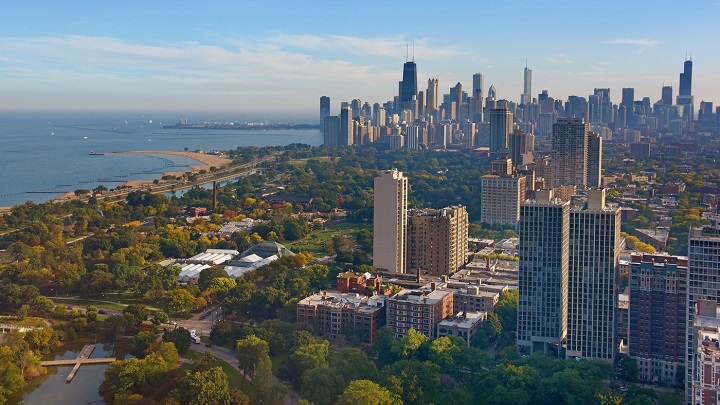 Chicago is a city that stands out for its more than 500 parks and gardens. In many of these spaces you can discover wonderful architecture and works of art, as well as exhibitions . Before we have mentioned Millennium Park, but we must also highlight other spaces, such as Lincoln Park, Grant Park or Jakcson Park. 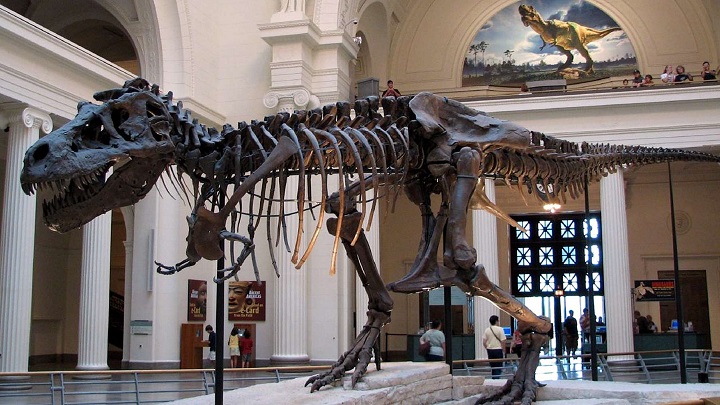 Finally, you should know that Chicago is home to very interesting museums such as the Field Museum, dedicated to natural history and anthropology, which surprises with its exhibition of dinosaurs . Also worth discovering are the Art Institute of Chicago, the Museum of Science and Industry, and the Museum of Contemporary Art.

Recommended Article: The Most Important Cities in the United States