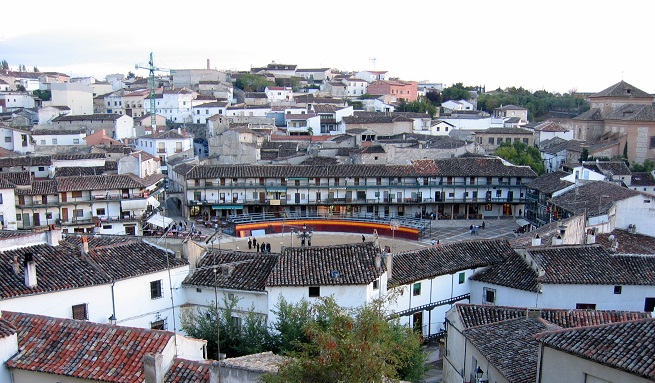 Chinchón is a small Madrid town that has dramatically preserved its past history, now being a perfect reflection of the rural era but combined with the current one. It is 50 kilometers from Madrid and contrasts tremendously with that great city, but the truth is that even if it is a small place it has a lot of charm.

The origin of this municipality is somewhat uncertain since prehistoric, Arab and Roman remains were found in its surroundings, so it is an incredible mix of various civilizations. Take note of the places of interest in Chinchón :

– Plaza Mayor : it is the best known image of the town and a perfect example of porticoed squares. It has an irregular plant and wooden galleries at different heights, something that makes it look beautiful. Around it, houses with balconies and various arcades, the houses only having 3 floors and having 234 balconies that overlook the square.

📖  Where to go out at night in Barcelona

– Church of Our Lady of the Assumption : construction began in the 16th century although it was not finished until 1626. On the main altar there is a painting of the Assumption of the Virgin that Goya painted in 1812.

– Monastery of the Augustinians : it is one of the most representative and important buildings of the municipality since it is the headquarters of the National Tourism Parador. It was a convent that flourished in the 15th century.

– Chinchón Castle : it is on the outskirts, next to the missing walls that were built to create a fortress when the manor of Chinchón was founded.

📖  The beach destinations with the best reputation in Spain

– Lope de Vega Theater : it is next to the Church and is in the old Palace of the Counts of Chinchón.

– Clock Tower : it is near the church that belonged to another church but which caught fire in 1809, leaving only the tower and without being built again.

– Casa de la Cadena : it is one of the many noble houses with shields that are in the town, being also the most important. Here Felipe V spent a night when he granted Chinchón the title of "Very Noble and Very Loyal Villa."