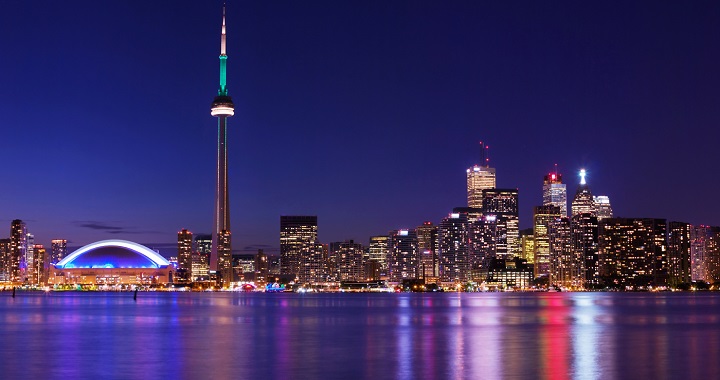 Looking for a destination for your next vacation? Well, today we are going to recommend a city that, despite being quite far from our country, has a lot to offer. We refer to Toronto , one of the most important cities in Canada. In fact, it is the financial and commercial center of the country, as well as being the city that has the highest standard of living.

Toronto may not have too many tourist attractions, at least compared to other cities (Rome, Brussels, Lisbon …), but the ones it does have are sufficiently interesting to want to spend a few days in this place. Without a doubt, it will become one of the essential cities if you make a route through Canada. Today at Vuela Viajes we are talking about the main tourist attractions in Toronto. Can you come with us? 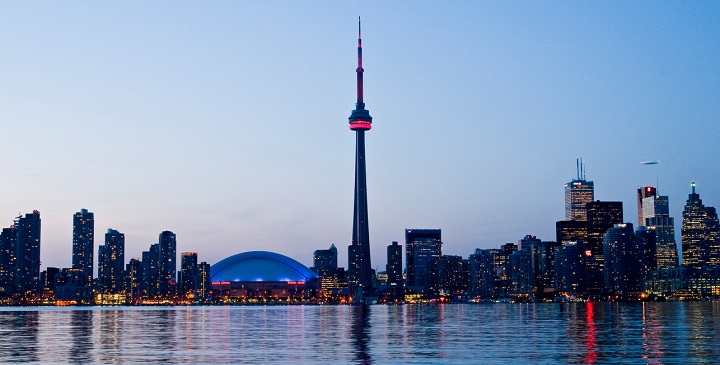 One of the places you will have to visit if you travel to Toronto is the National Tower of Canada, known as the CN Tower, one of the emblems of the city. Considered one of the highest communication towers on the planet (it measures 553.33 meters), what is most surprising about this place is its viewpoint , which, with a glass floor included, offers great views of the entire city, in addition to an exquisite meal in your restaurant. In addition, at night it lights up and changes color.

📖  Things you should know about Montreal 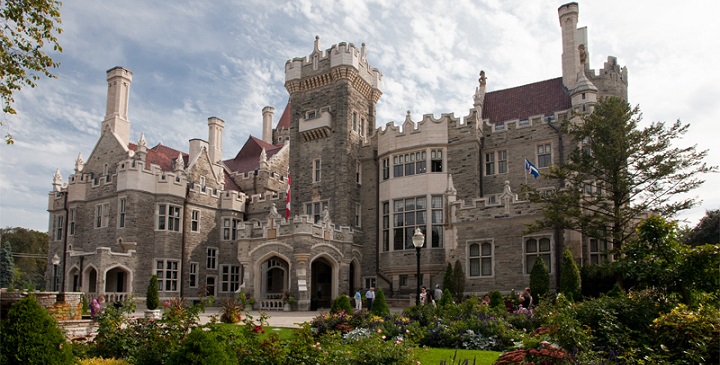 Another recommended visit is Casa Loma, a stately home located north of the city that is surprising for being in a place with such modern architecture. Open to the public, this huge castle (it has 17,000 square meters and 98 rooms) was ordered to be built in 1914 by an eccentric billionaire who wanted to have a house like the one at the Chateau de Frontenac in Québec . However, it seems that after the construction it was left in ruins, so the house was acquired by the city.

The neighborhoods to visit 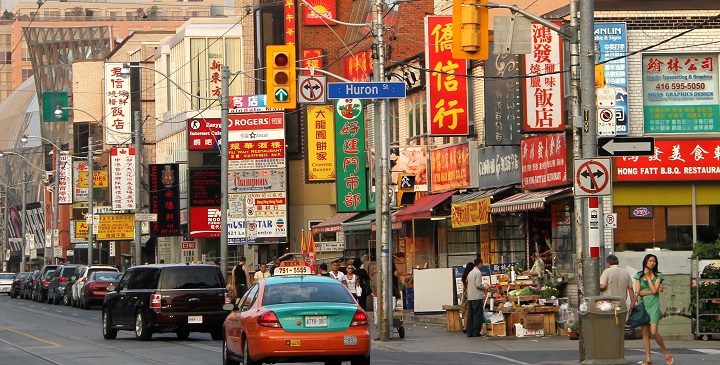 One of the peculiarities of Toronto is that it is a super cosmopolitan city. In fact, it is said that half of its population was born outside the country. Of course, the cultural diversity of the city (Toronto is home to about 200 ethnic groups) is noticeable, especially in the neighborhoods of Chinatown , Little Italy or Little India. On the opposite side we find the richest areas of the city, such as Yorkville, a luxurious neighborhood where you can find some of the best fashion stores, restaurants and all kinds of hotels. In addition, you will not be able to forget Kensington, a picturesque neighborhood and considered one of the most alternative places in the city.

The longest street in the world 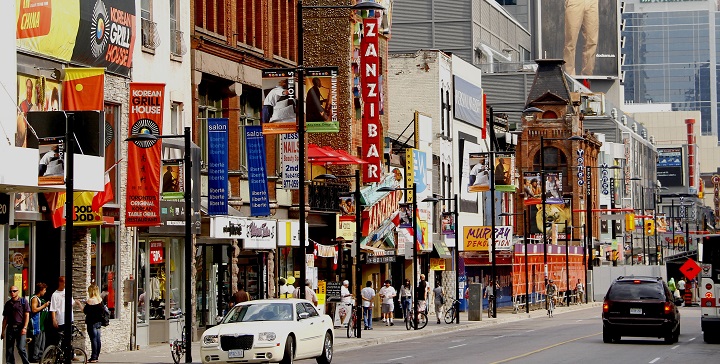 Interestingly, Toronto is home to the longest street on the planet. This is Younge Street, which until 1999 appeared in the Guinness Book of Records with wrong measurements: 1,896 kilometers. Actually, the street is about 35 miles long, which is not bad either. Here are some of the main attractions of the city: shopping centers, more than 600 shops and about 150 bars and restaurants. In addition, on Yonge Street you can see outdoor performances and visit Dundas Square, the Metropolitan Library or the Hockey Hall of Fame.

📖  Travel to Winnipeg in Canada 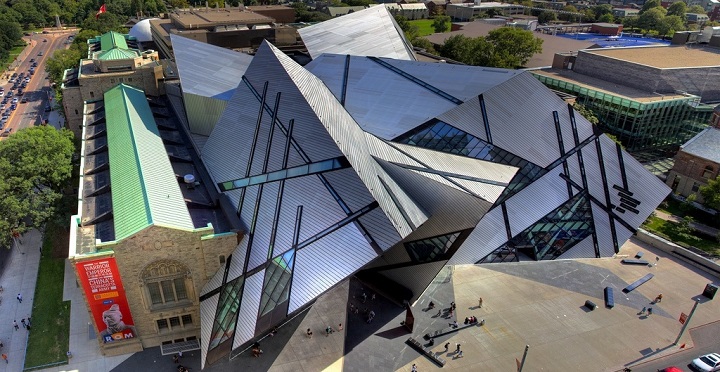 Of course, in Toronto there are also interesting museums to visit, such as the Royal Ontario Museum , Art Gallery of Ontario, Ontario Science Center, The Design Exchange and Bata Shoe Museum. 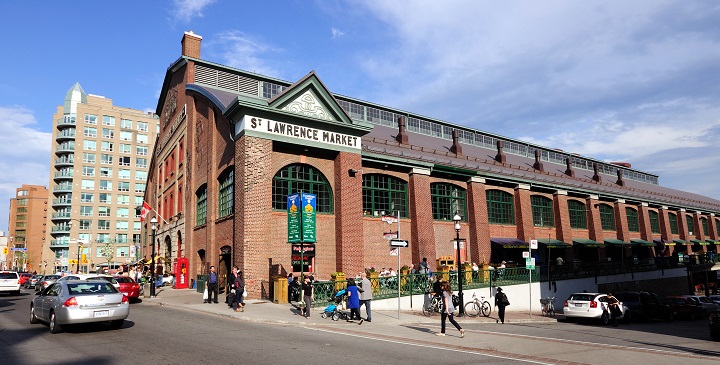 You should also visit the St. Lawrence Market, one of the oldest and largest markets in Toronto. Here you will find a wide variety of foods for all tastes. In addition, you will find cafes and boutiques. 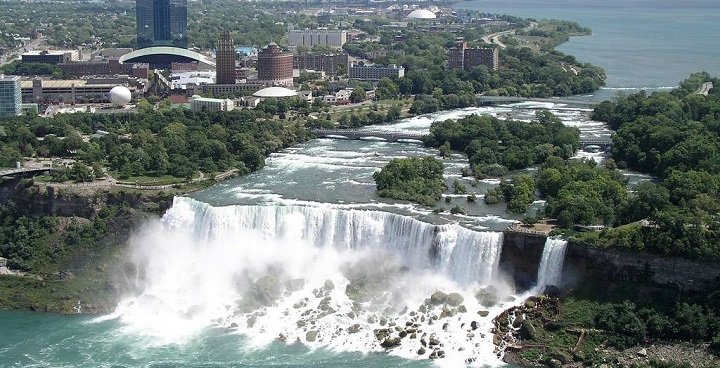 Although they are not located in Toronto, if you have the opportunity to travel to this city you will not be able to miss Niagara Falls. Located 236 meters above sea level , they have a drop of 52 meters.