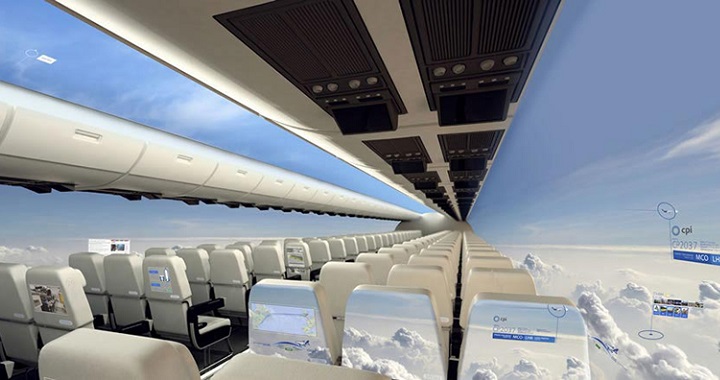 Although the traveler’s experience has improved a lot in recent times, the truth is that flying by plane is still only one way to get to our destination. What we mean by this is that most of the 3 million passengers who travel by plane each year do not do so for pleasure, but out of a need to get to a specific place.

However, it may be that sooner than we think there are many people who decide to fly simply to enjoy the journey, at least in the planes developed by the London-based Center for Process Innovation (CPI), which has just launched the "Plane of the future". Do you want to know what it consists of? Here’s a hint: it won’t have windows but you can enjoy the views even more.

A plane without windows

If a few weeks ago we had the opportunity to present you an aircraft for athletes created in collaboration with Nike, today we have to talk to you about what is possibly the aircraft of the future. As explained from the CPI, this aircraft will windows and booths will choose where they are display screens. Interesting, don’t you think? And all thanks to the engineers of this innovation center, who have developed an airplane model where passengers will have fun while comfortably enjoying their trip. Also thanks to the absence of windows, the plane will weigh much less.

📖  The best campsites in Spain 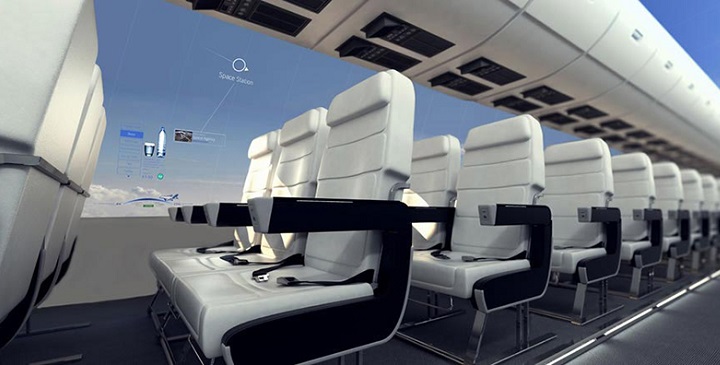 A new generation of aircraft

This windowless aircraft is still in the testing phase, but it seems that it could be the beginning of a new generation of commercial aircraft with super thin screens, the most flexible and, of course, excellent definition. Of course, the best of all is what is intended to be projected on these screens: images of the outside that will make you feel in an airplane without ceilings or walls. In fact, you will have a panoramic view of the outside. This will be possible thanks to cameras installed in the fuselage of the aircraft. In addition, the idea of ​​including touch screens so that passengers can perform certain functions is also being considered: check email, have a conversation with someone, play games … In short, surf the Internet. 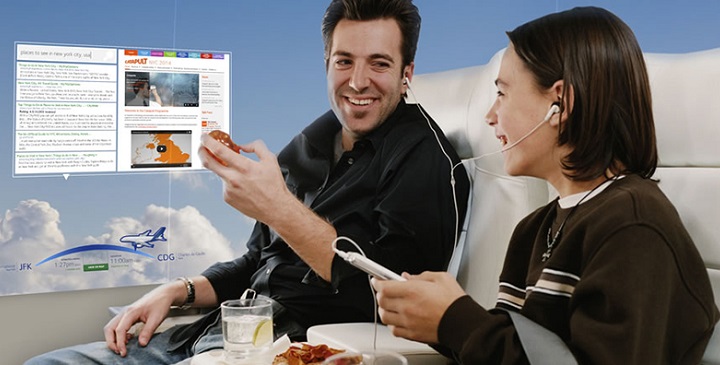 A stronger and lighter aircraft

Although what is most surprising about this "plane of the future" is that from the inside it will appear that you are flying through the clouds, the truth is that it must also be taken into account that it will be a very resistant aircraft as well as light, for which will require less fuel and emit less CO2. This will save more money and improve the environment, something that all companies try to achieve. In fact, it appears that for every 1% reduction in weight, 0.75% is saved in fuel.

📖  The meaning of beach flags 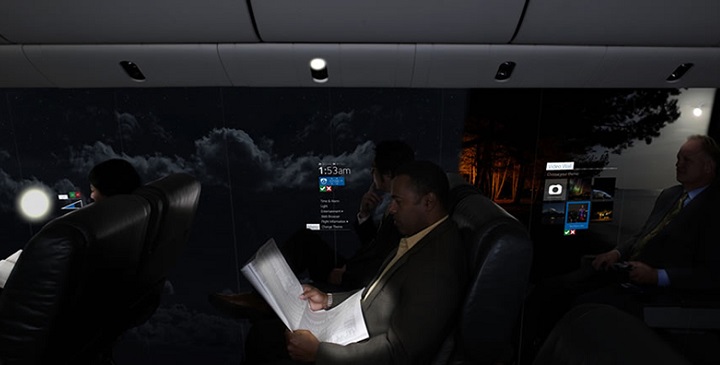 According to the CPI, the huge screens would be made of organic light-emitting diodes (OLED) that, although they provide high definition, it is a very expensive technology and very sensitive to humidity. Therefore, it appears that some progress still needs to be made in this regard. Apparently, it may take about five years for these panels to be ready for mass production. Therefore, they believe that the project could be completed in about ten years.

Would you like to travel on a plane like this in the future? We leave you with the video that the company has prepared to present this new project. Do not miss it!