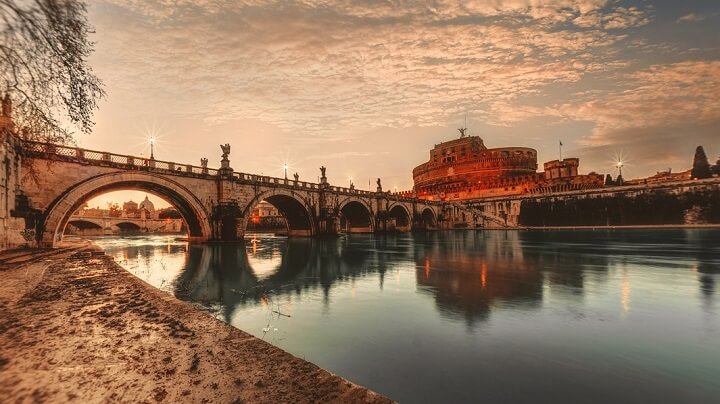 From Italy it is impossible to mention a city without mentally labeling it. Milan is related to design, fashion and furniture; to Modena with the good vinegar and the Ferraris; to Florence with the Renaissance; to Venice with the romanticism… But, what about Rome ?

Its colosseum reminds us that it was the capital of the glorious Roman Empire, a place where all kinds of emperors passed and left their mark. However, it must be said that the most important city in Italy is more than just the favorite setting of many historians. There, too, love is breathed, especially if romantic plans like the ones I share with you in this article are put into practice. Will you accompany me?

A book as romantic as ‘ I have desire for you ‘, by the Italian Federico Moccia, managed to fill the Milvio Bridge with padlocks hooked by couples who wanted to immortalize their love. However, the majority of the representatives of the XX municipality of Rome approved the removal of the locks in 2011, so you will not see even half of those that appear in the photograph. The reason for the withdrawal? The padlocks apparently endangered the stability of the streetlights and walls. Despite this, you can go to the Milvio Bridge to imagine yourself in the place where the protagonists of ‘Ho voglia di te’ placed a padlock with a lot of meaning. 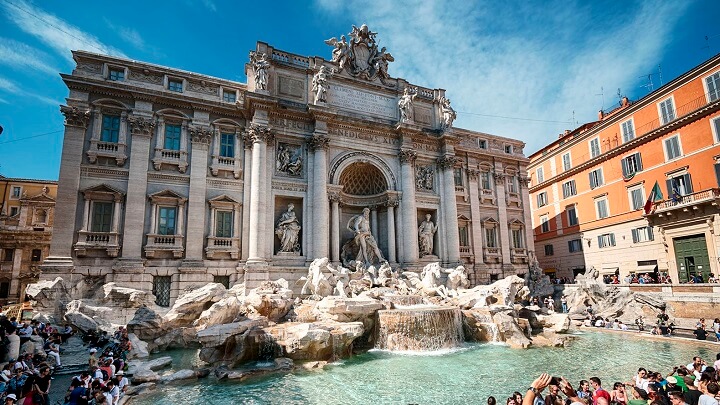 It is one of the most spectacular and visited monuments in Rome. It is a fantastic exponent of the Baroque that measures 20 meters wide by 26 high, which makes it the largest fountain in the capital of Italy.

📖  The best beaches in southern Italy

The myth of the Trevi Fountain is what we can relate to romanticism. According to the 1954 film ‘Three Coins in the Fountain’, throwing coins into the water can have three different meanings:

There are also those who say that throwing three coins with the right hand over the shoulder brings luck, so do not be surprised to see other tourists doing it. In fact, it is estimated that more than one million euros in coins are thrown each year, money that is used to finance charity and solidarity projects . 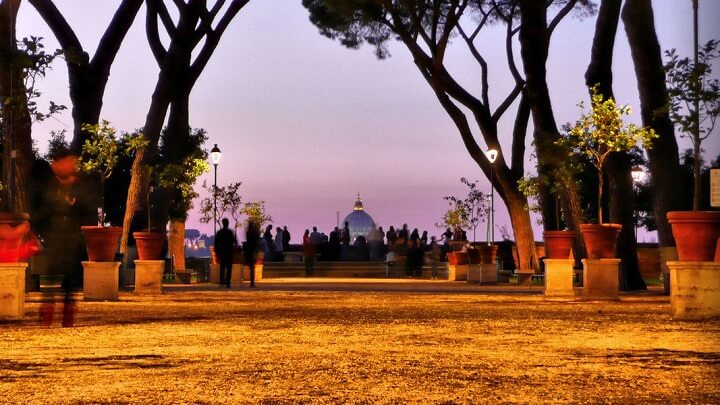 It is in Savello Park, which practically everyone calls the Garden of Orange Trees because of the multitude of orange trees that we find there. It is an ideal place to enjoy the sunset in good company, mainly because of the privileged views it offers of the city. It was designed by Raffaele De Vico in 1932 and since then it has been one of the main attractions for tourists seeking tranquility, as well as being highly appreciated by the locals. Unlike what happens in other parts of Rome, there you can take a break surrounded by greenery while enjoying the aroma of oranges.

📖  Tours and excursions in Sardinia 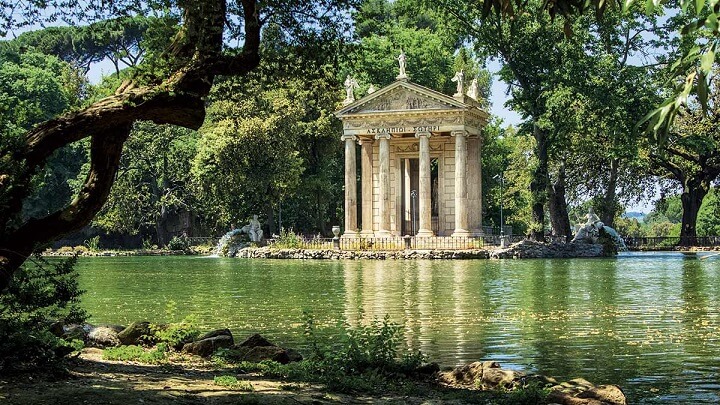 In the most important park in Rome, which was opened to the public in 1903 by decision of the Borghese family, you can enjoy a pleasant and romantic boat trip. Entry to the gardens, which are open 24 hours a day, is free. What is paid is the Galleria Borghese , whose entrance costs 15 euros (8.50 euros if you are a citizen of the European Union between 18 and 25 years old or 2 euros if you are under 18 years old). There is also the Rome Zoo, the Pincio Water Clock and the Silvano Toti Globe Theater, a copy of Shakespeare’s Globe Theater in London. 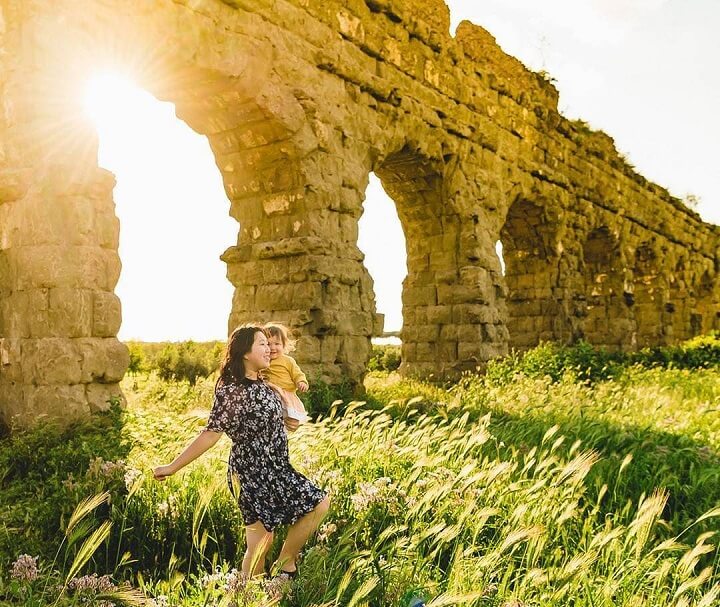 Walking around Rome hand in hand is very romantic, but you probably want to spend some time away from the hustle and bustle of the big city with your partner. In that case, I recommend the Parque de los Aqueductos, which is 8 kilometers from the center and is accessible by metro thanks to the Lucio Sesto and Giulio Agricola stations (line A). You can also go by bus taking it near the Plaza de Cinecittà.

In the park you can see two aqueducts, the Aqua Felix and Aqua Claudia, as well as a 2nd century palace. You can rent bikes to take a ride in a wonderful environment where you can breathe peace and tranquility.