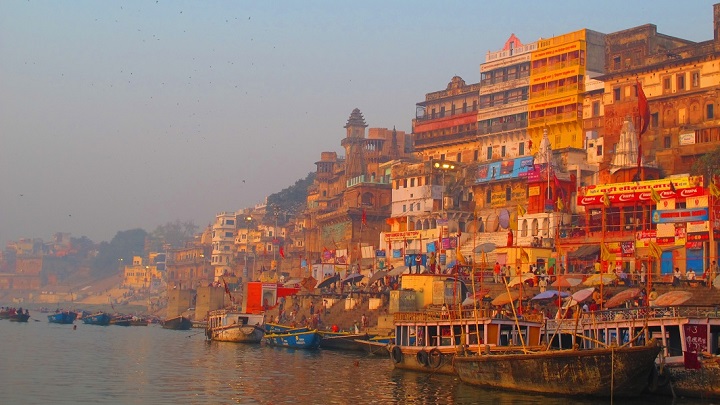 Tourism and religion often go hand in hand. In fact, throughout the planet we can find numerous temples, monuments or places of great importance for different beliefs. This is the case of the Vatican, Bethlehem, Lourdes, Santiago de Compostela … Many of these places are visited every year by religious people but there are also many tourists without any faith who are attracted by the buildings themselves or by the culture and the tradition of certain places.

Today we want to talk to you about one of those destinations that is closely related to religion. We refer to Benares , which is considered one of the seven sacred cities of Hinduism. Would you like to discover more details about this beautiful place? Well, we recommend that you do not miss anything that we tell you below.

Benares is an Indian city located on the banks of the Ganges River. Specifically, it is located in the state of Uttar Pradesh. According to legend, the city was created by the god Shivá some 3,000 years before the birth of Christ, a date that does not exactly coincide with the one considered by archaeologists, who believe that Benares is about 4,000 years old. In addition, historians assure that it was a religious center dedicated to Suriá, God of the Sun for the Hindus. Thus, from the beginning it was a place closely related to the region. Later, during the time of Buda (6th century BC), the city also became a commercial and industrial center. Like many other places in the world, Benares has also suffered from attempts to end the prevailing religion. For example, in the seventeenth century it was attacked by a Mughal emperor, who wanted to destroy Hinduism. Unfortunately, during the 20th and 21st centuries the city has also been the victim of attacks. 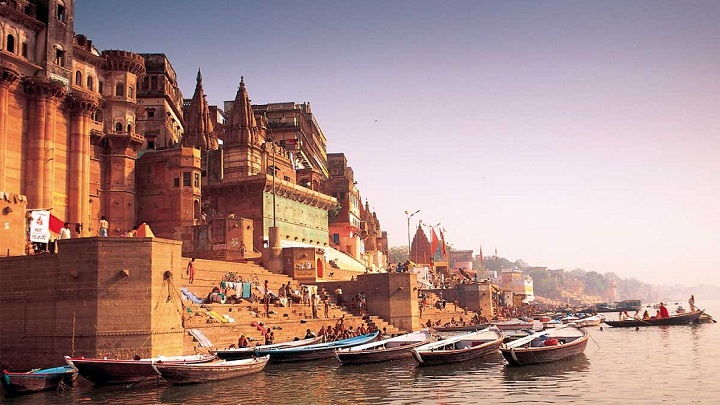 Also known as Kashi (which means "the city of light"), Benares is today the epicenter of the Hindu faith, as is Mecca for Muslims and Jerusalem for Christians. This is due, among other things, to the fact that it is believed that one of the four heads of the god Brahma managed to rest upon reaching this city. In addition, mythology also ensures that the left hand of Shivá’s wife, Satí, fell in this city. In fact, temples dedicated to these two deities can be found in Benares. Also, bathing in the Ganges River is believed to purify sins. As if all this were not enough, according to the Hindu faith, people who die in Benares are freed from the cycle of reincarnations. For all this, Hindus must visit this place once in their life, so many elderly and sick people move to this place to spend their last days. It is important to note that Benares is also a holy city for Buddhists and Jains. 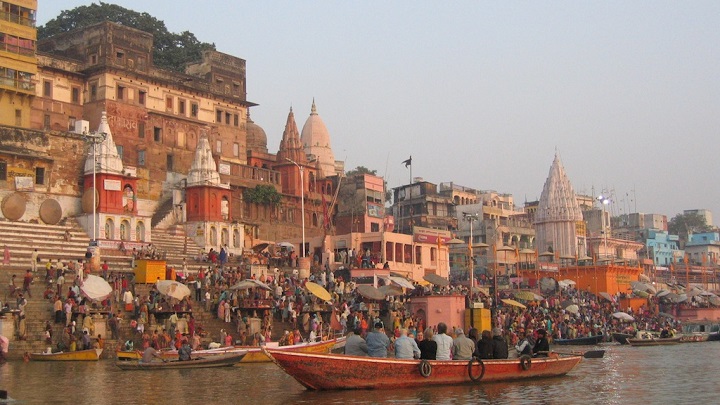 Although it is a sacred place, the truth is that there are not many places of interest in Benares, although the simple fact of touring the city is already a unique experience. Among its main attractions are the ghats , stairs distributed along the banks of the Ganges as it passes through this holy city. It is a stone staircase built in the 18th century where Hindus bathe to purify themselves and then pray in the temples. In two of these stairs are the main crematories of Benares. The city’s also striking is the Golden Temple, which is dedicated to the god Shivá; the Gyanvapi Mosque, which was built on top of a Hindu temple; and the Bharat Mata Temple, a temple that was opened by Mahatma Gandhi in 1936.

Then we leave you with our gallery , where you will find more images of this beautiful Indian city. Do not miss it! 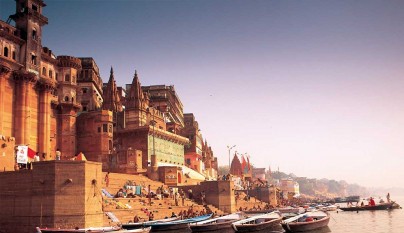 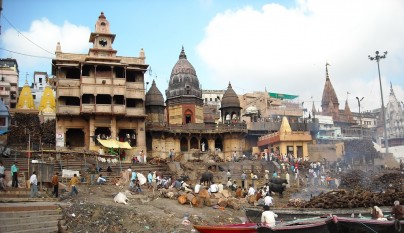 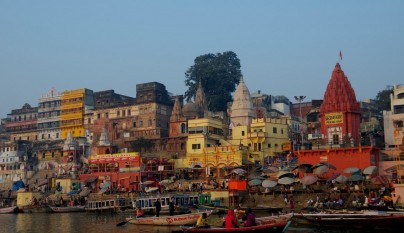 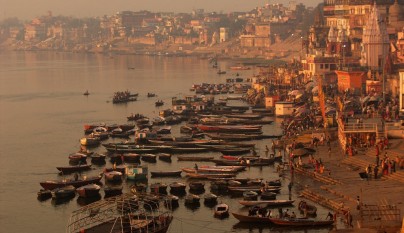 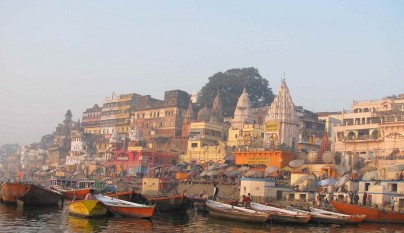 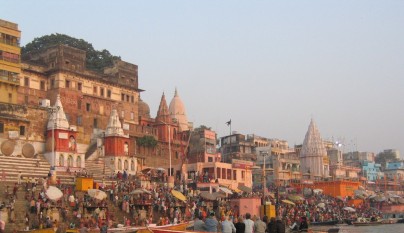 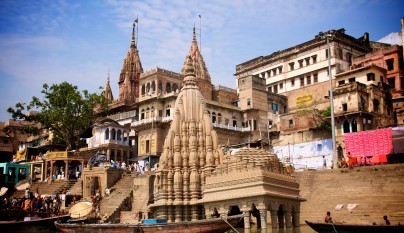 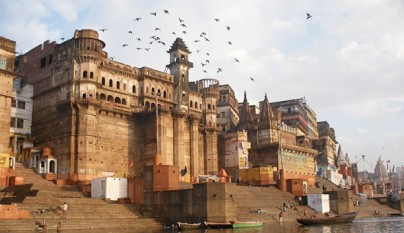 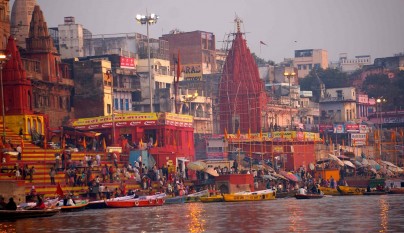 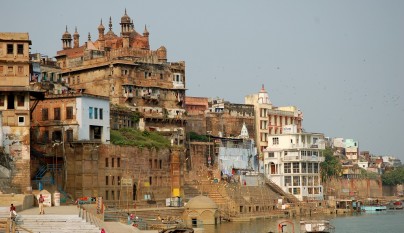 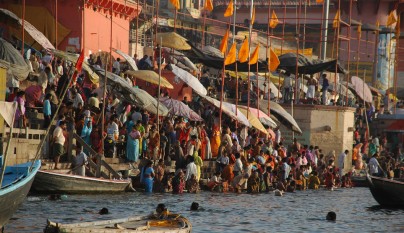 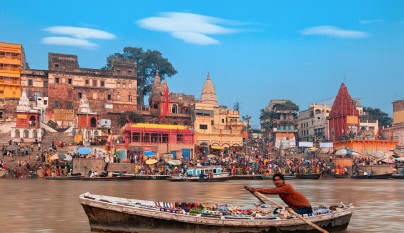 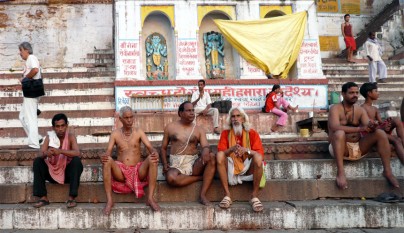 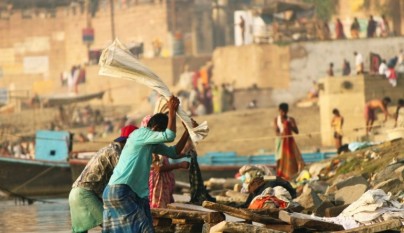 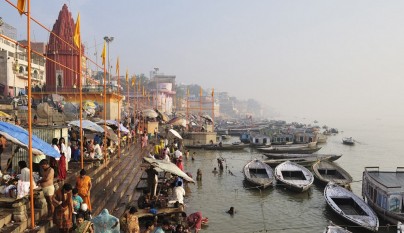 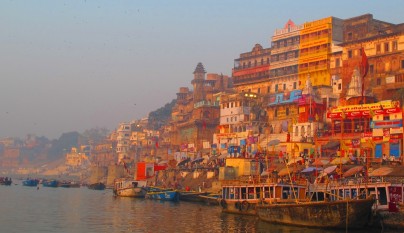