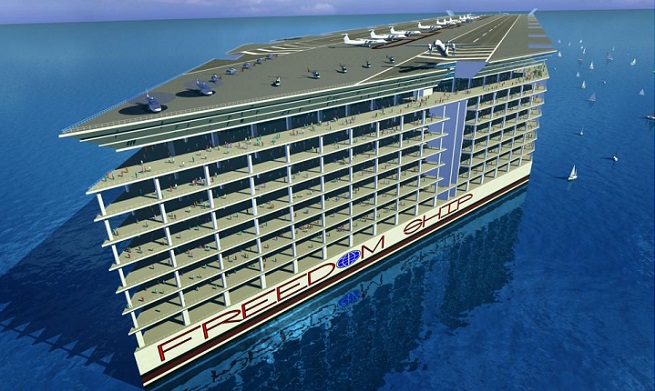 Today we are going to talk to you about what will be one of the most impressive ships in the world: the Freedom Ship . This ship, still a project, is not intended as a cruise ship, but as a city in which to live, work, retire or spend a vacation. And it could house up to 50,000 people. The project, designed by a Florida company (Freedom Ship International), would cost nothing more and nothing less than 10 billion dollars

However, the “ Liberty Ship ” could not dock anywhere due to its size (it would measure 1,371 meters and weigh 2.7 million tons), so it would always be on the high seas or in transit between cities. In short, a continuous trip around the world, but with a fleet of planes or seaplanes that would transport the residents to port. Do you want to know more details about this incredible boat?

A community in the ocean

Apparently the idea is to create a community in the ocean with schools, hospitals , parks, an aquarium, apartments to be bought (the most expensive would cost a million dollars) and shops (which would also have to be bought). The homes would include a full kitchen, bathroom, carpets, finished walls and air conditioning, among other details. 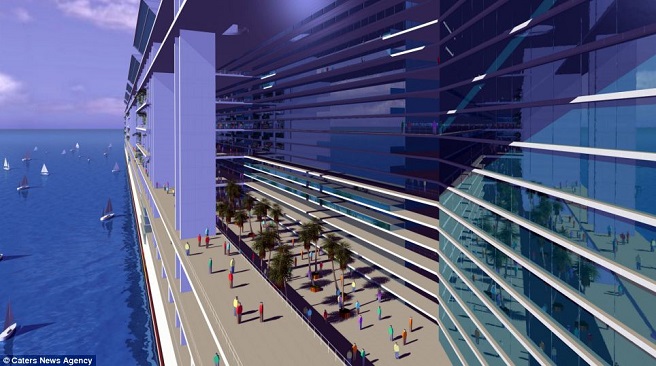 In addition to permanent residents, the ship would have room for an extra 30,000 daily visitors, 20,000 crew members and 10,000 overnight guests.

In the process of attracting investors

The planned route runs from the east coast of the United States, across the Atlantic Ocean, passing through Europe, Africa, Australia, Asia and South America. At the moment the project is in the process of attracting investors, something that the entrepreneurs themselves recognize is being difficult in an economic situation like the current one. Apparently they need to raise a billion dollars to start construction.