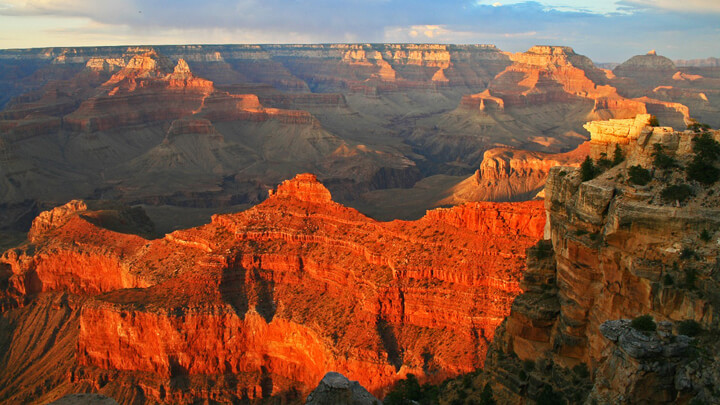 One of the greatest attractions in the United States is the Grand Canyon of the Colorado . Normally, you tend to visit when you go to Las Vegas because it is quite close. However, it is worth exploring on its own. And it has a lot to do with it, even if it seems otherwise. Besides, it is quite wide and it is quite a spectacle to enjoy its different areas and travel the 446 kilometers in length in order to see all its splendor and the different views of its 1,500 or 1,600 meters deep from its viewpoints. And what is there to see there? A lot of things. Not surprisingly, it is considered one of the natural wonders of the world .

In fact, every year there is some death due to forgetfulness or wanting to get too close to the precipice. And it is that, in reality, it is treading on a great plain, but the flat land ends abruptly right on the edge of the precipice.

That said, we are going to talk about the three areas in which the canyon is most frequently visited, taking into account its four cardinal points. One of them is the western part, known as the West Rim or Grand Canyon West . Normally, this is the access zone for people going from Las Vegas because it is the closest point.

📖  The hotel where Sofía Vergara got married

This part is very curious because it is owned by the Hualapai Indian tribe . But it is not the only thing for which it is well known. And, here, there is also the Skywalk viewpoint , which is characterized by having a glass floor on a 1,300-meter-high cliff to observe its depth and the numerous, and at the same time incredible, cliffs and straits. 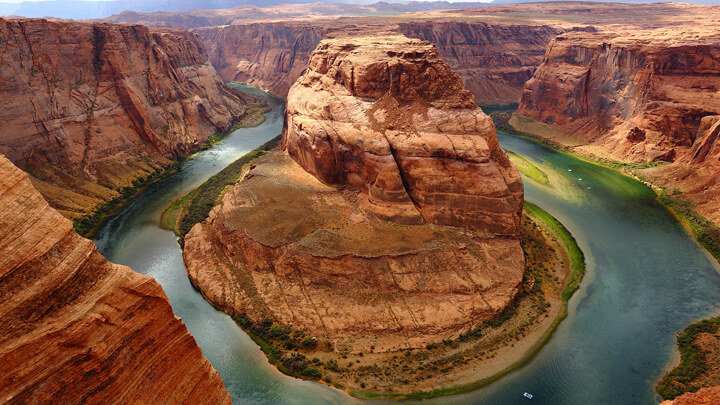 However, the most spectacular landscapes are found in the southern area, known as the South Rim . This part of the canyon, located in the National Park, has a higher altitude , reaching 2,100 meters.

The particularity of this area is that you enjoy pleasant temperatures when you are in the upper part while, if you walk along the river, things change because in summer it can reach 45 degrees Celsius. Do not forget that the climate is desert.

In the South Rim, the place where the best views are found, don’t forget to go to the Desert View lookout and the Anasazi Indians’ Watchtower – it’s an emulation – because that’s where you can see the start of the Grand Canyon. Inside the tower, there is a shop to buy souvenirs, although it is also possible to buy souvenirs at other points such as the visitor center.

And, finally, there is the part of the North Rim that, in general, tends to be the least visited , but it is also interesting because the landscape changes, since it is usually covered with snow as it is the highest part of the canyon. This means that it can only be visited between May and October because its roads remain closed. However, from afar, everything is snowy in the wintry season.

📖  Gatlingurg: a mountain town with lots of charm and fun

There are many tourists who only go to one part of the canyon because they do not have much time on their trip. However, if you can, it is convenient to go through it all and do some activities such as seeing it from the helicopter .

But, in addition, it is possible to go hiking . The route options are diverse, although the best known are the so-called Bright Angel and South Kaibab . In this case, it is always important to calculate the time well because there is no time to go up and down on the same day to the bottom of the Canyon and reach the river.

And another option is to go rafting down the river, which is possible in quieter areas, although there are also more rough waters depending on the knowledge of this sport and the desire for adventure that one has.

They are options to take into account and that show that seeing the Grand Canyon of the Colorado is not a matter of a morning or afternoon – by the way, the views are better at sunset -, but that it is preferable to spend more than one day enjoying its spectacular landscapes and a place like no other.