The Canary Islands are one of the main tourist attractions in Spain and the destination chosen each year by many national and international tourists. Its islands are well known, although some go a bit more unnoticed despite their great beauty. This is the case of La Graciosa , near Lanzarote . A small island, but with a lot of charm , which is ideal for all those who like to enjoy golden and secluded beaches, nature and beauty.

La Graciosa is an island of great charm , being one of the few that practically keeps its nature and splendor in its entirety regardless of the passage of time. Not surprisingly, it is the only one where there are still no asphalt roads.

This island, which is not suitable for mass tourism , is within the Marine Reserve of the Chinijo Archipelago, which is considered the largest in Europe with 70,700 hectares.

📖  7stories, 7 videos that show a different vision of the Canary Islands

And, although this reserve encompasses different areas of the Canary Islands, La Graciosa is one of the richest and most varied marine environments . Specifically, up to 304 species of marine microalgae have been cataloged. 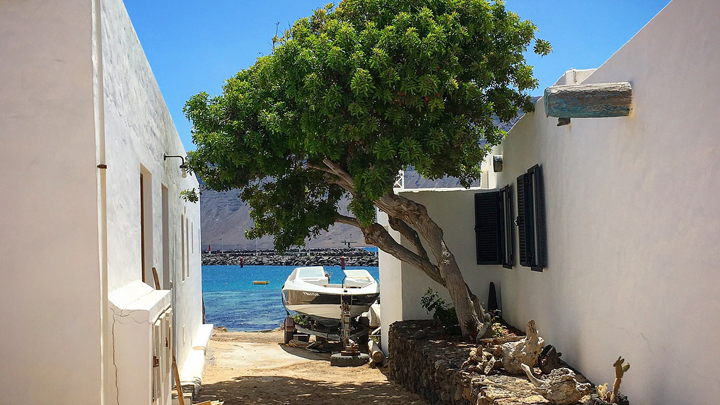 The visit to this island can also be used to see sea ​​birds , which feed mainly on the resources found in the water. Among the animal species, some stand out, for example, that are considered rare or threatened, such as the Paiño Pechialbo, the Leonor’s Hawk or the Guincho or the Fishing Eagle.

And, of course, we must not miss all the references to the monk seal , which is in danger of extinction worldwide, this environment being one of those chosen to try to reintroduce this species.

📖  History and caving in Cantabria

In addition to the landscape and the natural environment, as well as the animal species, this island also has very attractive beaches, which are characterized by being golden . In addition, they are not overcrowded and are quite silent , like the whole island.

Among the best or that should be known, stand out the beach of La Cocina or Montaña Amarilla, the beach of Caleta del Sebo , the French beach or the Playa de las Conchas . Any of them is an excellent destination.