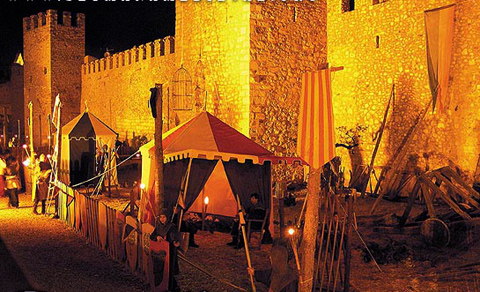 Located in the Conca de Barberá region of Tarragona and declared a Historic-Artistic Site , the town of Montblanc dresses up every year to celebrate its famous medieval Festival of the Legend of Sant Jordi . For over twenty years, the inhabitants of Montblanc, united by their love for their land and the desire to make its history known, have transformed the place and its people into an authentic medieval town.

Among the many events that are held, the most emblematic of this medieval week, which takes place from the end of April to the beginning of May, is the Legend of Sant Jordi. In this representation, the king and his family, as well as the nobles of the city, witness the arrival of evil forces embodied in the figure of a terrible dragon . To calm the fury of this beast, animals are offered to eat, but when they are finished, it only remains to sacrifice people. During the draw, the princess is chosen and on her way to the sacrifice something extraordinary happens, a fact that gave rise to the famous Legend of Sant Jordi .

📖  The best beaches and coves in the world 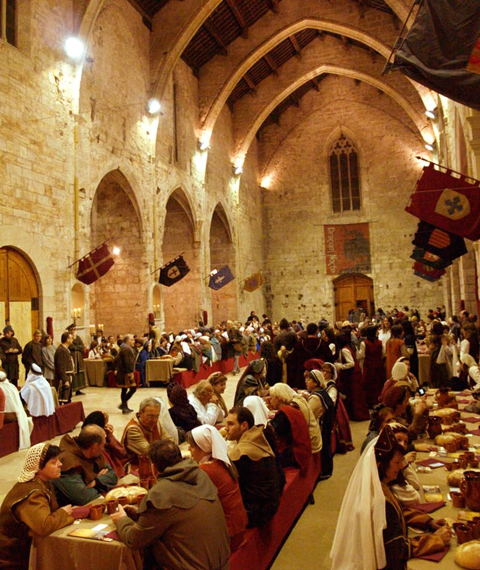 Another act that is part of the legend is the Delivery of the Rose . In this event, coinciding with the Sant Jordi festival (April 23), the knight Sant Jordi hands over a rose to the princess as a universal symbol of love . The act concludes with different dances, each more showy: the dance of flags starring the four noble houses, the town dance performed by the lower classes, and the nobles dance performed by the noble classes of Montblanc.

In the Las Rondas Trovadorescas show , it is the town of Montblanc who invites the nobility to participate in the great parade and the royal dinner. The minstrels , representing the people, recite poems to flatter the nobility and in this way, the king, Sant Jordi, the princess and the entire court join the party. 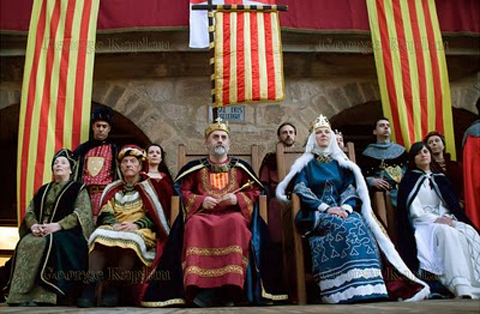 The Proclamation of the Medieval Week , in addition to a formal act, is a show of light and color that begins the festival. During the ceremony, all the social classes represented in this week of events dance to the delight of those present.