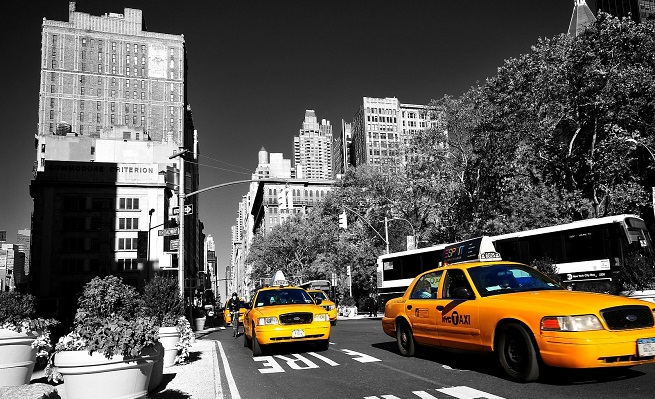 When someone starts organizing a trip, they always try to make it as cheap as possible to be able to enjoy there much more because they have a larger budget, which will be worth visiting more attractions or indulging yourself by dining in a luxury restaurant. This saving is much more when it comes to New York since the city has so many things to offer that you have to scratch all the pennies possible to enjoy all the experiences you want.

That is why more and more people choose to share a taxi in New York , both for transfers from the airport to the hotel and in the city itself to be able to move from one place to another. The taxi drivers themselves have launched a proposal that is being very well accepted and that not only saves travelers a little money, but taxi drivers earn more as more people take the taxi.

This new taxi sharing project has been in the testing phase since March and a route with several stops (from Park Avenue to Central Station) has been established so that everyone can get on and off wherever they want. As if it were the bus but with the comfort of going in a taxi and with more privacy. This service runs from 6 to 10 in the morning , the key hours in New York especially for those who work there and need to move from one place to another quickly.

The price is great since the trip costs between 3 and 4 dollars , which clearly compensates getting on one so that you are not going around a thousand times with the car or on the subway, with the advantage that you can also enjoy the landscape of the city. city, something that you always like no matter how many times you have seen it. This project has also been created with the idea of ​​reducing traffic in the city since there are those who will be more compensated to take a taxi than to bring their own car.

📖  The best destinations in the world