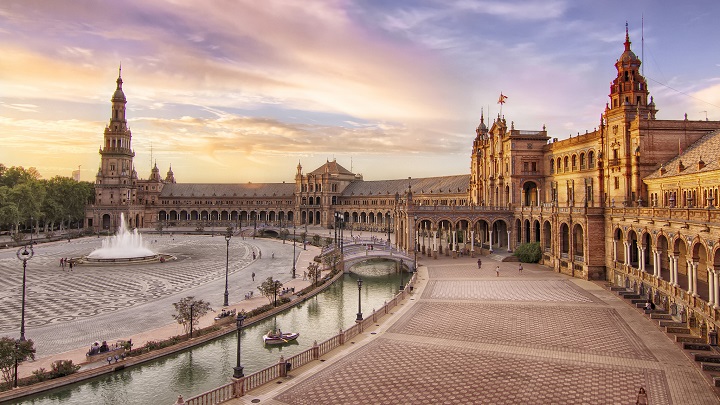 Located on the banks of the Guadalquivir, Seville is considered one of the most beautiful cities in the world, something that is not surprising if we take into account that the Andalusian capital hides many tourist attractions, highlighting its old town, which houses some monuments declared Heritage of Humanity by UNESCO; and charming neighborhoods and streets. Of course, we cannot forget its gastronomic offer, its parties; its cultural and leisure offer; and, of course, the hospitality of its people. In short, it is a city worth discovering.

There are so many tourist attractions in Seville that if you have little time it will be difficult to discover them all. For this reason, today at Vuela Viajes we want to propose six visits that you must make yes or yes if you have the opportunity to travel to the Andalusian capital. Would you like to join us?

The Cathedral and the Giralda 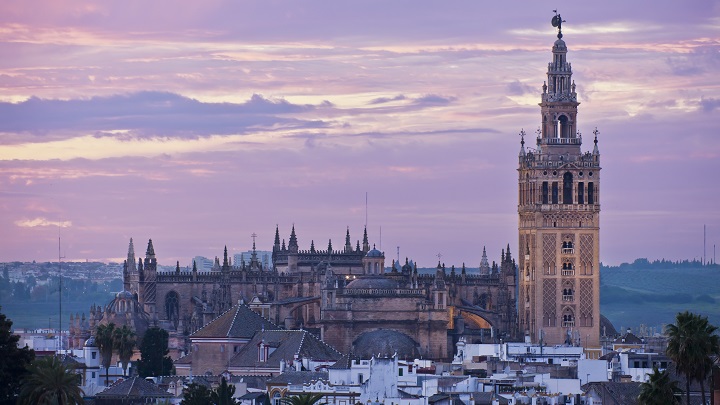 How could it be otherwise, let’s start by talking about the Cathedral of Seville, which was built in the 12th century on the Great Mosque. It is considered the largest Gothic-style temple on the planet. From the previous Arab building, the minaret , known as the Giralda, is preserved, from where you get fantastic views. In addition, during the visit to the Cathedral you will be able to contemplate the Patio de los Naranjos, Renaissance works and the tomb of Christopher Columbus.

📖  The most popular cities in Spain on Instagram in 2017

The Plaza de España, which is located inside the gigantic Parque de María Luisa, could not be missing from this list. The square, the work of Aníbal González, was built on the occasion of the Ibero – American Exposition of 1929, and mixes typical elements of the city (exposed brick, ceramics and wrought iron) with the Renaissance style. As for the park, it was donated at the end of the 19th century by the Infanta María Luisa Fernanda de Barbón to the city of Seville. 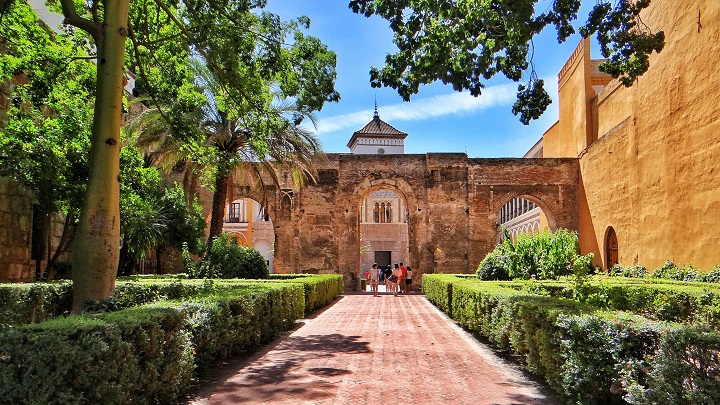 Another place in Seville that is worth visiting is the Real Alcázar, a set of palaces surrounded by a wall that began to be built in the High Middle Ages. Although it has contributions from all eras, the Mudejar and Renaissance styles stand out. Declared a World Heritage Site by UNESCO, it has served as a place of accommodation for the members of the Spanish Royal House and the heads of state during their visits to the city. 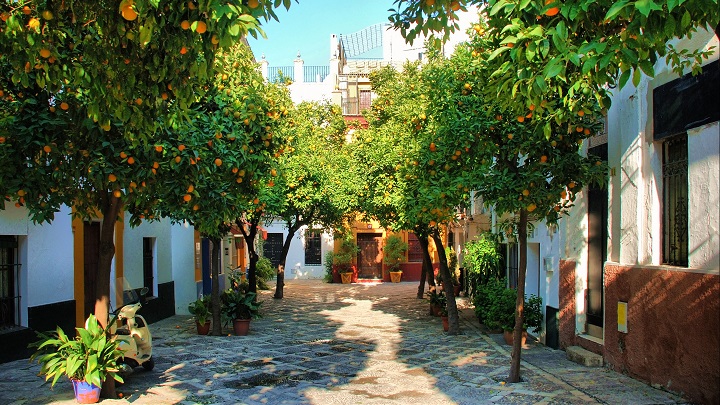 As we mentioned at the beginning, Seville hides charming neighborhoods. Without a doubt, one of the most beautiful is Santa Cruz, which runs through the historic center of the Andalusian capital. In fact, here are some of the monuments that we have mentioned, such as the Real Alcázar or the Cathedral, as well as other important buildings, such as the General Archive of the Indies, the Town Hall and the Hospital de los Venerables. 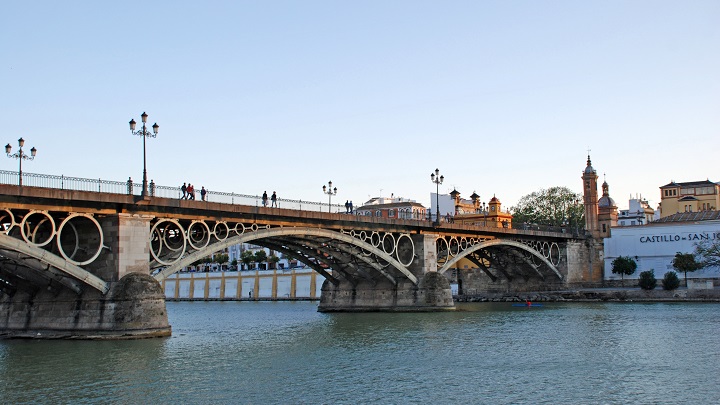 Another neighborhood in Seville that you have to discover is Triana. Cradle of important flamenco women , singers, bullfighters and sailors, this place is considered a city within the capital, since it has its own traditions. In addition, there is a physical separation, since the Triana Bridge serves as a border. Of the neighborhood, the Plaza del Altozano, the Real Parroquia de Santa Ana, the Parroquia de la O, the Calle de la Inquisición and the Mercado de Abastos stand out. 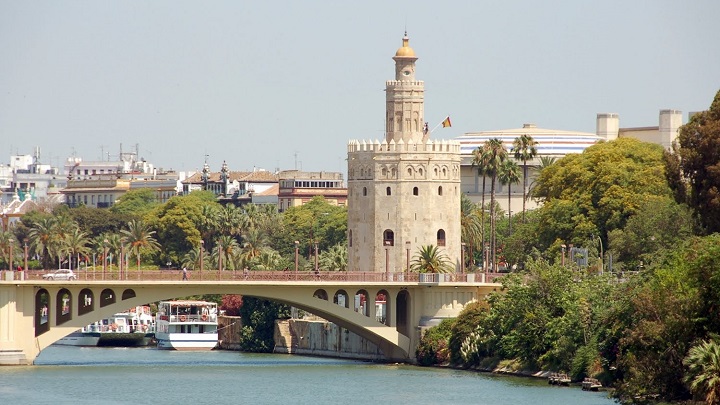 Finally, and knowing that we have left important places in the pipeline, we talk about the Tower of Gold, one watchtower located on the left bank of the river Guadalquivir, next to the plaza de toros de la Real Maestranza. It is part of the wall and dates from the early 13th century. In addition, it is important to note that it houses the Naval Museum.