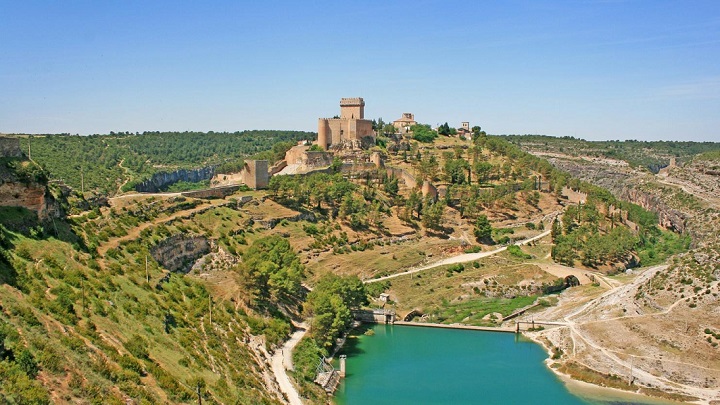 What do you think if we give way to the weekend from a unique region full of nature, universal heritage, unique festivals and excellent gastronomy? In case you had not guessed, we are referring to Castilla-La Mancha , an autonomous community famous for its crafts and for being the scene of the adventures of the famous literary character Don Quixote de la Mancha. As we want to know more about the region, today we move to Cuenca, a province that offers a landscape full of contrasts, being able to find everything from the characteristic La Mancha plain to the mountains.

If you have the opportunity to travel to this area of ​​the interior of the peninsula, you should not miss visiting the city of Cuenca and its famous Hanging Houses. Also, you should know that in this province you will find charming towns. We tell you about some of the most beautiful ones below! Would you like to join us? 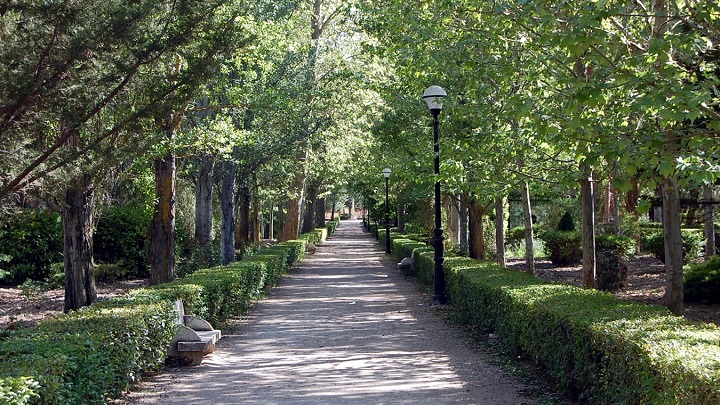 The first place we want to talk about is Huete, considered the oldest city in the province, since its origins date back to Roman times, although it was during the Muslim era when it acquired greater importance. In fact, its historical heritage faithfully reflects its significance in the past. 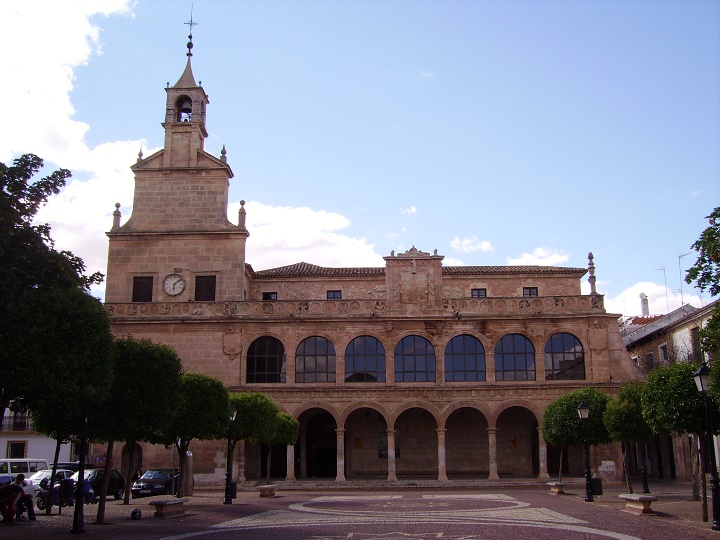 To the south of the province we find San Clemente, a town declared a Historic-Artistic Site. It is a Renaissance town that stands out for its convents, stately homes, the Old Tower and the Roman Arch. However, the most impressive building of all is the old town hall that we can see in the image that a reader has sent us. It is one of the most remarkable jewels of the La Mancha renaissance. 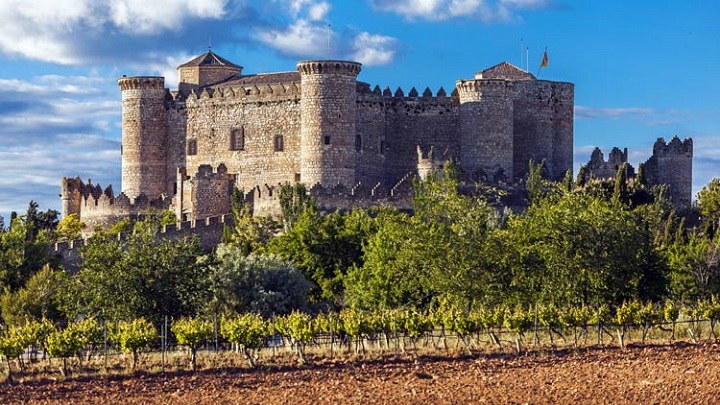 How could it be otherwise, we also have to tell you about Belmonte, which is located in the middle of the Don Quixote route. Known for being the birthplace of the poet Fray Luis de León, it houses an impressive fortress from the 15th century. In addition, we have to highlight its old town, which has been declared an Asset of Cultural Interest. 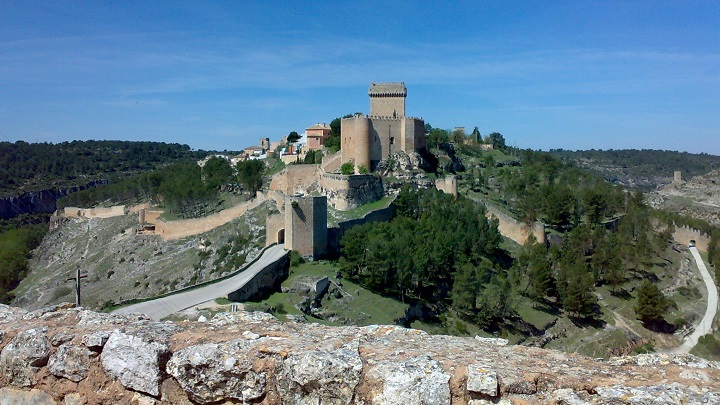 We continue our journey through the most beautiful towns in the province of Cuenca in Alarcón, which among other things draws attention for its location, between the steep gorges of the Júcar river. Declared a Historic Artistic Complex for its monuments and its surroundings, this town preserves the walled enclosure almost in its entirety. In addition, it has a castle that today is a Parador de Turismo. 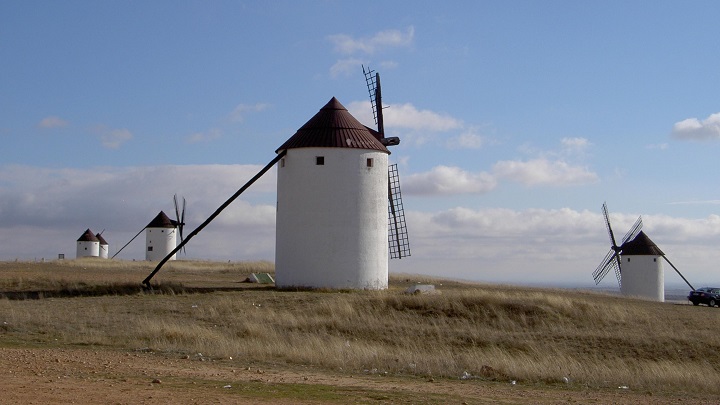 In the extreme southwest of the province, right in the heart of La Mancha, we find Mota del Cuervo, a town that preserves an interesting nucleus of stately homes. Of course, what is most striking about this place is the group of windmills located on the top of the hill. On the other hand, it is important to bear in mind that the town is also known as the "Balcony of La Mancha" for the views it offers of these lands. 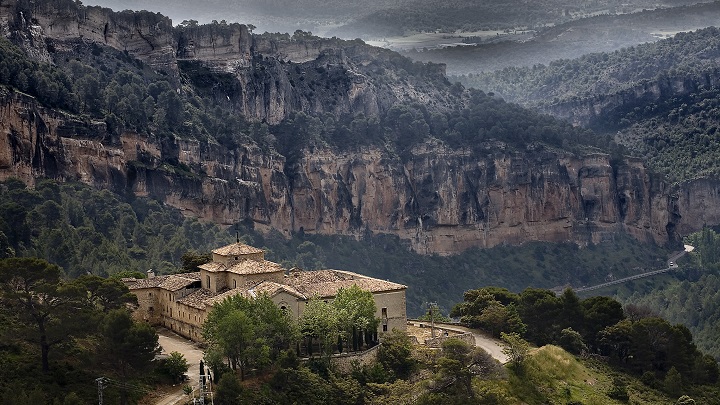 A town that could not be missing on this list is Priego, which, founded in the Middle Ages , has a rich monumental heritage, highlighting its castle and the Roman fountain and bridge. In addition, we have to highlight the Renaissance palace that houses the town hall and the Torreón del Despeñaperros. 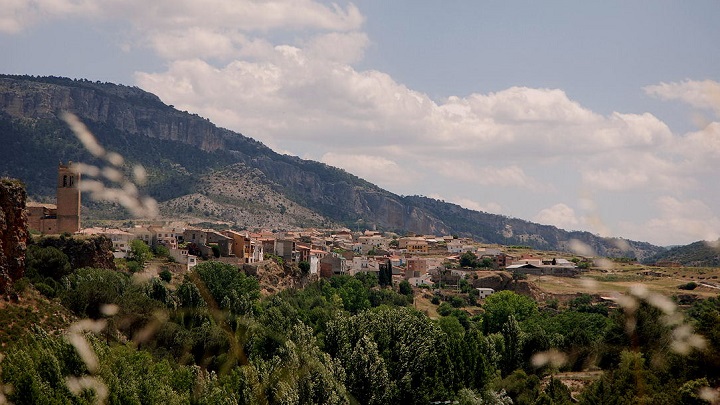 Nor could Beteta be missing from this list, a town that houses a wonderful arcaded Plaza Mayor that has the peculiarity of having wooden balconies supported by tree trunks . The remains of the Rochafría castle and the stately homes also stand out. Of course, we have to mention its privileged environment, since it is located a few steps from the Hoz de Beteta, a natural monument. 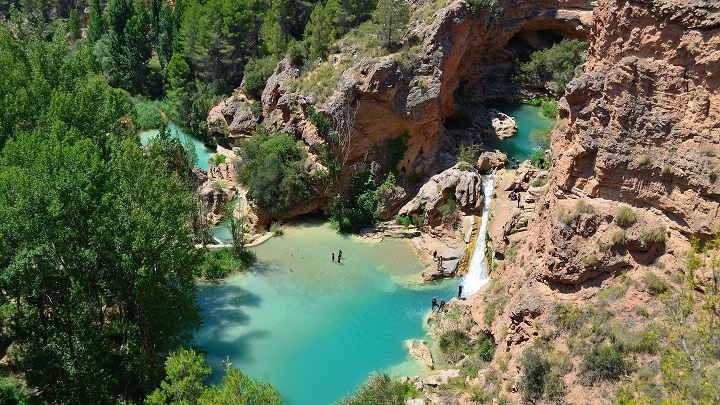 Finally, knowing that we are leaving beautiful villages in the dark, we want to talk about Enguídanos, a town located in a privileged place, so it offers beautiful landscapes. In addition, it is an ideal location for the outdoor activities such as hiking, canyoning, rafting and caving.