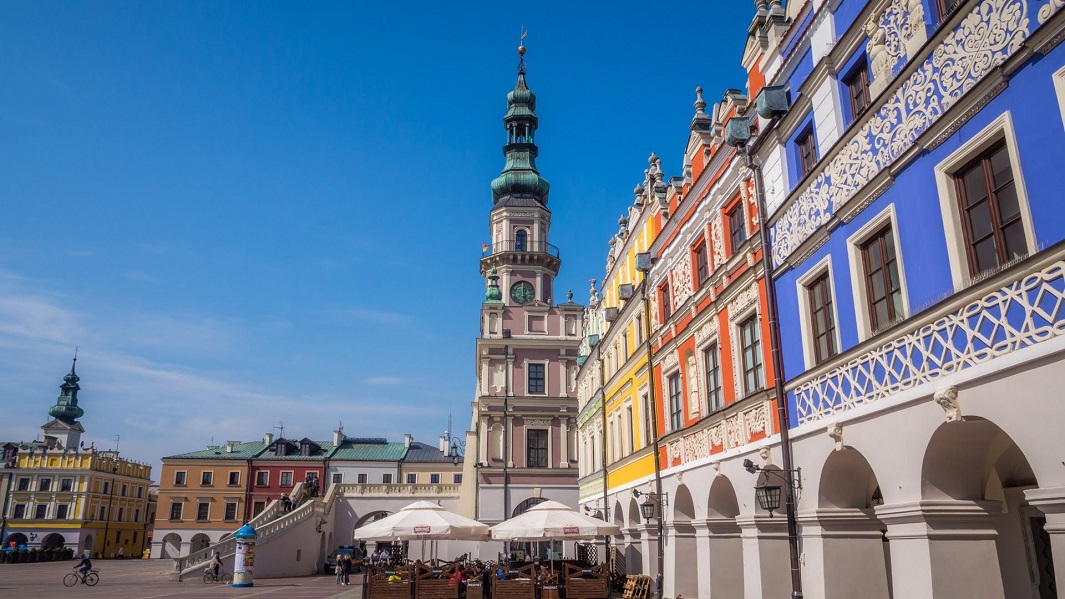 Although it is not a country that lives off tourism, Poland has the necessary ingredients to surprise those who visit it for the first time. Beyond the charms of Krakow, which is the capital, we must highlight the beauty of some of its towns .

All of them, with their peculiarities, leave their mark. They allow you to discover the charms of the most rural Poland. In fact, in some they look like something out of a fairy tale. 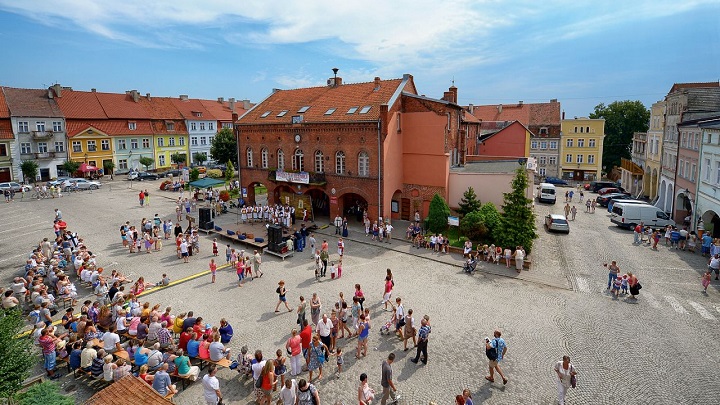 With about 7,000 inhabitants, Gniew is considered one of the most beautiful towns in the country. It is located on the banks of the Vistula River and is famous for its medieval castle in the Gothic style , where festivals are held from time to time that aim to remember the wars between Poles and Swedes. Beyond that, we must highlight the attractiveness of its streets with low-rise houses, most of which end up in a square-shaped market. 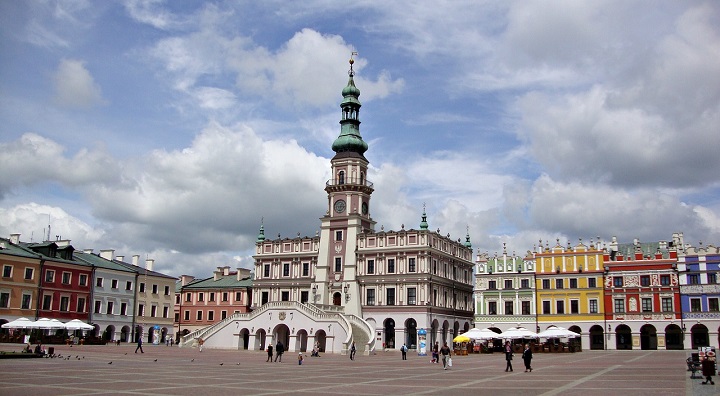 You will think you are in an Italian town. Being a place of passage that linked the Black Sea with the rest of Europe, it was influenced by currents of all kinds, the Italian being the one that ended up penetrating. In fact, to shape their streets they hired Bernardo Morando, an architect from Padua who took local customs into consideration before merging them with the Italian plant. Without a doubt, the Plaza del Gran Mercado is a must-see. 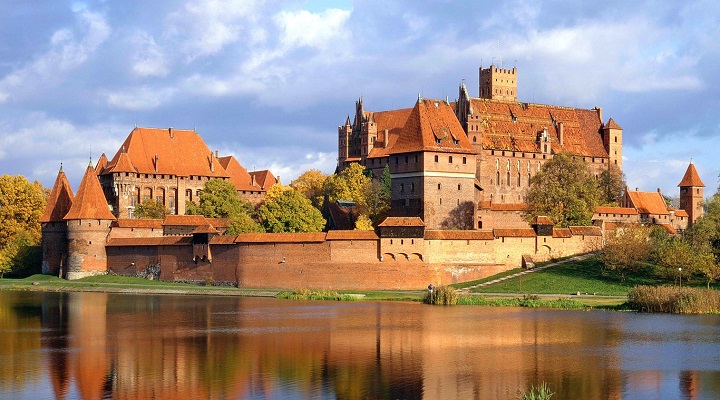 It is a town that owes everything to its castle, as its bricks have spread beyond the fortress to attract thousands of visitors. We are talking about a construction that has withstood the passing of the years and that has become a World Heritage Site. In short, it is an icon that rests on the banks of the Nogat River. 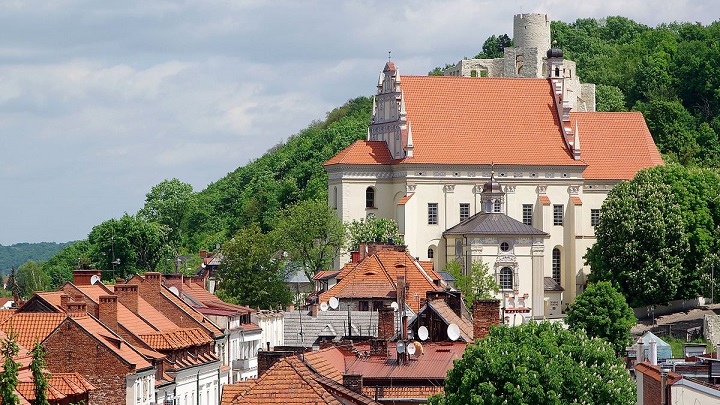 Its 30 square kilometers go a long way. The town is known as " The Pearl of the Polish Renaissance ", something that is not surprising judging by the number of monuments that were erected there. The most prominent are the church of John the Baptist and Bartholomew the Apostle, but it is also worth taking a walk through the main square to contemplate the beauty of its Mannerist-style houses. 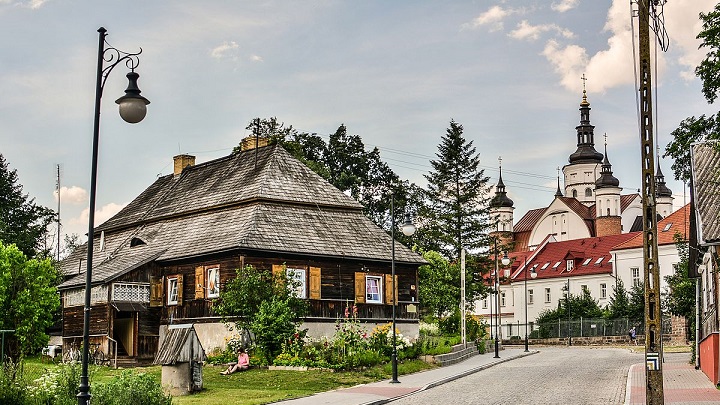 This town located in the northeast of Poland has had several owners. It was from the Lithuanians, the Belarusian Soviet Republic and the Russian Empire. All until 1944 when it came to be ruled by the Poles, who since then have made a cut of the Orthodox monastery for men of Supraśl Lavra, which housed the Supraśl Code in its library for a time. 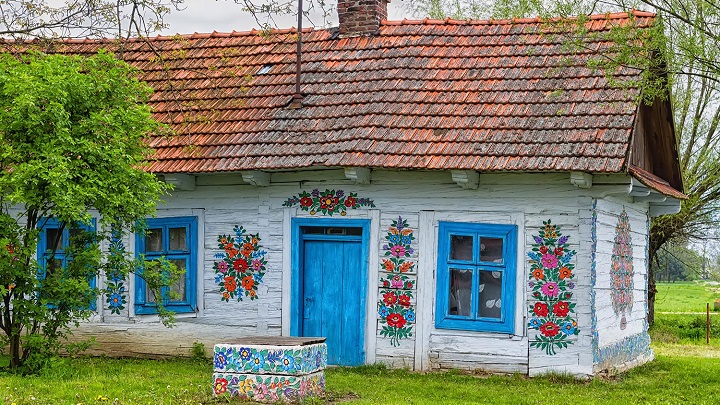 At Zalipie you can get to your feet in less than 30 minutes by car from Krakow. It is one of the smallest towns on this list, as it has 1,000 inhabitants. Of course, for many there is no similar town in Poland, since the farms are decorated with wooden planks with very bright colored flowers . In fact, once a year they organize a competition in which the farm with the most beautiful decoration is chosen.

📖  Recommended destinations for this summer 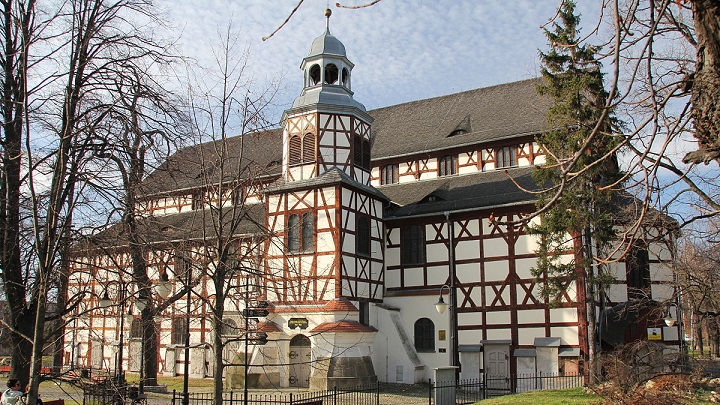 The 17th-century Treaty of Westphalia allowed the construction of three Lutheran churches on Catholic territory, specifically in the Silesia region. One of them is in this town (town in quotes because it has about 24,000 inhabitants) and it was built in a year with wood and without using nails. Beyond this church, we must highlight the evangelical churches of La Paz, the castle of Piast and a park that sometimes hosts events and celebrations. 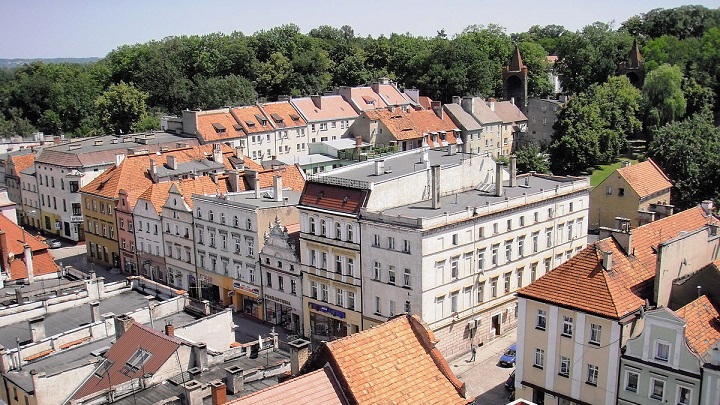 For some it is the Polish Carcassonne , since this town of about 8,000 inhabitants maintains its medieval fortifications in perfect condition. In addition, in this case we are not talking about a reconstruction of the XIX century as it happens in the French commune, but that the historical buildings are the original ones. Its 14th century church or the town hall stands out, which has a 48 meter high tower.

Recommended Article: The Most Important Cities in Poland