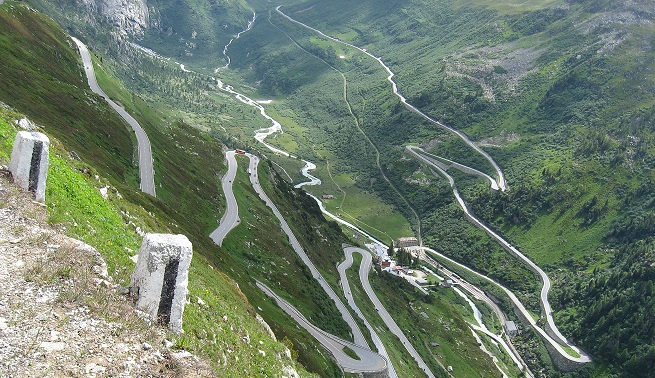 Without a doubt, the first place goes to Yungas Road , also known as the Highway of Death. It is a highway of about 69 kilometers that goes from La Paz to Coroico in the Yungas region of Bolivia. It is legendary for its extreme danger: in 1995 the Inter-American Development Bank released some shocking data as they dared to affirm that between 200-300 travelers die each year.

The road includes crossroads that are characterized by being places where many vehicles have fallen into the void. At the end of 2006, after 20 years of construction, a new highway (a by-pass) from La Paz to Coroico was opened to the public. This new route has a modern construction (bridges, drains, etc.), several lanes, sidewalks, railings and many other elements that make it much safer than the original route. As a result, Yungas Road is much less used, although a growing number of bike adventurers are daring to cross it.

📖  Places where you can be attacked by animals

We continue with the Guoliang road-tunnel in China. The road in the Taihang Mountains was built by local people: it took five years to finish the 1,200-meter-long tunnel which is about 5 meters high and 4 meters wide. Some of the villagers died in accidents during construction. On May 1, 1977, the tunnel was opened to traffic. It is located in the Taihang Mountains in the Hunan Province of China.

Finally we present the road to Arica . The road from Arica to Iquique is known to be very dangerous, since it passes through very deep valleys and the wind blows very strongly. Sometimes vehicles that have fallen to the bottom can be seen on the sides.

📖  Customers outraged by La Vida es Bella: "It's a scam"