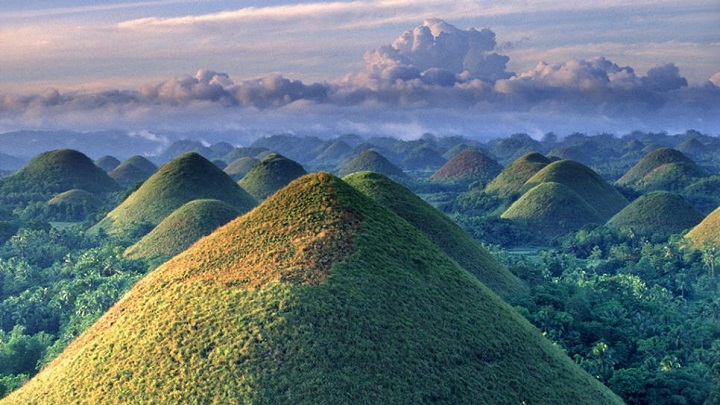 Yes, we already know that Spain has nothing to envy other countries in the world when it comes to astonishing landscapes. However, it is worth traveling to other corners of the world to discover different places, corners that amaze everyone who contemplates them. Today, for example, we move to the Philippines to discover a natural wonder that seems taken from another planet.

We are referring to the Chocolate Hills , an unusual geological formation made up of more than a thousand conical mounds of a similar size. Do you want to discover more details? Well, you know what you have to do! Do not miss anything that we tell you below!

The so-called Chocolate Hills are located in Bohol , a Philippine island province that is located in the Central Visayas region. This is a very popular tourist destination thanks to its beaches and churches, among other elements, although the main tourist point of the place is to be rock formations formed of limestone that seem to have been created by humans or, if not, by aliens. . However, the architect of this place is nothing more and nothing less than nature, which does not stop surprising us. The best place to observe them is the viewpoint that has been built on one of the hills, where there is also a restaurant and a hotel.

📖  The best beaches in the Philippines 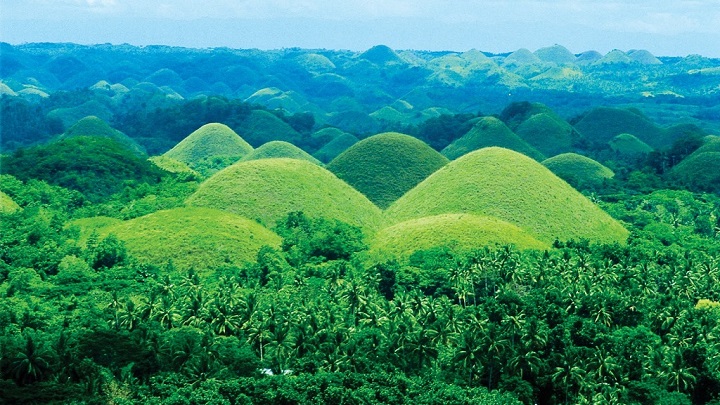 What makes this set of rock formations so special? Well the truth is that many things. And we are talking about a place formed by 1,268 conical mounds of similar shape and size (most reach 120 meters in height) and distributed in a practically regular way. These formations in the shape of hills are gathered in an area of ​​about 50 square kilometers and, at some times of the year, they look like exquisite chocolate bonbons ; hence the name. This occurs in winter, when temperatures drop and the lustrous topsoil that forms in summer dries up and takes on a brownish hue. 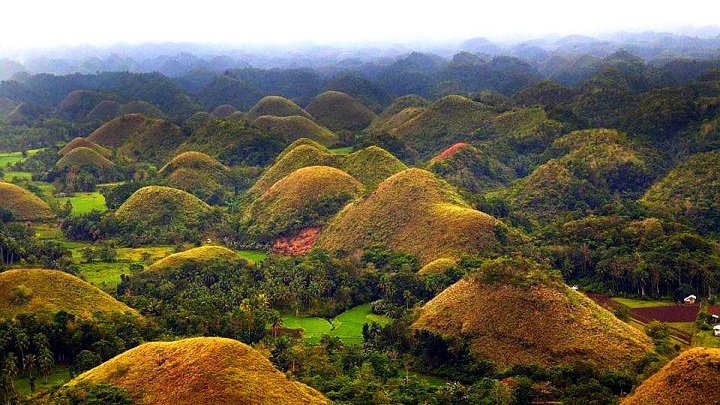 The origins of the Chocolate Hills

Logically, chocolate has nothing to do with the formation of this surprising natural site. Of course, its origin is not known for sure either. Among the different theories that circulate around this geological monument, the one that has the most weight among scientists is the one that ensures that they were formed as a result of the erosion of the coral remains that accumulated when the sea covered the island. As you can imagine, there are many legends that surround these hills. One of the best known is that of Arogo , an immortal giant who shaped the mounds as he mourned the death of his beloved. Another legend assures that the formations are the balls that some giants threw when fighting among themselves.

📖  Malapascua Island in the Philippines 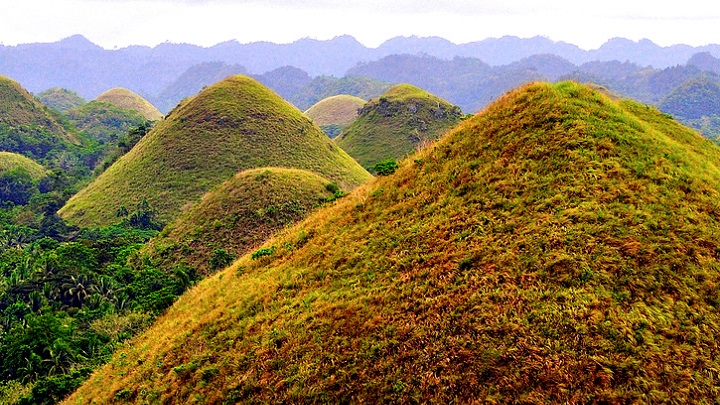 The Chocolate Hills are not only one of the main tourist attractions in Bohol, but in the whole of the Philippines. Therefore, it is not surprising that the government uses this geological monument to promote inland tourism. In fact, it is present on the country’s flag and stamps. Of course, taking into account that it is a most peculiar place, it is not surprising that it has been proposed as a World Heritage Site by UNESCO. Then we leave you with our gallery , where you will find more beautiful images of these hills located in the Philippines. Do not miss it! 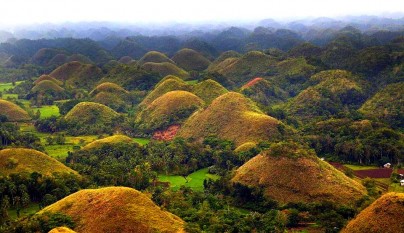 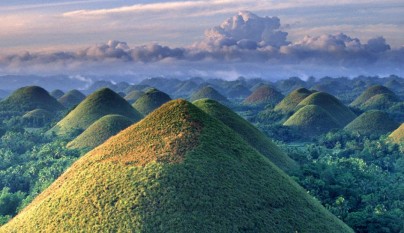 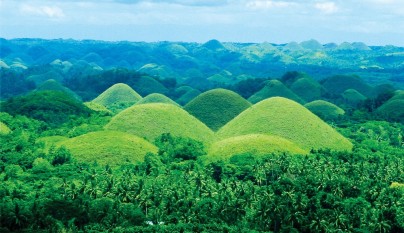 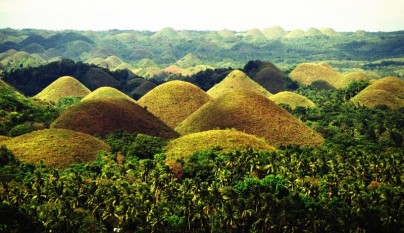 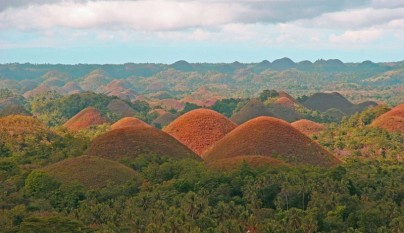 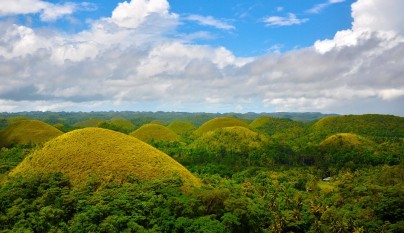 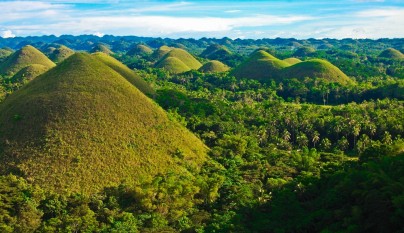 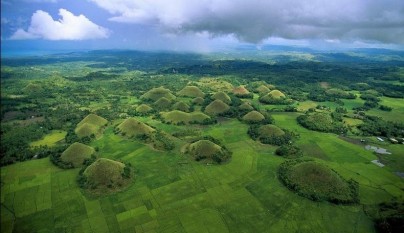 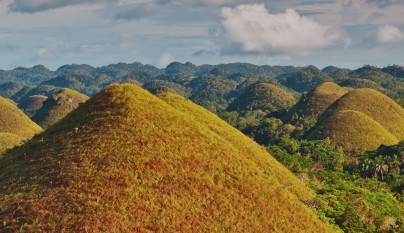 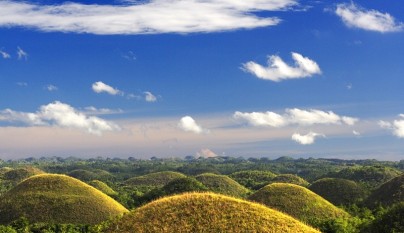 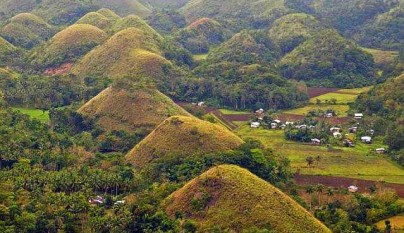 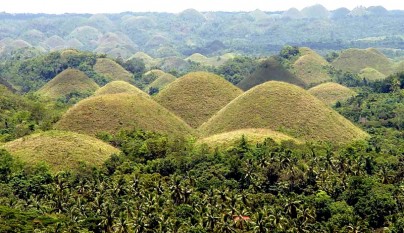 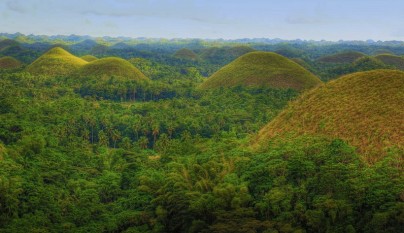 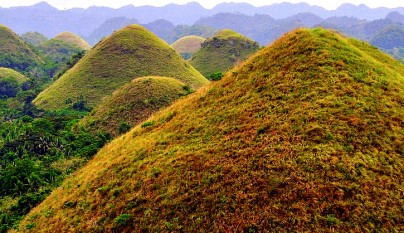 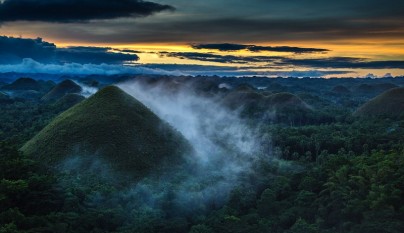 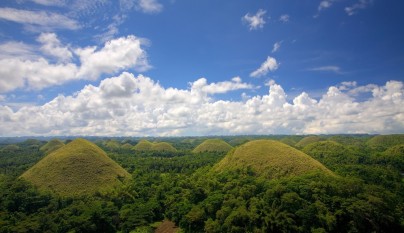