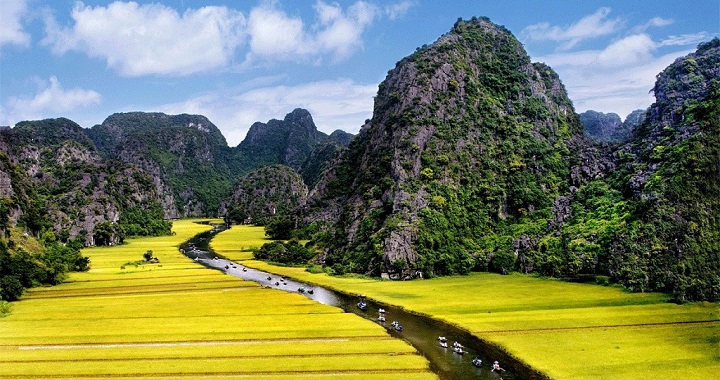 Taking into account that Halong Bay is world famous (in fact, it is considered one of the Seven Wonders of the World), and that, therefore, it is always full of tourists, today we wanted to move to a corner of Vietnam less known but just as beautiful. At least from our point of view. We are talking about the Trang An area , located in the north of the country.

A month ago, the authorities of Ninh Bing, a province in northern Vietnam where this spectacular set of picturesque landscapes is located, received the title of World Cultural and Natural Heritage by UNESCO , thus becoming the country’s first mixed world heritage. It is a title that was awarded to the country last summer. Do you want to know the bay of Trang An more in depth? Well, do not miss anything that we tell you below!

This complex covers no more and no less than 10,000 hectares divided into three areas: the Trang An-Tam Coc-Bich Dong Ecological Zone, the Ha Lu Primeval Forests and the Hoa Lu Imperial Capital Citadel. Here you can find limestone mountains, karst peaks, cliffs, beautiful valleys, lakes, rivers, rice fields, swamps and a spectacular ecosystem with numerous species. So it is not surprising that scientists call this place an " open- air geological museum ." Of course, what most often attracts the attention of tourists and scientists are its mysterious caves. In fact, there is a complex of 51 routes known as the "Ha Long Bay on land." As you can imagine, some of them have names. 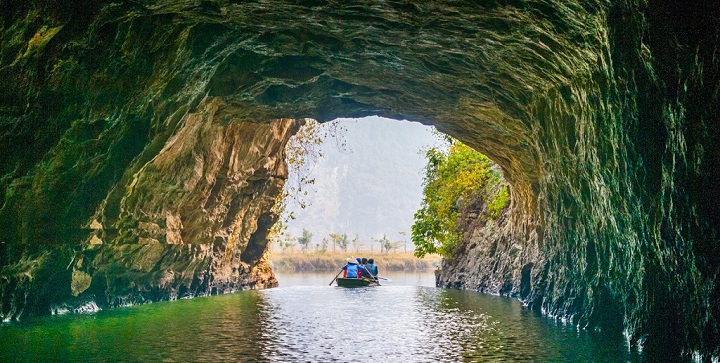 But the importance of the Trang An resort goes far beyond its spectacular scenery. And it is also a place of great historical value, being the place where King Dinh Tien Hoang established the first centralized feudal state of the country in the middle of the 10th century. It is important to point out that some prehistoric relics are preserved in the caves ( some from 30 thousand years ago). For example, human and animal remains, tombs, bones, work utensils, ceramics, mollusk shells have been found … In addition, in the complex you will discover ancestral villages, temples, pagodas and the ancient citadel of Hoa Lu. And not only that, this is also where Buddhism emerged in Vietnam.

📖  10 destinations for a digital detox 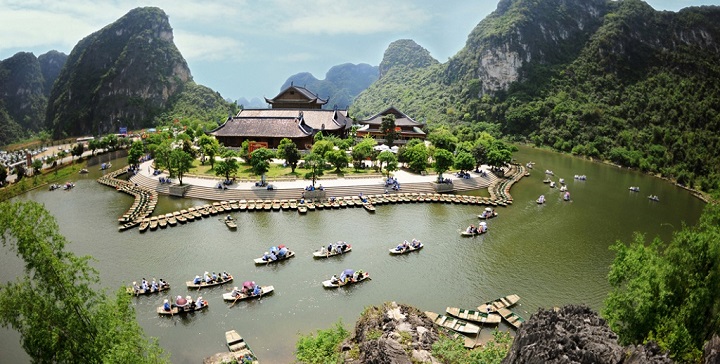 One of the best ways to discover this impressive complex is by boat. The good news is that there are no endless lines here like in Ha Long Bay, at least for now. Moreover, at some times of the year, when tourists are less frequent, it is possible to see the boatmen playing cards while waiting for the arrival of customers. In general, these boats are usually carried by women who drive with their feet and the tour lasts about two hours. 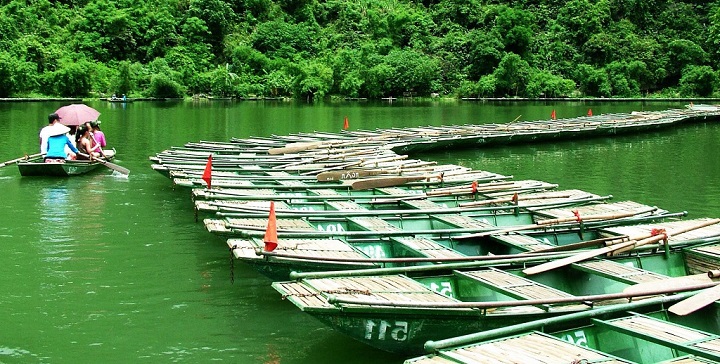 Thanks to the efforts of the government, residents, and scientists, this natural and historic treasure has been kept in pristine condition. However, it is necessary to develop a plan to be able to sustainably exploit the ecosystem and this environment known as the land of peace, vitality and happiness. The primary objective is to preserve the cultural, historical, archaeological and geological relics of the place, in addition to protecting the ecosystem. Then we leave you with our gallery , where you will discover a lot of images of Trang An bay. Do not miss it! 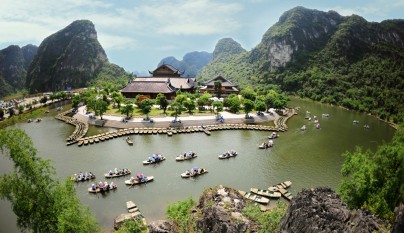 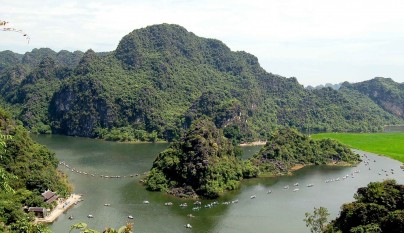 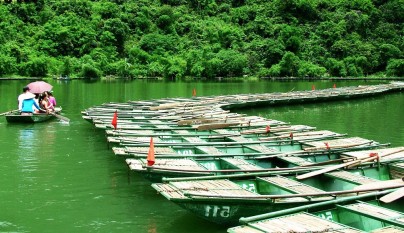 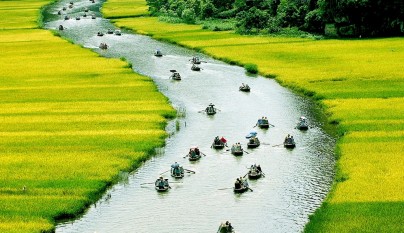 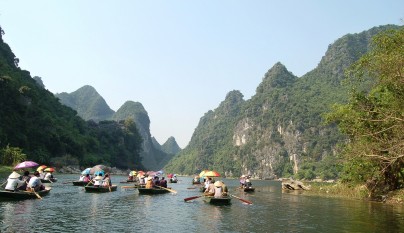 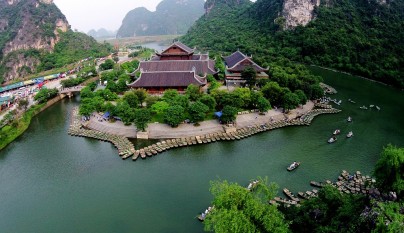 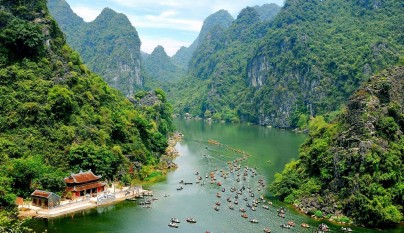 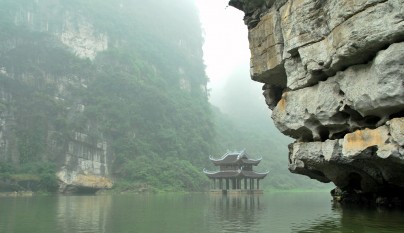 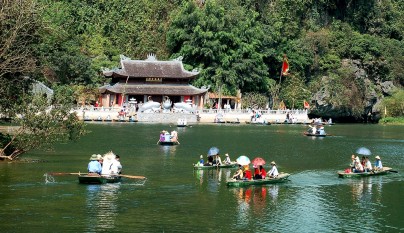 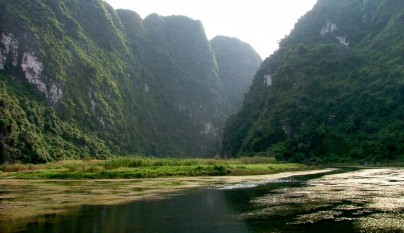 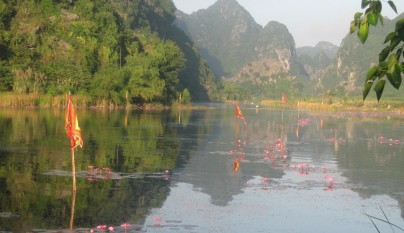 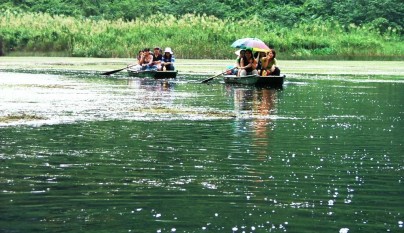 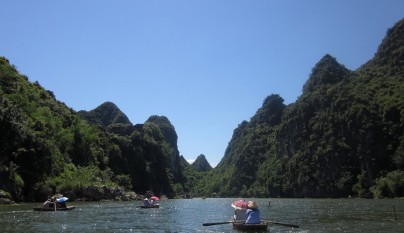 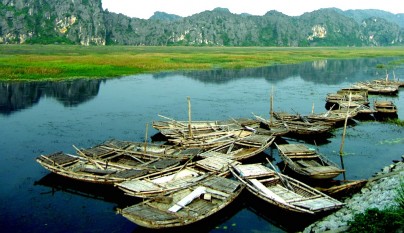 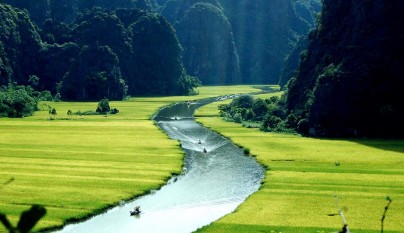 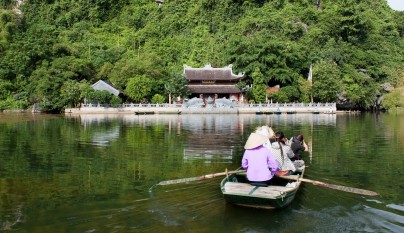 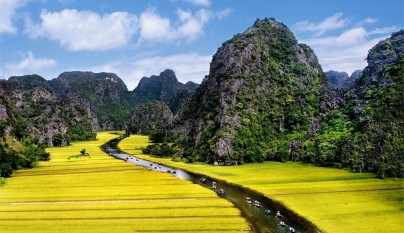 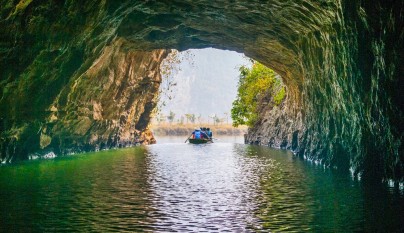 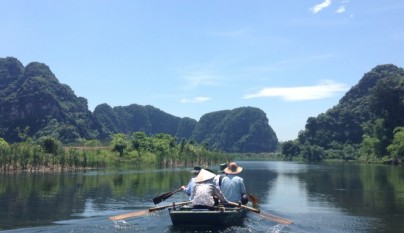