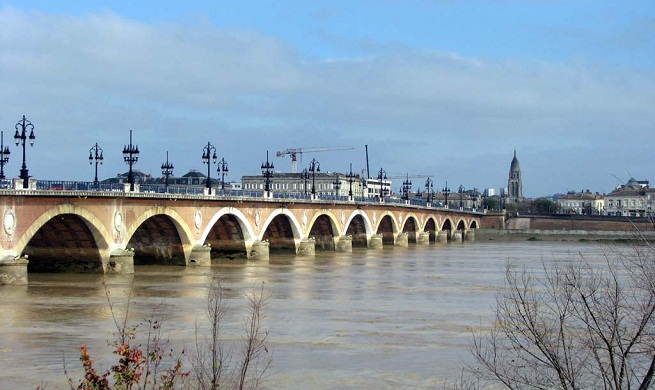 Whenever you want to travel to France, you first think about visiting a destination like Paris, something logical since it is not only the capital but it is also one of the most beautiful and spectacular cities in the world. But not everything is the famous "City of Light" since there are other cities that have a lot to offer you, so if you are going to be in this country you should take the opportunity to know more places, or even travel a second time to get to know them.

One of the most interesting cities is Bordeaux , which is almost 30,000 years old and was inhabited by Neanderthals and founded in the 3rd century BC. It was founded with the name of Burdigala but later it was renamed as it is today. It is in the southwest of France and it is a port city with a lot of charm, which is about 500 kilometers from Paris.

It is the seventh most populated city in the country and very famous throughout the world for its vineyards and for being a port where many cruise ships and ships arrive. Bordeaux offers countless possibilities to all its visitors, such as taking a walk on the banks of the Garonne and being able to enjoy the views of the bay in a landscape with many boats in front of old buildings, which have been declared a World Heritage Site.

The St. Michel neighborhood is one of the most interesting and beautiful, thanks in part to being a medieval neighborhood where you can find a lot of beautiful alleys and the most important building in the area: the Basilica of Saint-Michel, which It is an architectural marvel from the 14th century. Very beautiful too, and probably as important as the previous one, is the Fleche St-Michel Tower, a 114 meter high tower that is the second tallest medieval tower in France.

📖  Tips for traveling to Japan

If you like antiques you will be in a perfect city to get a few, especially in the Chartrons neighborhood since that is where there are more and better shops. Wine is another of the outstanding factors of tourism, thanks to the fact that it is considered one of the best in the world. At the Château Pichon-Longueville-Comtesse you can enjoy a spectacular wine in a unique landscape.

Finally, another recommended area is Bastide , an industrial area that you reach by crossing the Pont de Pierre, one of the most famous bridges, since Napoleon crossed it with his armies. This area is especially beautiful since from that bridge you can enjoy the view of the entire city, and if you do it at night the experience will be fantastic.