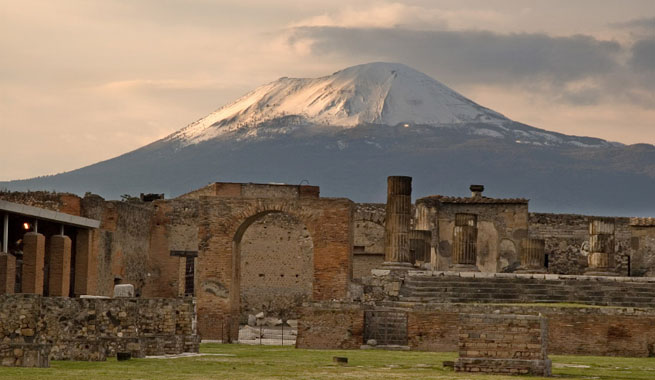 Vesuvius is the most famous of the Italian volcanoes, but it is not the only one. In the Campania region, between the Tyrrhenian Sea and the Apennine Mountains, we can find several specimens: Roccamonfina, Vulturio, Albani … Although some are very old and totally deactivated, others can wake up at any time. This is the case of the Lipari and the Vulcano and, also, of the famous Vesuvius.

Despite everything, climbing the crater of Vesuvius has become a highly sought after activity by tourists. We tell you some curiosities about this famous volcano. 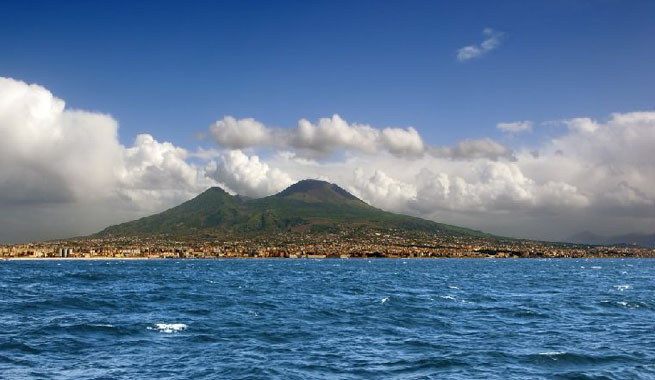 Vesuvius is asleep, but its eerie gray silhouette does not let the possibility of waking up one day slip from our minds. If you ask the Neapolitans , they will tell you that they entrust themselves to San Genaro, their protector when it comes to the action of the volcano. And they go on with their life …

The many episodes of activity that Vesuvius has experienced, which remained very active throughout the 19th century, have been recorded and studied. The last eruption was in 1944, when the villages at the foot of the mountain were hit by lava. Since then no sign of activity has been recorded, but that does not mean that it cannot occur at any time. More than 700,000 people live in the area considered high risk .

The ascent to the crater

For years now, many travelers have been going up to the crater of Vesuvius. The excursion to this mountain is a classic. In fact, a funicular was built, which was destroyed in the eruption of 1944. It was replaced by a cable car that no longer works today.

📖  5 islands you should visit at least once in your life

Today you can go up by car from Herculano or Torre del Greco, two nearby points. The road leads to an old observation post that no longer works. It is the Vesuvian Observatory , where minerals and ash samples from the volcano are kept. From this point you have to climb on foot to the top of the crater, a huge hollow whose walls still let smoke escape. Impressive.