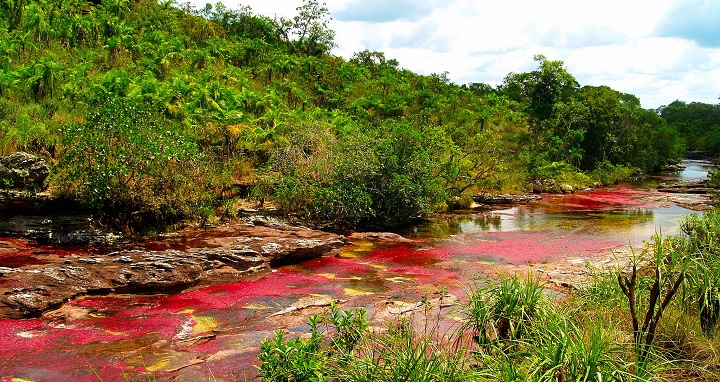 Caño Cristales is located in the department of Meta, in the interior of Colombia , very close to the municipality of La Macarena. It consists of a succession of rapids, waterfalls, streams and wells with waters of impressive purity, through which the five colors that predominate throughout the river can be seen.

📖  Tips for traveling to Colombia 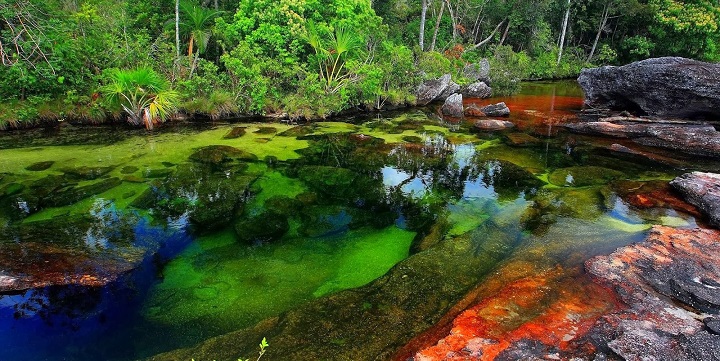 The river of five colors

Serrania de la Macarena is a nature reserve at the confluence of Amazon and Andean elements Orinico, as well as countless waterways that run down the slopes steep. One of them is Caño Cristales, also known as the “river of five colors”, the color of the algae that grows in this river: yellow, blue, green, red and black. However, red is the predominant color of the spout, since, when the water decreases in summer, the sun dries the plant known as the macarenia clavígera . 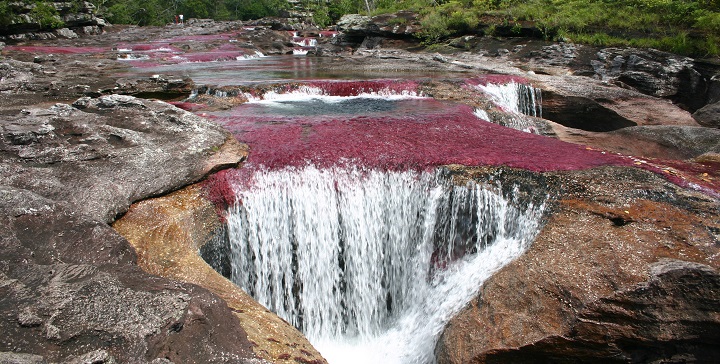 In addition to their colors, the river and the Macerena area are characterized by their rocks, which are 1,200 million years old. Because the river bed is rocky, with moderate intensity rain its flow can grow dramatically, leaving the traveler isolated on its banks. However, Caño Cristales is declining just as quickly.

📖  The 7 most beautiful cities in Colombia

Here we leave you with some beautiful images of Caño Cristales. 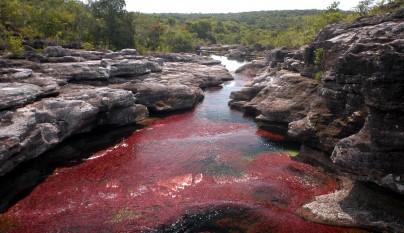 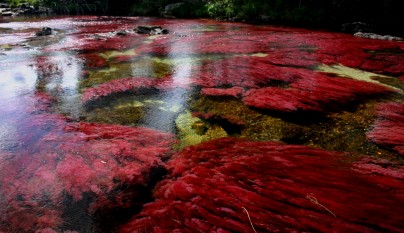 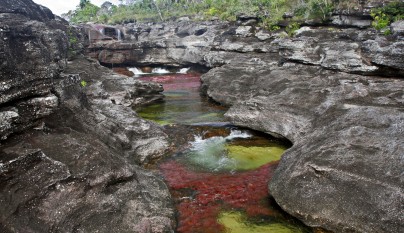 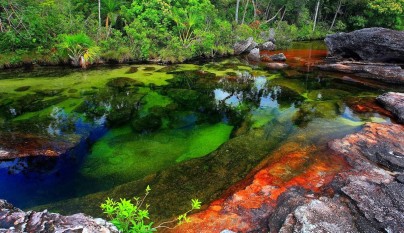 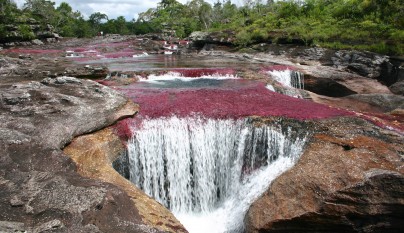 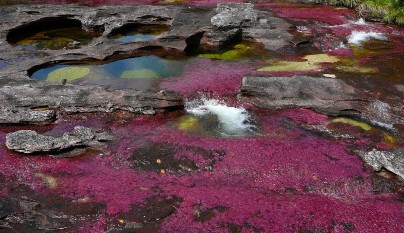 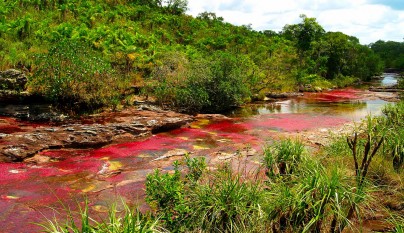 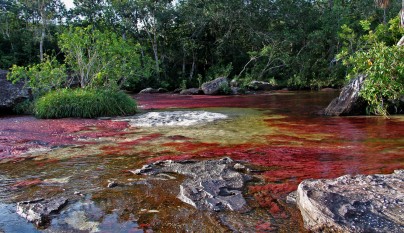