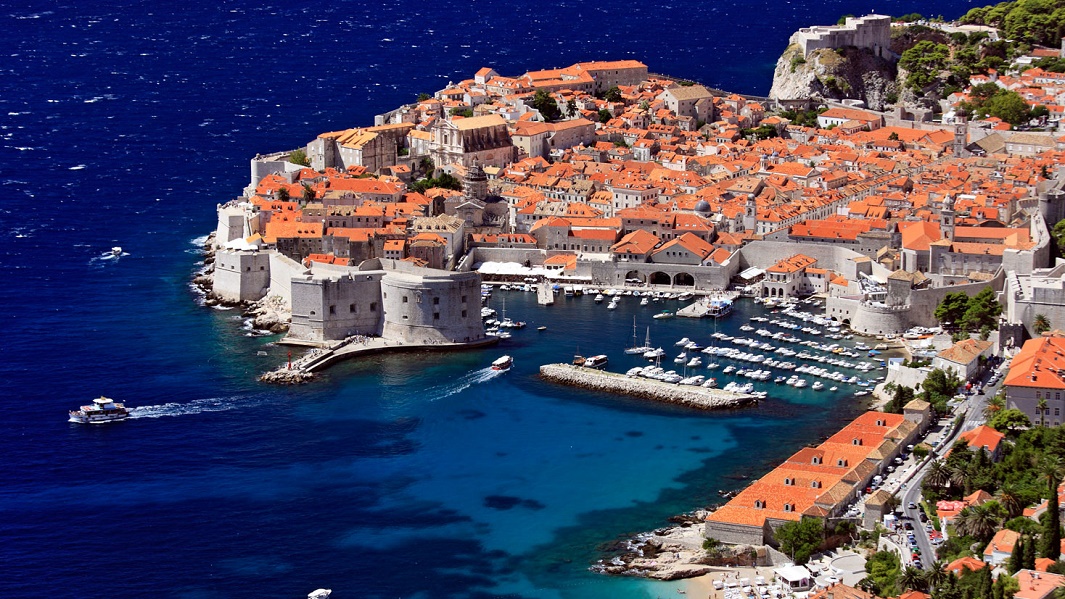 It is not the capital of Croatia, but for many it is the most beautiful city in the country. Dubrovnik has become one of the most popular destinations for Europeans during the summer, something that is not surprising considering how much it can offer tourists.

Culturally it is a box of surprises, the views of the Adriatic Sea are privileged and the beaches stand out for the purity of their crystalline waters. Of course, most of them are made of stones, so they have little to do with those of the Balearic Islands or Sardinia, which are undoubtedly the ones with the greatest reputation in the old continent.

If you are going to travel to Dubrovnik, the most normal thing is that you do it by plane , although you can also do it by car or by boat. It will take just over two hours to land from Barcelona and almost three hours if you fly from Madrid. Once at Dubrovnik Airport , you can take a taxi to the city center for between HRK 250-300 (between € 33 and € 40). Of course, ask the price before leaving so as not to be upset. There, as everywhere, you can run into the typical taxi driver who does everything possible to deceive customers.

Another option, much cheaper, is to take the Atlas Agency bus. You pay 40 HRK (about 5.50 euros) and in 40 minutes you are very close to the historic center. It stops at Puerta de Pile and the Puerto de Gruz bus station. 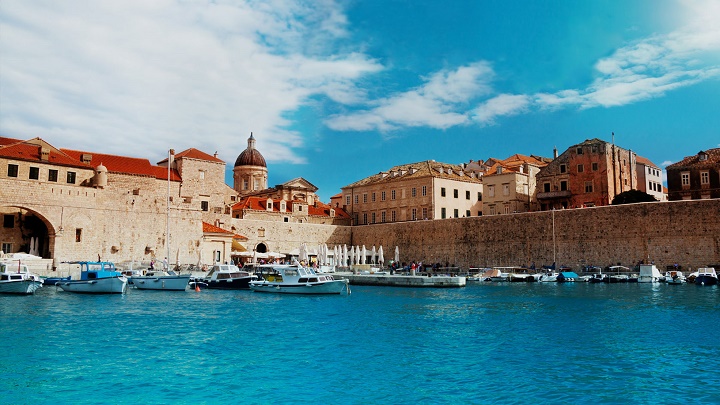 It is very easy to recognize city buses. They are orange in color and are called Libertas . They are available between 05:00 and 00:00 hours and usually run every 10 or 30 minutes for each stop. It is possible to get a ticket as soon as you get on the bus with cash and there is the possibility of buying a one-hour pass for 15 HRK (about 2 euros) or 24 hours for 30 HRK (about 4 euros). Of course, be careful because the bus signs are in Croatian and you probably don’t know which one you should take. Take a good look at the maps that you will find at the stops and consider the possibility of visiting Dubrovnik in the Cabrio City , a bus with an audio-guide that costs 60 HRK (about 6 euros).

Taking a taxi is another option to get around the city, but it is obviously the most expensive of all. They are white and you have to go to a taxi rank to get on one of them, since it is not allowed to hail them on the street. Negotiate the price before you set off and keep in mind that there may be surcharges, such as traveling on a holiday or traveling at night. 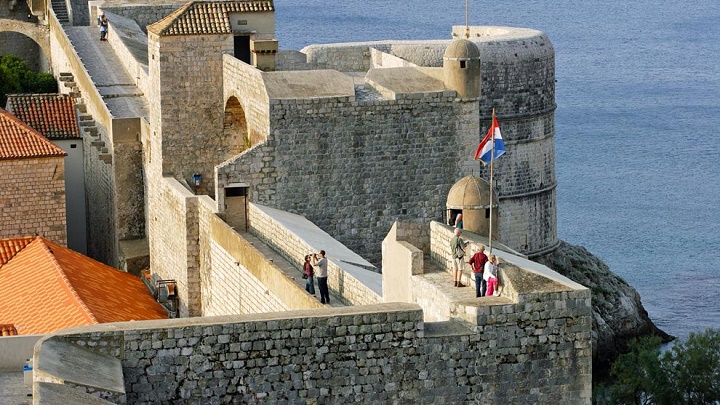 Finally, you are always in time to rent a car to get to know the city, although it is not recommended. The historic center is 100% pedestrianized and you will not be able to go past the Puerta de Pile. That is why it is silly for you to rent a car if you are only going to move around the center. Another thing is that you want to explore the outskirts and visit other cities. Keep in mind that in Dubrovnik there are only two gas stations and many streets are one-way.

What you can’t miss

The walls of Dubrovnik : They were built in the 13th century to protect themselves from invasions. Today they are no longer necessary for this function, but it cannot be denied that they have a lot of charm. They make you feel like in another era, and all this without losing sight of the beauty of the Adriatic Sea. In fact, more than one will feel like in "Game of Thrones", since it is the place they have chosen to record all the scenes that occur in King’s Landing. 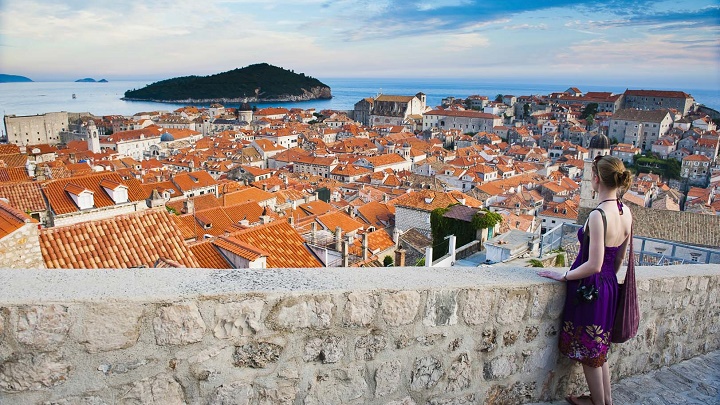 Church of San Blas : It is a beautiful church that was built in 1715 following the instructions of the Venetian architect Marino Gropelli. Saint Blaise is the patron saint of the city, so it is not surprising that it bears his name and a statue that was saved from the earthquake that shook Dubrovnik in 1667, when the space was occupied by a 14th century Romanesque basilica. On February 3, San Blas is celebrated and the building takes on a special role. It is located in Plaza Luza (no number) and is only open for mass from Monday to Saturday at 08:00 and 17:30. On Sundays it is open at 11:30 am and at 5:30 pm. The entrance is always free. 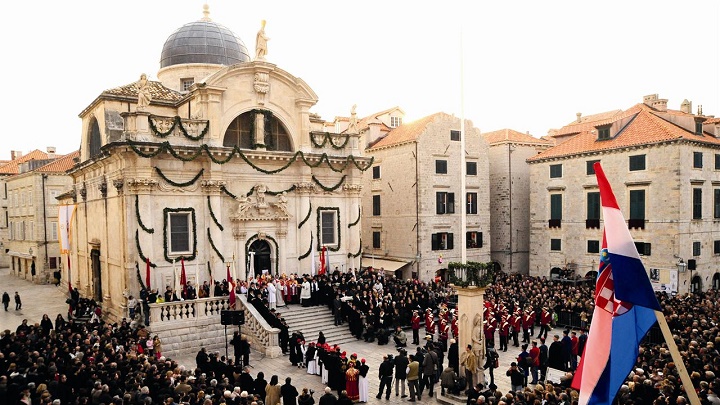 Franciscan Monastery : It is located at the beginning of one of the liveliest streets of the city, Stradun Street. It has the Puerta de Pile next to it and is a must for all tourists. The Franciscan Order settled in Dubrovnik in 1235, although the first data on its current location date back to the 14th century. Already in the seventeenth century they added a library in which we can find numerous manuscripts, paintings by unknown artists, pieces of coral or votive jewelry. In fact, it even has the head of Saint Ursula as a relic. It is a perfect place to relax amid all the hustle and bustle in the summer months. 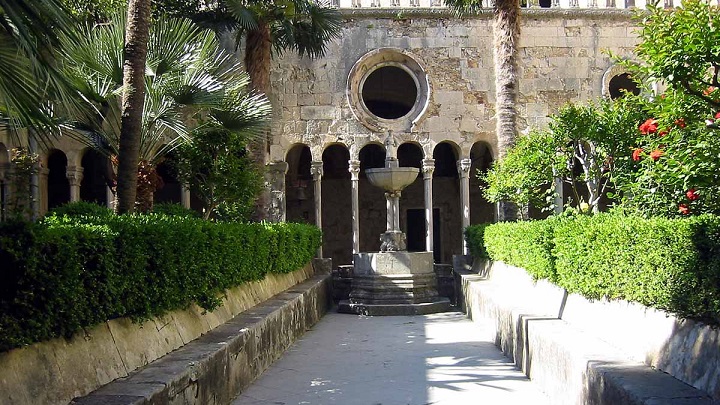 Sponza Palace : Merchants always flocked to this palace during the 16th century. It is also known as Divona and was built between 1516 and 1521. It combines various artistic styles of the time and that gives it a special appeal. In fact, it is the place chosen by many Dubrovnik citizens to get married. 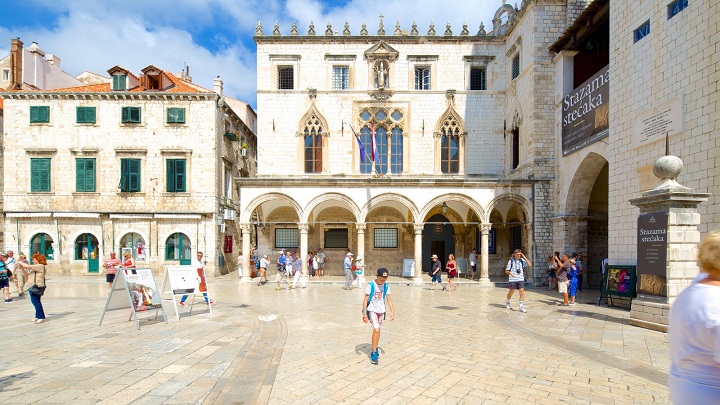 Dubrovnik Cathedral : It is the Cathedral of the Assumption of the Virgin Mary. It was built after the 1667 earthquake thanks to the dedication of the priest and diplomat Stjepan Gradić, who moved to get enough money to build it. They hired the Italian architect Andrea Buffalini de Urbino and the works began in 1671, although they did not finish until 42 years later. The façade highlights the blue color of the dome that blends in with the red roofs of the city. The interior is even more beautiful and houses hundreds of reliquaries of saints in polished gold and silver. They are the ones that are carried during the procession in the San Blas festival, on February 3. 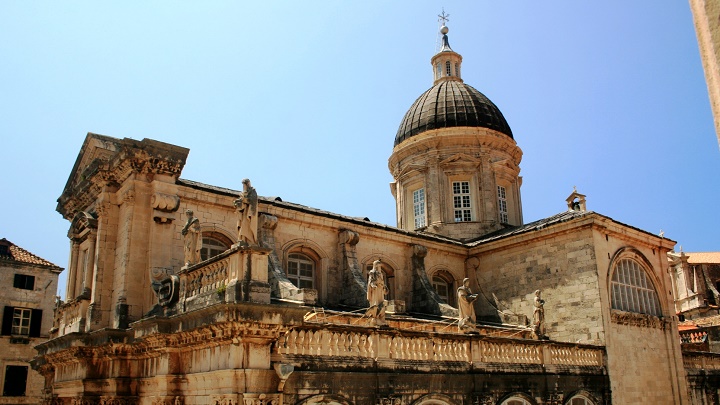 Beaches : Banje, a few meters from the Puerta de Ploce, is the most popular in the city. Of course, as happens in all of them, you will have to wear the right footwear so as not to hurt yourself with the stones that hinder your first steps in the water. As I have mentioned before, those of Dubrovnik are not beaches with fine sand, but at least they can boast of crystal clear waters. In fact, they say that those in Croatia are the cleanest beaches in the Mediterranean, something that will cost them to maintain considering that not all tourists are educated. 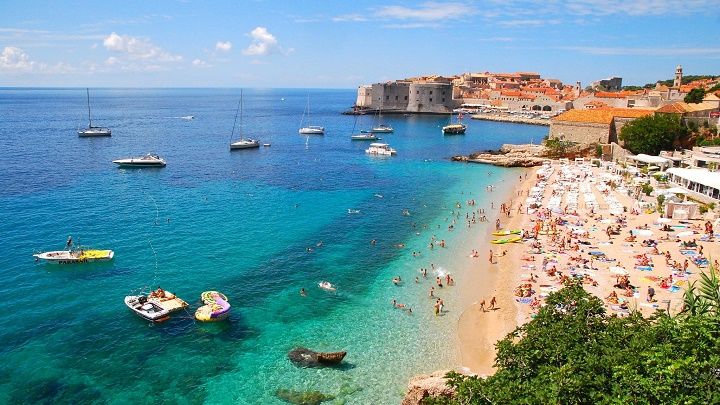 Route of «Game of Thrones»

Fan of " Game of Thrones "? You are not the only one, of course. That’s why you shouldn’t be surprised to see people taking pictures in Dubrovnik as if they were characters from the HBO series. It is the place they have chosen to record the scenes of King’s Landing and that has made it possible that today specific tours are offered in packs that can cost around 60 euros. Lovrijenac Fortress, Trsteno Arboretum, Pile Gate, Minceta Tower, Stari Grad… Write down all these sites and visit them on your own. Everything is very close. 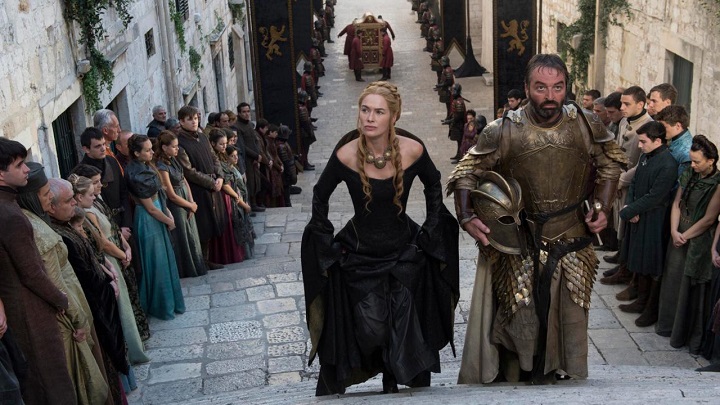 – The six best beaches in Croatia