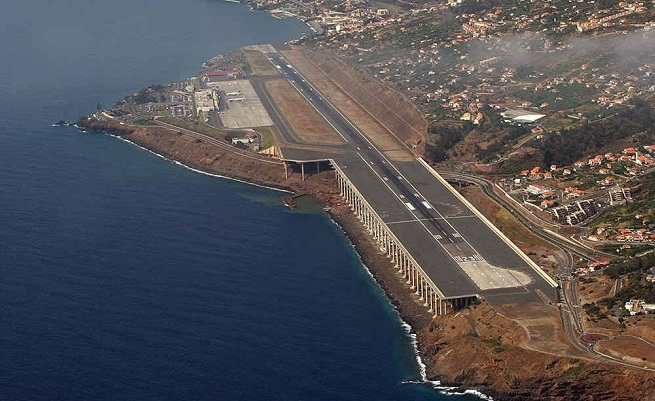 Some essential conditions to say that we are in a good airport are: that it has an endless flat terrain, that the winds are always favorable and that it has great visibility. In reality, not all airports in the world have these characteristics, so there is a list of the so-called worst airports in the world. Do you know any of these airports? Take note:

– Ross Island, Antarctica
Why is it dangerous? The airstrip is an impressive ice rink. There are no paved runways, just vast stretches of ice. Since there are no human settlements there, the station has a large amount of space for large aircraft. However, the problem is that the weight of the aircraft can cause the plane to sink in soft areas of snow.

📖  Tips to save on travel

– Kansai International Airport
Why is it dangerous? While the airport’s infrastructure appears to be impressive, it is built in Osaka Bay. Changes in climate and sea level can be a real threat to the existence of the airport. If the temperature continues to rise at such a rapid rate, some meteorological consultants are warning that this airport could be submerged in the next 50 years.
Higher

– Lukla Airport
Why is it dangerous? It is surrounded by a terrain with a huge mountain. Air and weather are highly unpredictable. Apart from all these shortcomings, the track is short. Due to the changing weather, sometimes flights are delayed or directly closed all day.

– Toncontin International Airport
Why is it dangerous? It is a civil and military airport. It is built on a plateau in the city and has a short track. As the airport is surrounded by mountains, the pilots have to do wonders to start the descent.