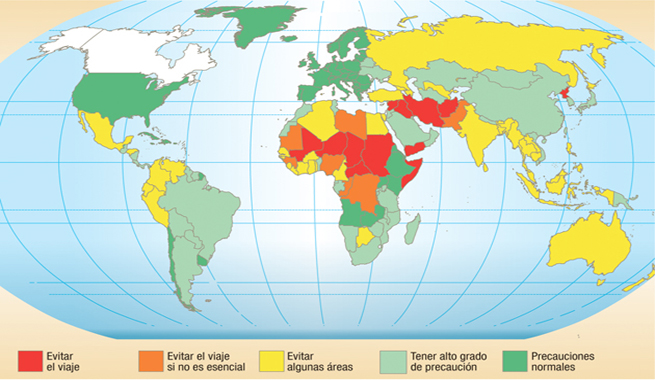 Traveling the world is a unique experience. It provides tourists with such wealth that it cannot be compared to any other activity. But, of course, it also has its drawbacks. And it is that to get to certain places, you have to take certain risks . For this reason, it is convenient to be clear about which countries we can travel to which not, as it is dangerous for our integrity.

A few days ago the governments of the United States and Canada published a map with the destinations that tourists should avoid in the near future due to their danger. Do you want to know which countries are the riskiest to travel to?

For your safety, avoid certain countries 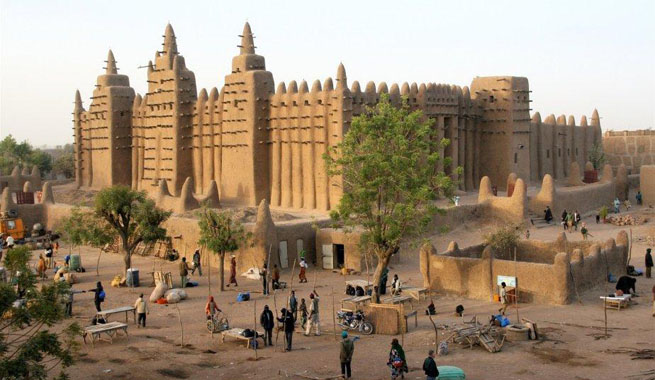 The map has been organized by colors, establishing five categories of risk: from least to most dangerous, it would be Normal security measures , High degree of caution , Avoid some areas , Avoid traveling unless necessary and Avoid all types of travel .

It must be said that in this classification of the most dangerous places for tourists on planet Earth, some cultural and ideological prejudices have also intervened, although it never hurts to take precautions, especially in what affects our security. The same happens with the most dangerous cities in the world. They are best avoided until they become safer for visitors.

📖  Travel to Santa Catarina in Brazil

Thus, the United States considers it dangerous to travel to North Africa, the Middle East and some Asian countries such as North Korea. Conflicts of a political or religious nature, or extreme situations of crisis and poverty are some of the reasons why the risk that tourists run in these places increases.

In Spain, different classifications of countries and destinations to which it is not advisable to travel at the moment have also been carried out on other occasions. These lists are made based on different criteria. For example, you should not travel under any circumstances to countries such as Afghanistan, Chad, Iraq, Somalia, Yemen, among others. There are also countries where tourism is very dangerous , such as Bangladesh, Indonesia, Pakistan, Sierra Leone, Burundi, etc.