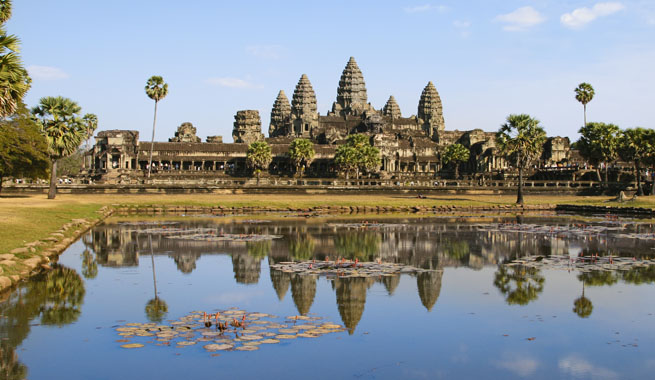 One of the most magical and mysterious places in the world is in Cambodia. It is the Ta Prohm temple , which belongs to the archaeological complex of Angkor. Located near the city of Siem Reap, it is a very special corner lost in the middle of the jungle.

It is an ancient Buddhist monastery dating from the 12th century. It was the center of Khmer civilization, in whose dominions more than 3,000 villages were established. Eventually the Khmer empire disappeared and the temple was abandoned. Since then, the vegetation has slowly enclosed and embraced it until it became the magical and special place that it is today.

In a magical state of abandonment 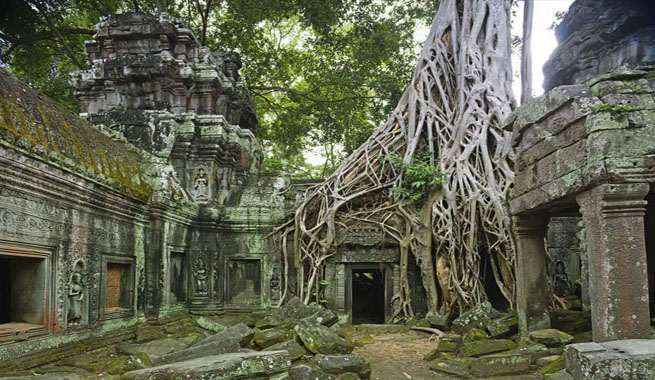 It has been forgotten since the 15th century and, from that moment on, powerful nature has conquered it little by little. The gnarled roots of the silk cotton trees (bombax) have hugged the stone of the monastery to create a unique landscape. So much so, that the Ta Prohm temple was chosen as the setting to film some scenes for the movie Tomb Raider , starring Angelina Jolie. It is a curious, special place. Do not miss it if you travel there this summer, and include it in your list of things to see in Cambodia.

📖  Eat during the trip

The temple is located just over a kilometer from Angkor Thorn . Its central part rises on a small hill, around which are distributed five rectangular spaces that once housed different social structures such as a library, the House of Fire or the Dancers’ room. There are numerous sculptures , many of which depict King Jayavarman VII, who had the temple built, and other members of his family.

Already in the twentieth century, when the restoration of Angkor began, the experts decided to leave it as is , so that the power of nature over human works could be observed, although some work was carried out to reinforce and preserve its structure. .

📖  The most beautiful cities in Asia