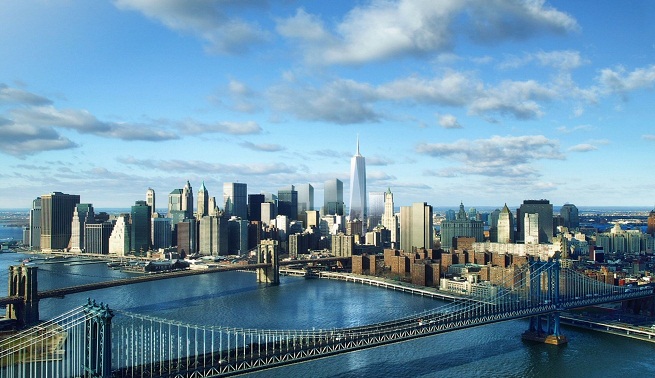 The Freedom Tower in New York is the new construction that has been carried out in the place where the Twin Towers were and that disappeared with the attacks of September 11, 2011. This area is one of the most visited places in the city. city, so this tower will become in a very short time one of the most photographed buildings in the world. It is not completely finished yet but it is known that it will become the tallest building in the city.

It will be inaugurated in 2013 since there are still many things left to finish it, currently being 381 meters high but still missing a few, which means that it will not only be the highest in the city but it will also be higher than the Twin Towers. A tribute "in style" for all those people who unfortunately became victims of a brutal attack that undoubtedly changed the history of that country.

It will be located at "1WTC", the initials for "World Trade Center" , which is what the Twin Towers were called. Its final height will be 541 meters , spread over 104 floors and only behind the Burj Dubai tower in the East. There will be almost 250,000 square meters of space for offices and its design is very futuristic since it seems square but as it gains height it seems to be rotating, so it is very beautiful and original.

The Freedom Tower (which translates to "Freedom Tower" ), began construction after much debate about what should be built on a site that was the epicenter of so much damage that was done to the United States. Many people wanted nothing to be built and that the site simply be empty. Proposals were also presented to make different monuments in honor of the victims, but finally it was decided to rebuild offices. Nothing better to make it clear that there is no fear than to put back what was before.

📖  6 countries where it is legal to be a surrogate mother